We now cross live to the SCG Trust, where, in an email to members Chair Tony Shepherd has just "set the record straight" on "why we are rebuilding Allianz Stadium, and…"

And a point of order before you go on, Mr Chair, if you please. At the moment it is not that you are rebuilding it. Despite all the hoopla over the last week or so about how the Souths/Roosters match being the last game played there after 30 years, as you know well the position remains: you are currently seeking permissions to knock it down. That permission may not be forthcoming, or at least not as quickly as you need it. The NSW Opposition, for starters – with concerns that due process has not been followed – has sought legal advice on the possibility of seeking an injunction to thwart it all going ahead.

And if the stadium is still standing at the March election next year, they have committed to stopping the madness of #StadiumSplurge. 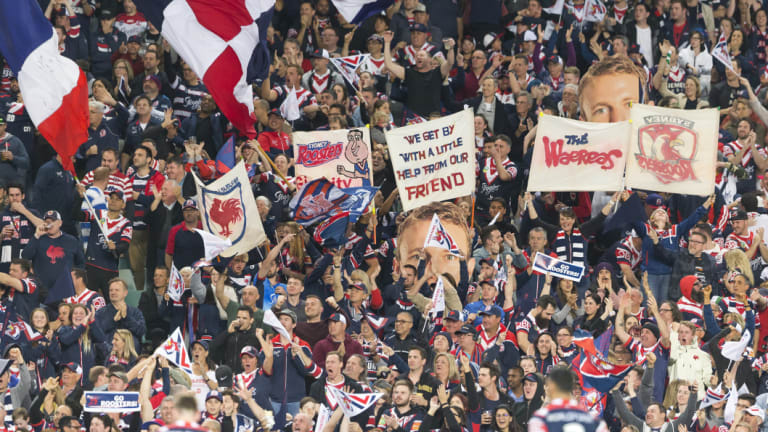 But, do go on SCG Trust Chairman Tony Shepherd.

"Lord Justice Taylor’s closing remarks at the end of the inquiry into the Hillsborough disaster in the UK are as relevant now as they were then. In delivering his findings into the eventual death of 96 Liverpool fans, he said: 'The enemy of safety is complacency.' Lord Taylor’s report, completed in 1990, had massive ramifications for stadium design all around the world, putting the focus firmly on patron safety and comfort for the first time in the history of modern sport. Sadly, the Sydney Football Stadium was designed in the mid-1980s and …"

And Mr Chair, can you be freaking serious? You, too, like Alan Jones, are now invoking the Hillsborough disaster as a possibility for the SFS? After all the other arguments have been blown away, this is the one you are left with?

That tragedy, as you know, turned on an impossible number of people wanting to get into too small a space, when two standing-room-only central pens were so packed with supporters that the police opened an exit gate to let them out, only to have more supporters outside crush in. 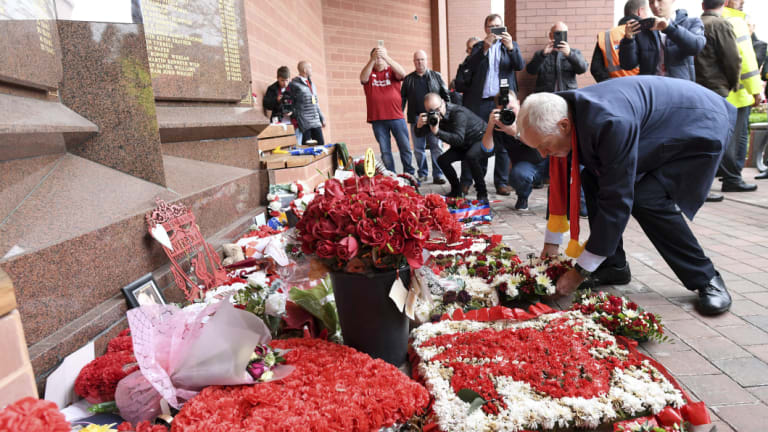 Three questions for you:

1. Does that scenario sound remotely possible at the Sydney Football Stadium? We don’t have standing-room-only pens, so how could something like Hillsborough eventuate? We don’t have crowds like that, rushing in like mad things, and even if we did, the only thing between our people and the field is a very low fence that people would just jump over to relieve the pressure – not the hard iron fence at Hillsborough that people were crushed against.

2. If you do insist that the SFS actually risks being a Hillsborough, how on earth did you or the government let last Saturday night’s final go ahead? You seriously thought there was a risk of 100 people dying, and somehow – ignoring your duty of care, to preserve the safety of spectators – the match was allowed to proceed?

3. If the risk of another Hillsborough is the primary reason to knock it down, why wasn’t that invoked when Premier Mike Baird first pulled away from knocking it down, three years ago? Why, when it came up in November last year, did Minister Stuart Ayres offer the primary reason for knocking it over as being because there weren’t enough toilets for women or people with disabilities? Why was the thrust of the Premier’s reasoning that it would super-charge the economy, with no mention of the Hillsborough Doomsday scenario?

But still you insist that if the SFS stays standing, "the potential consequences that we’ve been advised of by a series of independent experts are frightening – too frightening to ignore at this stage".

Who are those independent experts, Mr Shepherd? Who, with no skin in the game bar public safety, has come out and insisted that the whole thing is unsafe? I don’t say they don’t exist, but on such an important issue why aren’t they blaring it?

"The other misconception," you say, "is that this is some sort of maintenance issue and the Trust should have spent more money fixing up the SFS. Demonstrably wrong."

Can you have it both ways, Mr Chair? Can you have Minister Ayres saying it is a "rust bucket", and also say it was properly maintained? Which one is it?

If you insist that the SFS risks being a Hillsborough, how on earth did you or the government let last Saturday night’s final go ahead?

I could go on at some length – and as a matter of fact would love to on the morning of November 9 for the Western Sydney Forum at the Sofitel Hotel. I’ve been invited for a debate on the subject, but so far neither you, nor the Premier, nor the sports minister, nor Alan Jones are available to be on the other side, speaking for the stadiums.

How can this be, Mr Chair? If your case is so strong, surely you can have somebody argue for it in public?

In the meantime, Tony, you and I know each other reasonably well, so let me be frank. Of all the ludicrous reasons put forth, the most ludicrous is that we risk a Hillsborough disaster by not knocking it over. If, after all the other arguments have been knocked over, this is the only argument left, I respectfully submit that it is game over.