Banish any thought of an off-duty Ireland hitting Australian shores next month. Victorious Leinster five-eighth Johnny Sexton has trained his gaze on a series win against the Wallabies to cap a magic season for his province and country.

Sexton helped steer Leinster to a record-equalling fourth European Champions Cup victory against Racing 92 in Bilbao on Saturday and wasted no time identifying the next item on his 2018 bucket list. 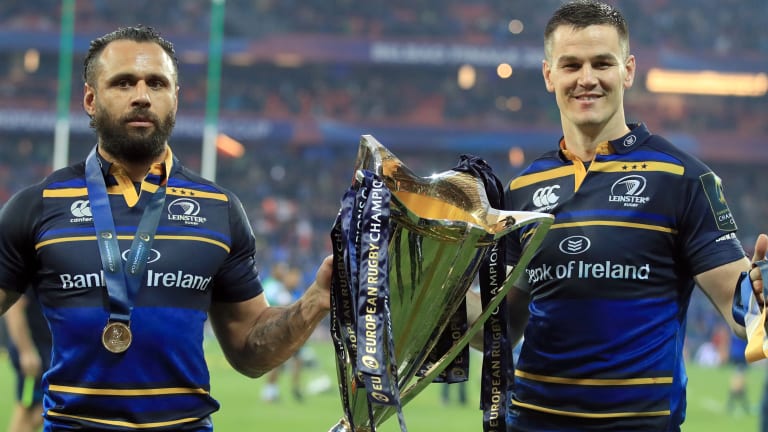 Last frontier: Sexton, right, has Australia in his sights after a magic season for Ireland and Leinster

Having tasted victory as part of Ireland's grand slam-winning Six Nations campaign and added a Champions Cup with Leinster to the pile, the 32-year-old has already set his sights on the Wallabies.

"It hasn’t really sunk in. If you were to tell me at the start of the season that I’d win a Grand Slam, be unbeaten and win in Europe I’d have bitten your hand off," Sexton said after Leinster's 15-12 win in Spain. "I’m so happy. We’ve got a big game next week and hopefully we get to another final. Then, there’s the tour to Australia, so it’s one last push to make it that dream season. The young guys are hungry and it’s important the older players stay hungry. I’ve spoken to Brian O’Driscoll about how he wanted to finish with wins, to finish in the right way." 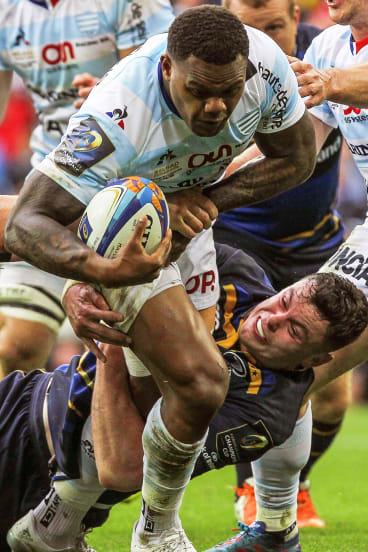 After storming their way through the competition, Leinster were forced into an arm wrestle against the French Racing, who lost marquee No.10 Dan Carter to injury before kick-off. Sexton slotted three penalties and captain Isa Nacewa kicked two, the last of which sealed the result with 90 seconds left on the clock.

It was the Dublin-based province's fourth Cup win, adding to their titles in 2012, 2011 and 2009. It was Wallabies coach Michael Cheika who coached Leinster to their maiden Cup. His captain then was Leo Cullen, their current head coach. Between Cullen and Cheika, none other than current Ireland boss Joe Schmidt was in charge.

But there will be plenty of lesser-known talents on their way too, such as the 21-year-old second-rower awarded man of the match on Saturday. James Ryan is 203 centimetres tall and 108 kilograms and he made his international bow last year before he had even debuted for Leinster.

One season into his professional career, he is something of a good luck charm for Ireland, having never lost a match – for country or province – in that time. Billed as either the next Paul O'Connell (Ireland great in the making) or the next Maro Itoje (precocious young talent), Ryan will be a player to watch against the Wallabies.