Former Sydney Kings centre Isaac Humphries has become the latest Australian to enter the NBA – though it’s likely he will start the season in the G-League.

The Atlanta Hawks announced on Tuesday they had signed Humphries to what is likely to be a non-guaranteed deal, with US media reporting he is expected to join up with the Erie BayHawks, Atlanta's G-League affiliate. 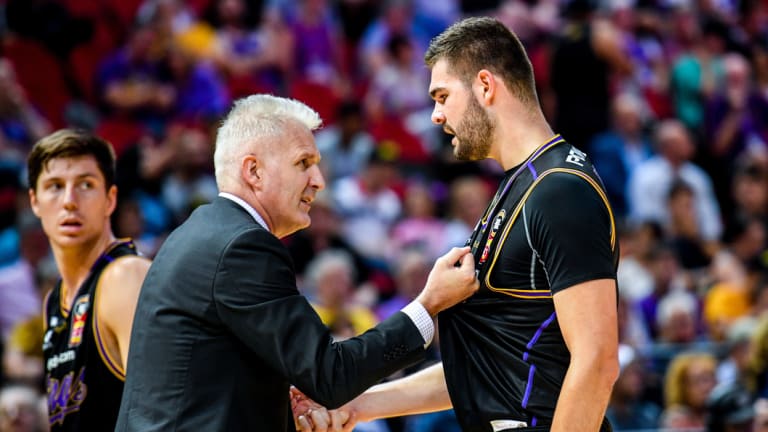 Former Sydney King Isaac Humphries has been picked up by Atlanta.Credit:AAP

Teams regularly sign players for their development team during pre-season as it gives them priority ahead of other sides in signing them to the G-League.

Humphries is now just a step from the NBA and with a side projected to be outside the playoff race this season, which could well open possibilities for an NBA debut later in the campaign.

By not signing as a "two-way player" he would also be eligible for a call-up to other NBA sides later in the season.

The Sydney-raised 20-year-old played for the Kings last season, winning the NBL rookie of the year award before finishing his campaign in Europe with Serbian club FMP Beograd. He then declined to re-sign with the Kings, aiming to remain in Europe.

But the NBA offer has appeared too compelling and with the BayHawks not opening their season until November 9, he will have the next month to adjust to NBA rules and prepare for the new season.

Fellow Australians Mitch Creek (Brooklyn Nets) and Deng Adel (Toronto Raptors) are also right on the edge of NBA rosters and could start the season in the G-League if they can’t secure roster places.

As it stands there are 11 Australians in the NBA with Creek, Adel and Humphries all on non-guaranteed deals.