For the first time in 60 years, the Italians will be watching the tournament from their sofas having crashed out in the play-offs to Sweden. 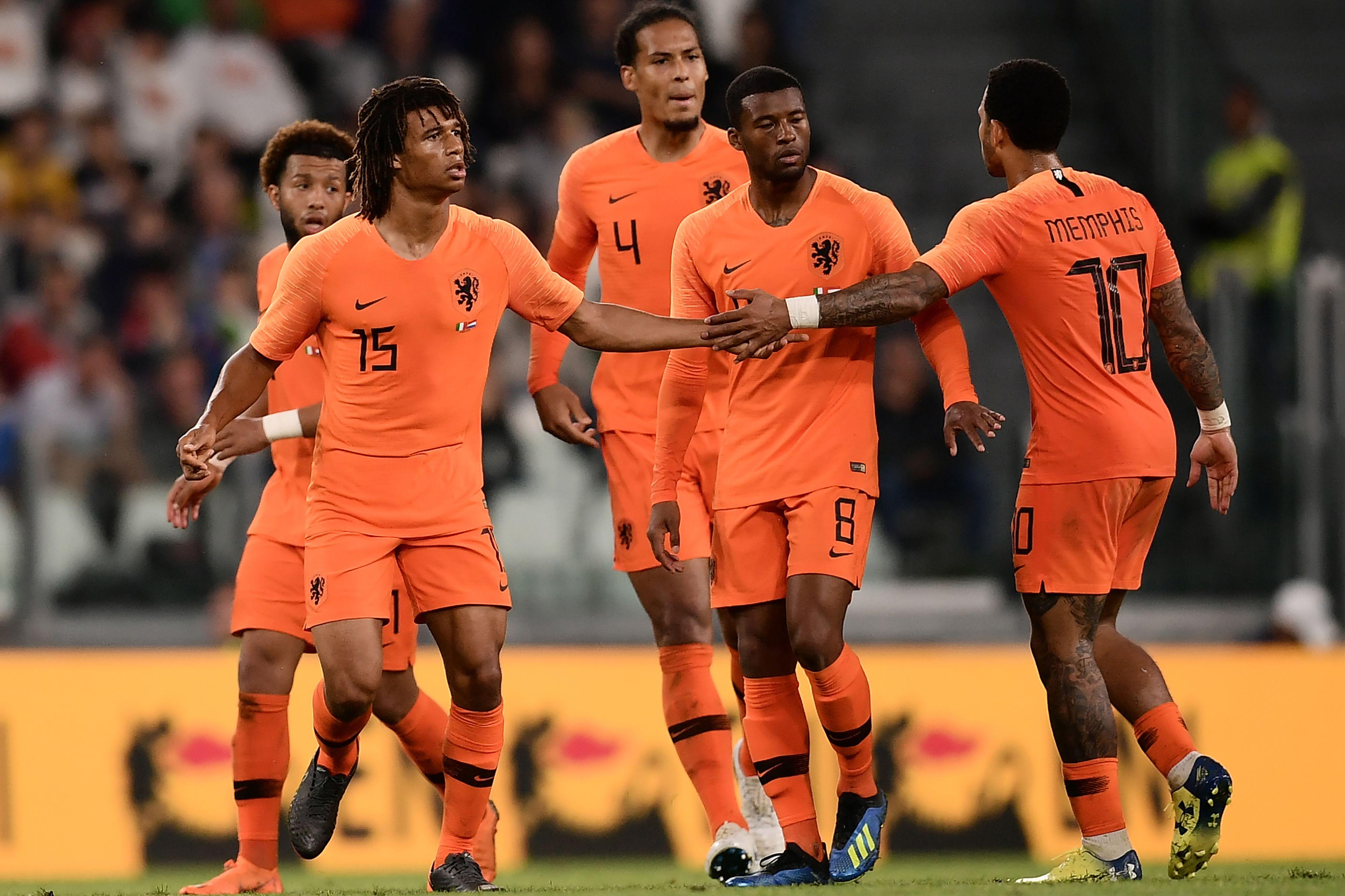 But the two European giants came together at the Allianz Arena in Turin in a feisty affair.

Jorginho, Napoli's midfielder who is heading for Manchester City, was given his chance to impress in the middle.

But with the likes of Andrea Belotti and Lorenzo Insigne on show, it was former West Ham flop Simone Zaza who scored the game's first goal. 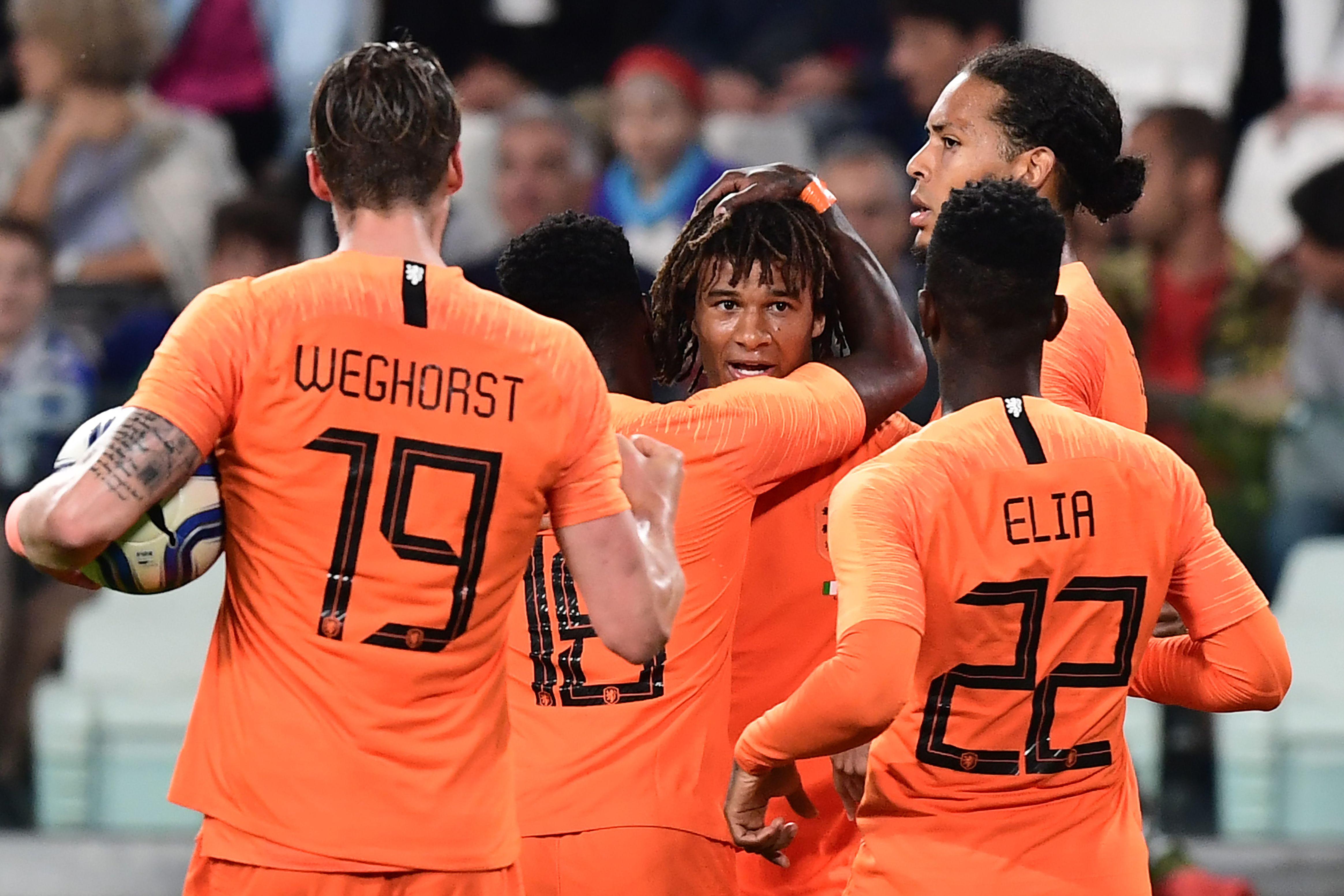 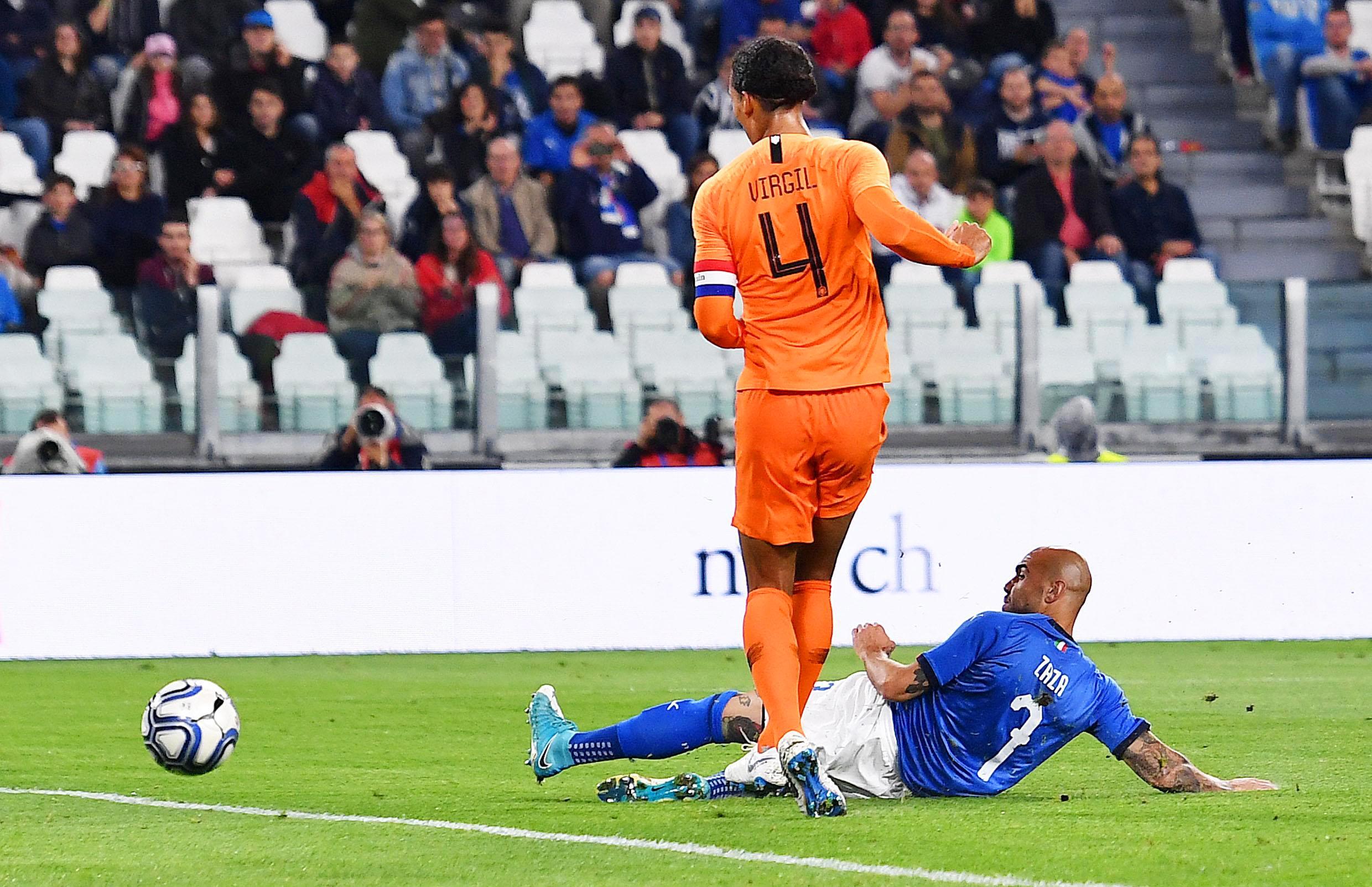 A dull first half came to life in the second when Federico Chiesa produced a terrific run down the right.

Zaza beat Virgil van Dijk to his cross and poked the ball into the net.

The Liverpool defender and United's Daley Blind won't want to see their role in the strike again with the Red Devils man showing a worrying lack of pace and positional awareness. 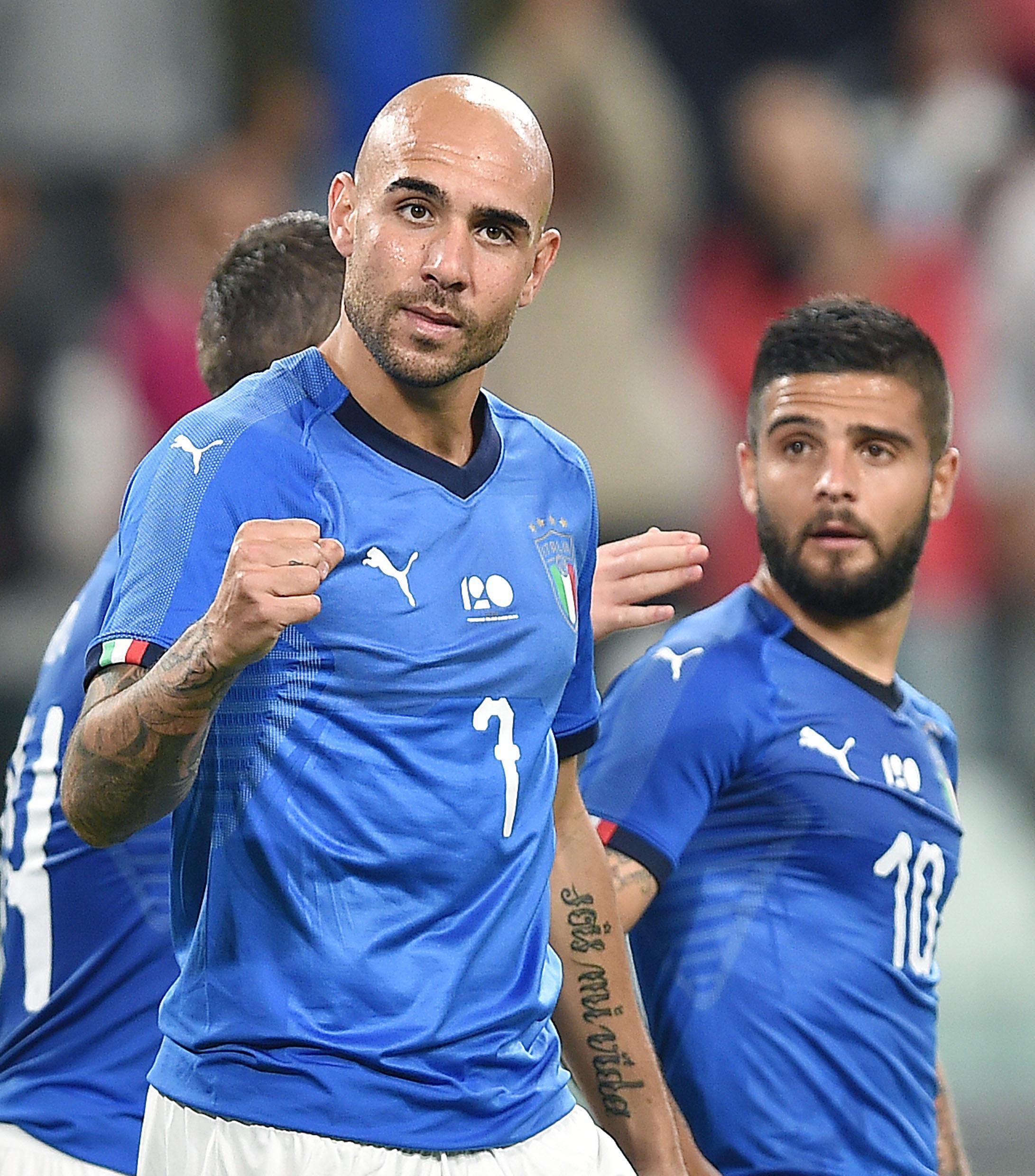 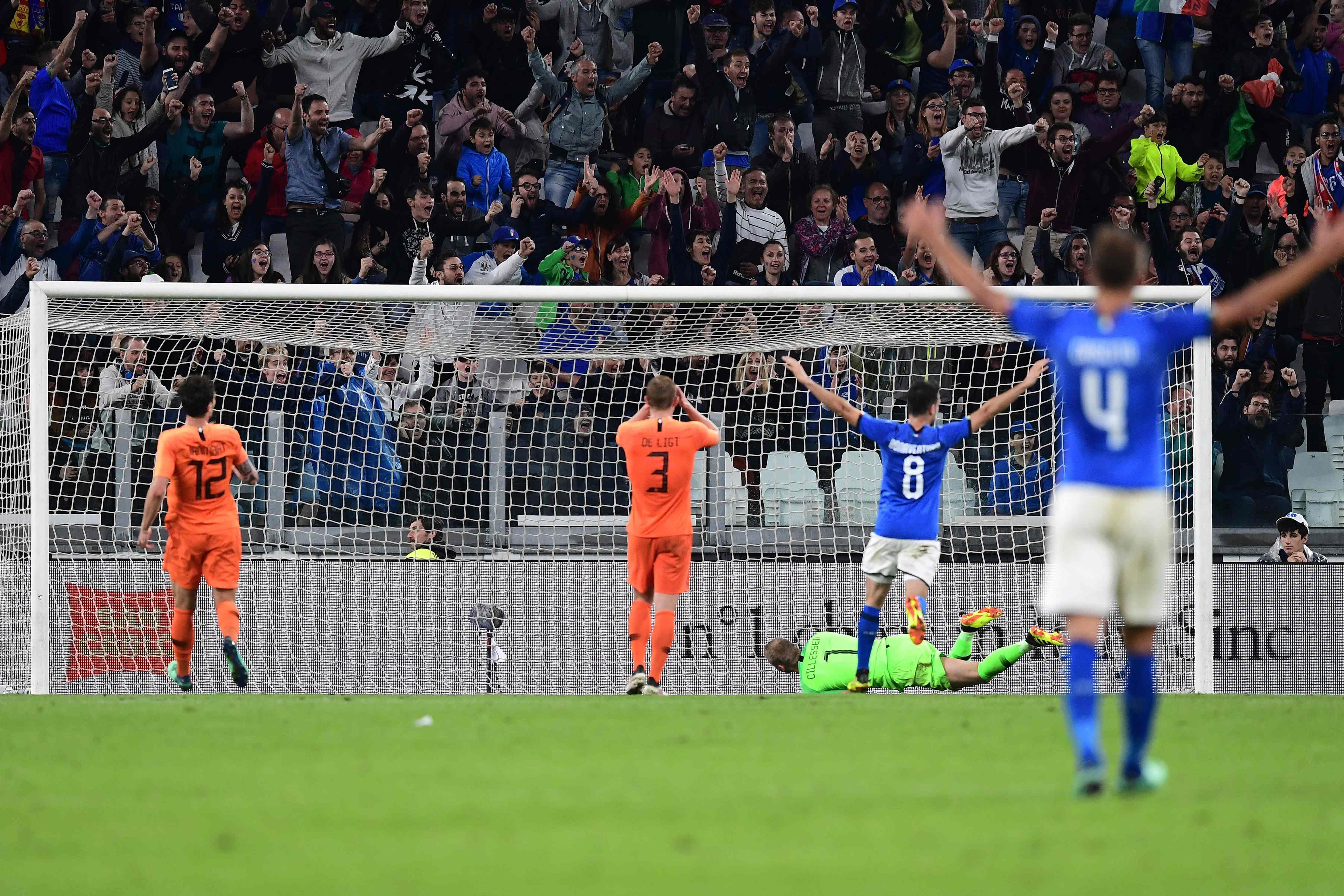 SIX SHOOTER Salvatore Schillaci: The hot-blooded Sicilian rose to fame at Italia ’90 by picking up the Golden Boot and later went into politics sporting a fuller head of hair 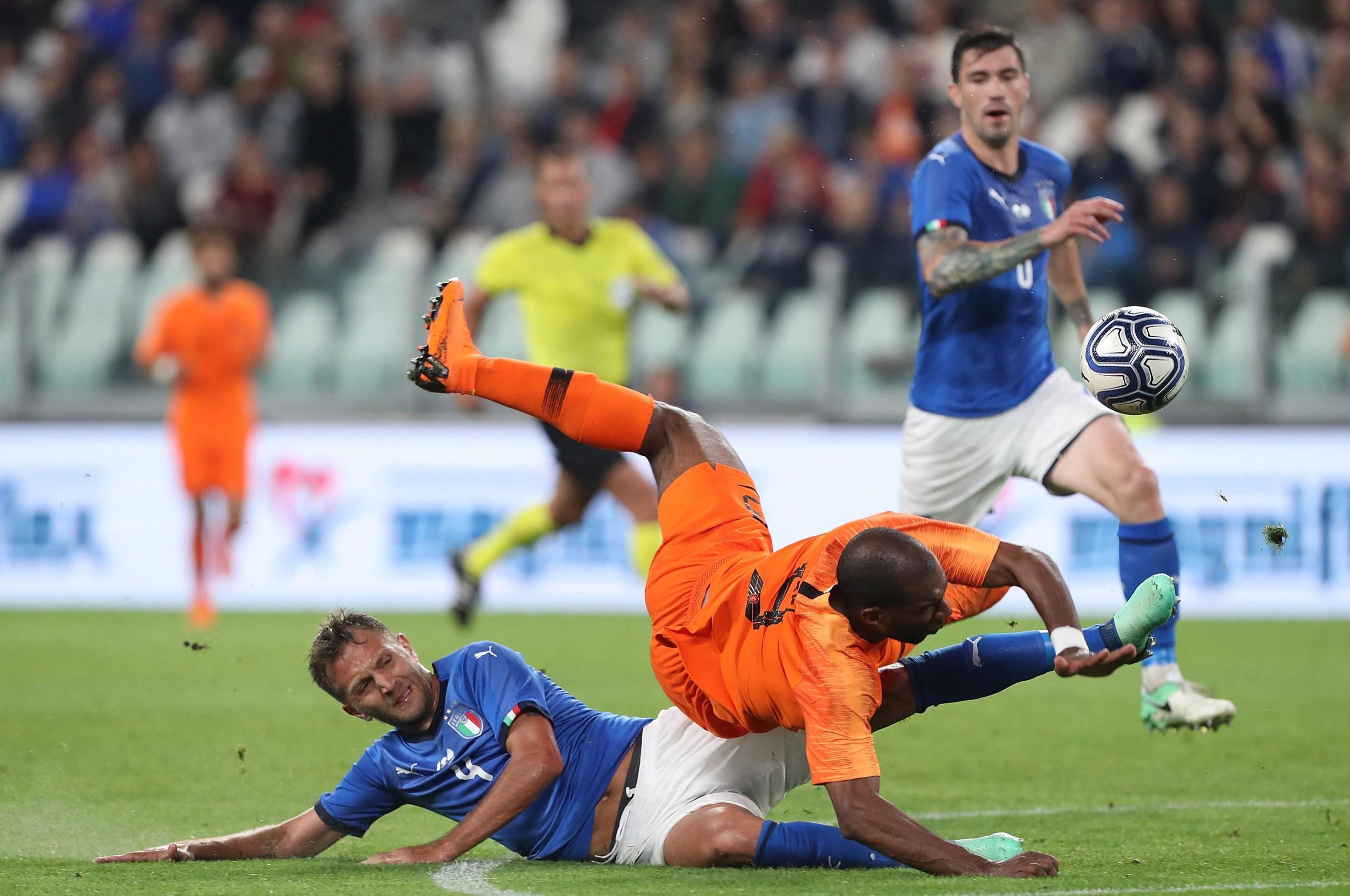 Just a minute later left-back was shown a straight red card when Domenico Criscito produced a last gasp challenge on Ryan Babel but failed to win the ball.

With the game heading into its final embers, Ake headed in a deep cross to ruin Roberto Mancini's chance of grabbing his first win as Italy boss.