The eight-time Olympic champion Bolt has been trialling at the Mariners for most of the past two months in a bid to earn a contract.

He scored two goals in a pre-season game last week and knocked back an offer to play in Malta.

Bolt wasn't included in the Mariners squad for their opening A-League game in Brisbane on Sunday.

Mariners coach Mike Mulvey has frequently said the club may not make a final decision on Bolt until January.

Babbel, who was capped 51 times for Germany, will make his debut as an A-League coach in Perth on Sunday.

Before Wanderers training on Friday, Babbel reiterated his misgivings about Bolt. 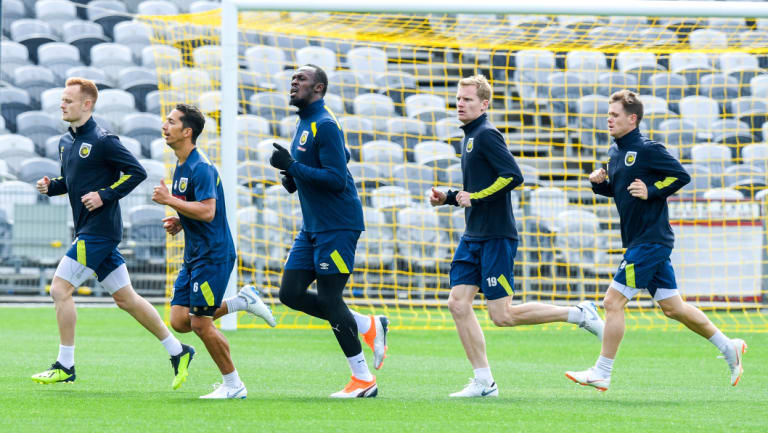 Will Usain Bolt earn a contract at the Mariners?Credit:AAP

He described Bolt as a legend and fantastic person, but said it was difficult to change sports because of the different movements involved in athletics and soccer.

"If it's possible many, many other people would do it, for me it's not working," Babbel said.

"For the A-League it was a fantastic period, it was top, but I can't believe that he will play in the A-League."

Speaking to Swiss newspaper Blick, Babbel made it clear he didn't think Bolt was good enough to play in Australia's domestic competition.

"The A-League receives much attention from him, but honestly, I cannot take that seriously," Babbel told Blick.