ITV Racing best tips: Templegate's ultimate guide to the Ascot action on the telly will help you pick a winner

TEMPLEGATE goes through all the action on TV today from Ascot.

No fans are allowed to the famed track but that doesn't mean you can't be celebrating at home after backing a winner. 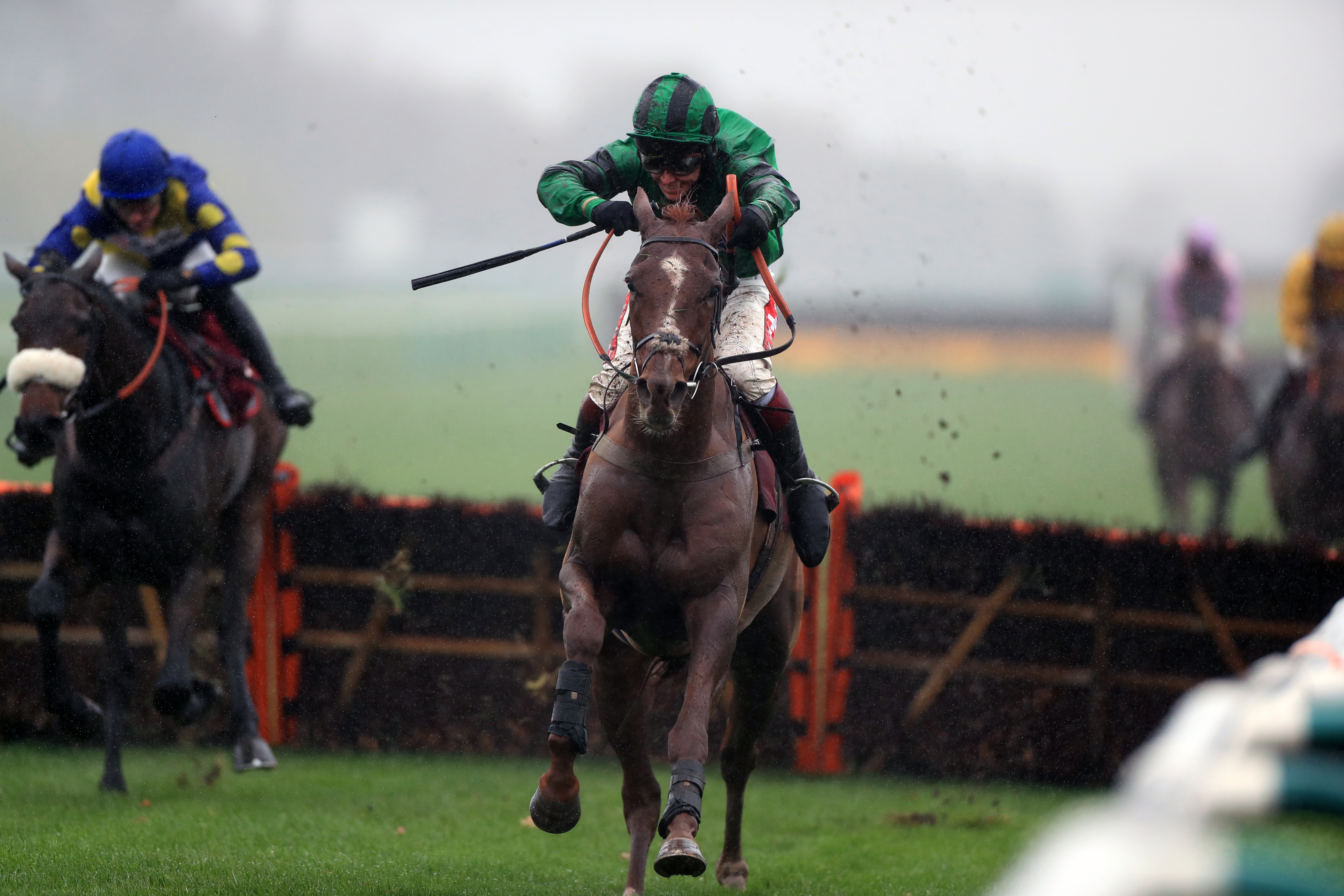 Richard Johnson stays on board and can guide him to another big win for in-form trainer Tom Symonds.

Here’s my guide to all today’s ITV4 action.

1.20 ASCOT: EVERGLOW showed promise when placed in a Listed bumper before being thrown into the deep end of a Chepstow Grade 2 for his hurdling debut.

He improved on that when second to a useful type back at the Welsh track last time and has much more to come.

Nickelsonthedime enjoyed the mud when going close at Uttoxeter last month. This longer trip will suit as he looks a real stayer.

Ernesto was a Listed winner on the Flat in Germany and is fit from a spin on the all-weather ahead of this first run over jumps.

He stayed well on the level and should make a hurdler.

Fearless Fracas left his modest bumper form behind with a good second tackling timber for the first time at Newcastle. He should improve for that experience.

In The Detail was a non-runner at Hereford yesterday and can’t be ruled out if coming here. He improved for going up in trip at Huntingdon latest.

1.35 NAVAN: HOLYMACAPONY was highly impressive for a newcomer when walking home in a big field at Punchestown last month.

He jumped like an old hand and was value for a lot further than the eight-length margin. This is a hike in grade but he’s getting weight from his rivals and should have a lot more to offer.

Fakiera is proven in these testing conditions as he showed when taking a Grade 3 over course and distance 26 days ago. He should go close again despite top weight.

Fighter Allen improved on debut for Willie Mullins when scoring in the mud at Punchestown last month. He’s another who loves it soft and stays strongly.

Ashdale Bob got the job done here latest and can hold his own in this stronger grade.

1.55 ASCOT: SIR VALENTINE has shown some promise on his two runs over fences since switching from hurdles.

He chased home Fusil Raffles at Cheltenham on debut before he didn’t recover from a mistake when second at Wetherby latest.

He should improve for those runs and he went well over hurdles here in the mud at this meeting last year.

Numitor didn’t have a lot to beat on chase debut at Ffos Las but he did it in style. It was heavy in Wales so he should relish these conditions.

Flegmatik scored well at Carlisle before being hampered at Sandown. Dropping back to this distance looks a wise move.

Enzo D’Airy is 12lb higher than his chasing debut success at Stratford and he was a solid third at Chepstow latest.

2.30 ASCOT: LLANDINABO LAD was impressive when taking a Haydock Listed contest in the mud last month.

He powered through the ground and more than matched his debut success at Bangor. This trip is ideal and he has lots to build on.

My Drogo didn’t have to get out of second gear to score at Newbury. That was his first contest at this level and looks the type to take a big step forward.

No Ordinary Joe sauntered home in a Sandown bumper 40 days ago and could be anything for Nicky Henderson.

Shantou Express stepped up to 2m4f for a Sedgefield success on the back of a speedy win at Exeter. His stamina will be an asset in this ground.

Soaring Glory fell in front as 1-8 shot at Wetherby latest and could easily bounce back. Press Your Luck shapes as though further would be ideal but won nicely at Uttoxeter.

3.05 ASCOT: Nicky Henderson throws ALLART into the deep end of this Grade 2 for his chasing debut so he must have been showing plenty at home.

He was last seen finishing fifth in the Supreme Novices’ Hurdle at Cheltenham but he looks a natural chaser.

The yard won this 12 months ago and can go close again.

Pic D’Orhy was going well before falling three out in the race won here by Chantry House in November. He was a useful hurdler and will be a threat if bouncing back.

Fiddlerontheroof has a chase win on his CV and he was just run out of a Newbury Grade 2 in the run-in.

Colin Tizzard’s horses are a little in and out this season but he has enough talent to figure.

Antunes battled well to score in the mud at Chepstow and can outrun his odds.