Eighteen months later, race 1, No.1, J McDonald. Winner. What else? Over the loud speaker, the race broadcast bellowed "J-Mac's back". It was like he had never been away.

A few claps echoed around the almost desolate Warwick Farm track. Some hearty patron yelled his approval from the near empty grandstand. "Good onya J-Mac". Punters love a winner, perhaps more so when they know he was once partial to backing himself to win, too. 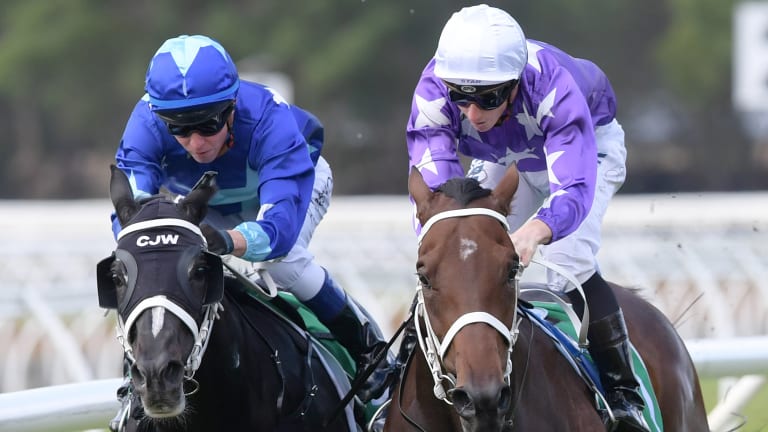 Has a man who has been kicked out of his sport for 18 months ever returned with a popularity as inflated as this?

James McDonald's family and girlfriend Katelyn Mallyon, an accomplished jockey herself, parked themselves anonymously in the ancient grandstand dotted with just a few avid souls. His folks had flown in from New Zealand for the occasion.

He walked out of the jockeys' room before the first flashing that cheeky grin. He returned a few minutes later with it a touch wider.

"I didn't need a tight finish to start the day," McDonald puffed as he hopped off $1.75 favourite Cormac, his first competitive ride and winner since being outed for 18 months for backing one of his own horses to win.

But he would have given anything to get a winner so quickly. And it didn't take long to get one. The question in racing circles is not if McDonald will get near the top again, but how fast? Rugby league loves a tale of redemption, racing has a whole bookshelf full of them.

Damien Oliver won a Melbourne Cup a few months after a puny nine-month ban for betting on a horse he was riding against in a race. Realising the error of their ways, Australian lawmakers implemented far stiffer mandatory penalties for jockeys done for betting offences thereafter.

McDonald bore the brunt of it, even though his supporters will argue he only bet on himself to win – and not lose. Yet, it might have been the best thing to happen to him. By his own admission, he's a changed man. For someone who has known nothing but riding horses since an adolescent, he's lived a normal life for a year-and-a-half.

"It's probably been well documented over the last week how much I've matured," McDonald said after finishing with a double courtesy of Monasterio for Chris Waller, who prepared five of the seven winners on the day. Hopefully this is the start of bigger and better things. I've got to move on and this is a good starting point."

Australia's premier group 1 trainer Waller provided McDonald's first and second winners at the Farm. The former was a horse owned by Denise Martin's Star Thoroughbreds, one of the leading syndicators in the country. 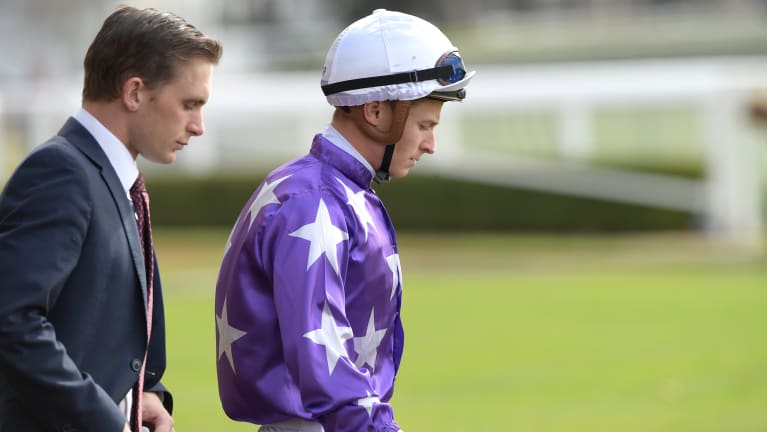 If that is the support you get on your first day back, what will come in the future?

"He's professional and a wonderful rider," beamed Martin, who subsequently won the second race of the day with Pembroke Castle. "He was hard to get. I was trying to think with James [how much we used to use him], but he was hard to access because he is such a great rider. He's a tremendous addition to the ranks. First race, No.1 … we're very happy."

He’s worked extremely hard, he’s remained incredibly humble and consequently he’s come back as a man with a good mindset

But none more than John O'Shea, who was his old boss at Godolphin when McDonald was one of the country's highest earning athletes as their retained rider. O'Shea brought McDonald over from New Zealand years before that. They've both went their separate ways from the global racing giant, yet remain as close as ever.

“I’m obviously very proud of him,” O'Shea said. “The period of time he had off could have gone a number of ways. “He could have got heavy, he could have sulked, but instead he embraced the time off and learnt from him. He’s worked extremely hard, he’s remained incredibly humble and consequently he’s come back as a man with a good mindset and you just saw there, it’s like he never left."