Out of sorts Brisbane recruit Jack Bird looks set to drop out of the NRL side to play the Sydney Roosters on Friday.

Lured north from Cronulla on a four-year deal reportedly worth $3.5 million, the high-profile utility has struggled to make an impact at the Broncos and trained with the reserves at Red Hill on Tuesday. 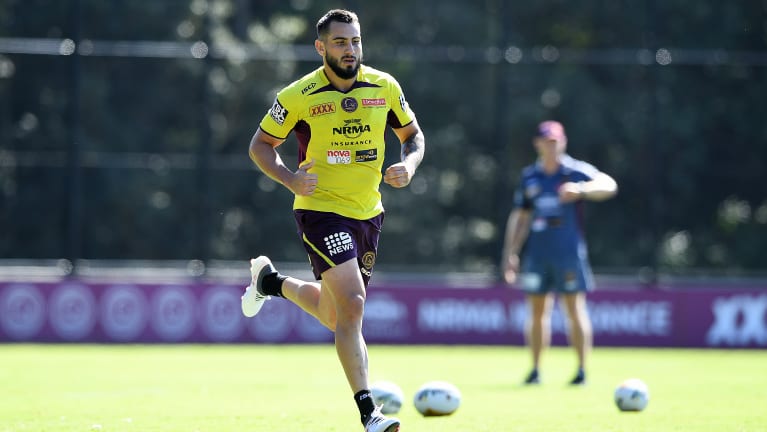 Teammate Andrew McCullough said he needed some time on the sidelines and away from the spotlight to get his body and mind right.

"It looks that way, I think his sternum injury has given him a bit of grief, anyone that knows what sternum injuries are like, they're pretty sore," the Brisbane hooker said.

"It'll take a bit of pressure off (being dropped) and make sure he gets his sternum right and mind right.

McCullough said Patrick Mago and Gehamat Shibasaki were both in the frame to play on Friday night after the pair rotated in and out of the squad's top squad at training.

"It's exciting, it's a great challenge," McCulloch said of the task in front of the ninth-placed club.

"What the club needs is a few of those senior boys to step up and younger guys as well."