Jack Viney was 16. He had very set ideas about what made an elite footballer. It was all ice baths, teetotalism, and no fun. Football was serious. There was no room for shortcuts. Then he got the chance to meet Chris Judd.

“Chris Judd was my favourite player, and I was fortunate enough to get a sit-down with Juddy and just ask him a few questions about how he went about football. He probably doesn’t remember it,” Viney told The Age this week. 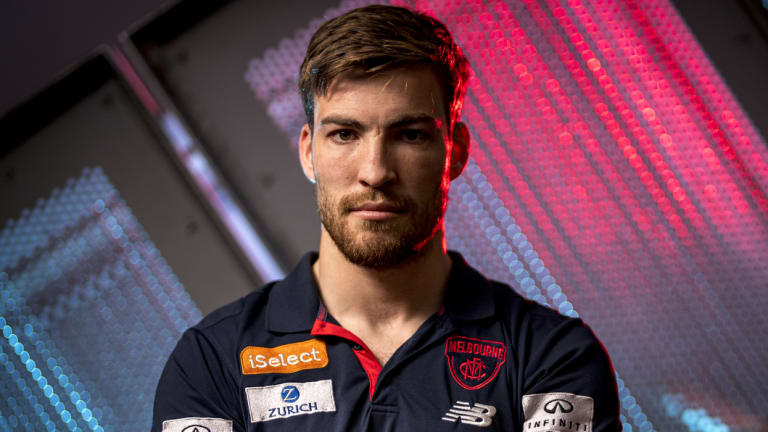 A discussion with Chris Judd was an eye-opener for Jack Viney.

Viney is wrong. Judd remembers it.

“[I] just remember that he was super impressive even then as a young kid,” Judd said.

“You could tell how focused he was and he appeared to have traits that showed him to be more driven than your average player.”

Focused indeed. Judd was right, Viney had a single-mindedness that has never really gone away and continues to pervade his football.

But the teenage star did at least see that not everything was black and white. Even the great, diligent, uber-professional Chris Judd would treat himself. There had to be time to let your hair down.

“That was probably my first eye-opener. I had this idea that you had to be doing ice baths, you couldn’t drink alcohol, you just had to be so strict in everything you did,” Viney said.

“When I sat down with him, he was the best player in the competition. He was like ‘I’ll drink when I want and I don’t really do ice baths.’ I was like, ‘Oh shit!’ That was a pretty big eye-opener.”

That’s not to say Viney hasn’t kept up standards. When he first arrived at Melbourne he was in a hurry, and made his thoughts known in team meetings. He thought there was a wrong way and a right way to do things. He wasn’t exactly mellow.

Back then the Demons were in a bad way. In Viney’s first year on the senior list, Mark Neeld got sacked and the Dees won just two games.

Jack wanted things to change. He was trying to set standards.

“When I came into the club I was just very, ‘If you’re not here until six o’clock at night doing ice baths then you’re not a professional.’ That was what I saw as elite football. But that’s not the case. People get the best out of themselves in different ways, and I’ve had to understand that. I’m still learning that.''

“Early days I think it was his way or the highway. But that’s pretty normal when you’re 18 or 19.”

Explaining his process of maturation, Jack points out that he’s always been keen to learn. That early meeting with Judd was one example, but there were also sessions with Sam Mitchell, who worked with Todd at Hawthorn, former Melbourne Storm star Cooper Cronk, Demons chief executive Peter Jackson and the club’s leadership and culture guru Jim Plunkett. Fellow co-captain Nathan Jones, and coach Simon Goodwin, have also been there to provide support.

Early days I think it was his way or the highway. But that’s pretty normal when you’re 18 or 19.

“I’m not stubborn to not know when there’s an opportunity to get better,” Jack said.

For a player as intense as he is, Jack isn’t a compulsive watcher of other games. He has other interests, like his studies in finance and property, and is more than happy just to spend time with fiance Charlotte and their Instagram-famous dog Sebastian.

Jack doesn’t know what life at an AFL club would be without having his father there. The pair have had to manage their relationship, where there had clearly been room for conflict, with Todd heavily involved in list-management decisions. Viney senior and junior both suggest they have handled the potentially tricky situation well. 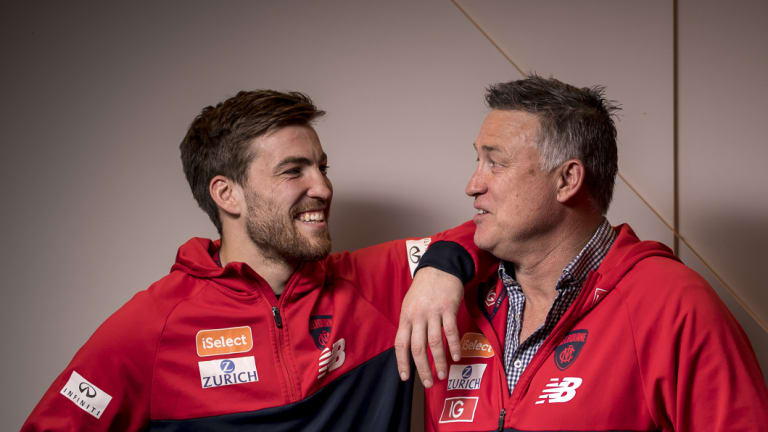 “We sort of keep out of each other’s way. I’ve been list manager for a few years now. Anything that comes up to do with Jack, I make myself scarce. It seems to have worked pretty smoothly for us.

“Sometimes you ask yourself the question whether you put extra pressure on Jack, but he seems to handle it. He gets a bit of a grief every now and then from a few of the boys.”

Jack has been happy to call on his dad as a mentor, both inside and outside football. He says he regularly finds himself in Todd’s office, where the pair bounce ideas off each other.

“It’s kind of weird managing that personal relationship but also that business relationship at the same time,” Jack said.

'Besides him telling me how good he was, I don’t really have any idea of the player he was back in the day.'

“But we’re pretty good at it now. We’re both very professional, and when it comes to stuff that might cross that border we stay clear of it. I feel like we manage it very well, after many years of practice.”

For as long as Jack has played, comparisons with Todd have been drawn. It’s not surprising. Both are uncompromising midfielders, although Todd accepts his son has a bit more class as a player. 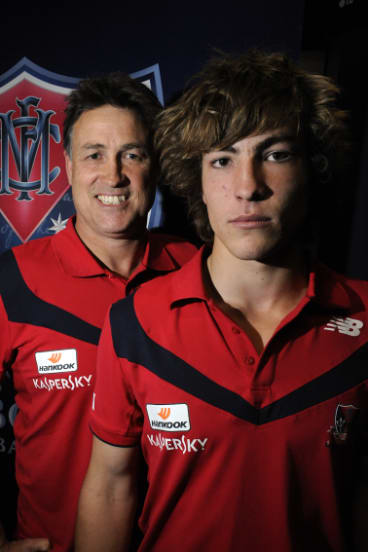 However Jack hasn’t actually seen much of Todd play. His earliest memories are not of Todd putting his head over the ball at the MCG, but of the MCC creche, where he would run amok with Garry Lyon’s son Ben.

Jack remembers mum Meg taking him into the rooms after some of Todd’s games, but the enduring sense is not a visual, but rather the smell of deep heat and oil.

“I’ve barely watched anything. Besides him telling me how good he was, I don’t really have any idea of the player he was back in the day,” Jack said.

With the Demons back in the finals after years in the football wilderness, Todd has thought back to his own playing experiences. In his first year of 1987, the Dees’ made a barnstorming run to the finals to break a drought almost double as long as the one ended by the modern-day side.

Without being asked, Todd mentions that he sees similarities between Melbourne of 2018 and 1987. Of course he’ll be hoping this time it doesn’t end in preliminary final heartache.

The look of a proud father is written on his face.

“It’s fantastic seeing him play and also getting some success,” Todd said.

“He’s been through some tough times like some of the other players who have been here for a while.

“It’s sort of just snuck up on us. He just loved playing footy as a young fella. I guess at around 16 or 17 it looked like things were maybe tracking towards an AFL career.”

In one sense, Jack can’t quite believe that he is on the cusp of captaining Melbourne to a grand final. But in another sense, it doesn’t surprise him at at all.

“It’s crazy. Probably leading up to the finals it was more that shock factor, and real thrill. But now that we’re in it we feel like we’ve got a job to do," Jack said.

He said he had been confident in getting back from the foot injury that sidelined him late in the season. And after starring in the first two finals, Jack is optimistic of stepping up his game time from the 67 per cent he played in the semi-final win over Hawthorn.