JAKE PAUL and Tyron Woodley are set to receive fight purses that are 'in the millions', it has been revealed.

Formerly athletic commissions, for example Nevada, would confirm how much fighters were due to make. 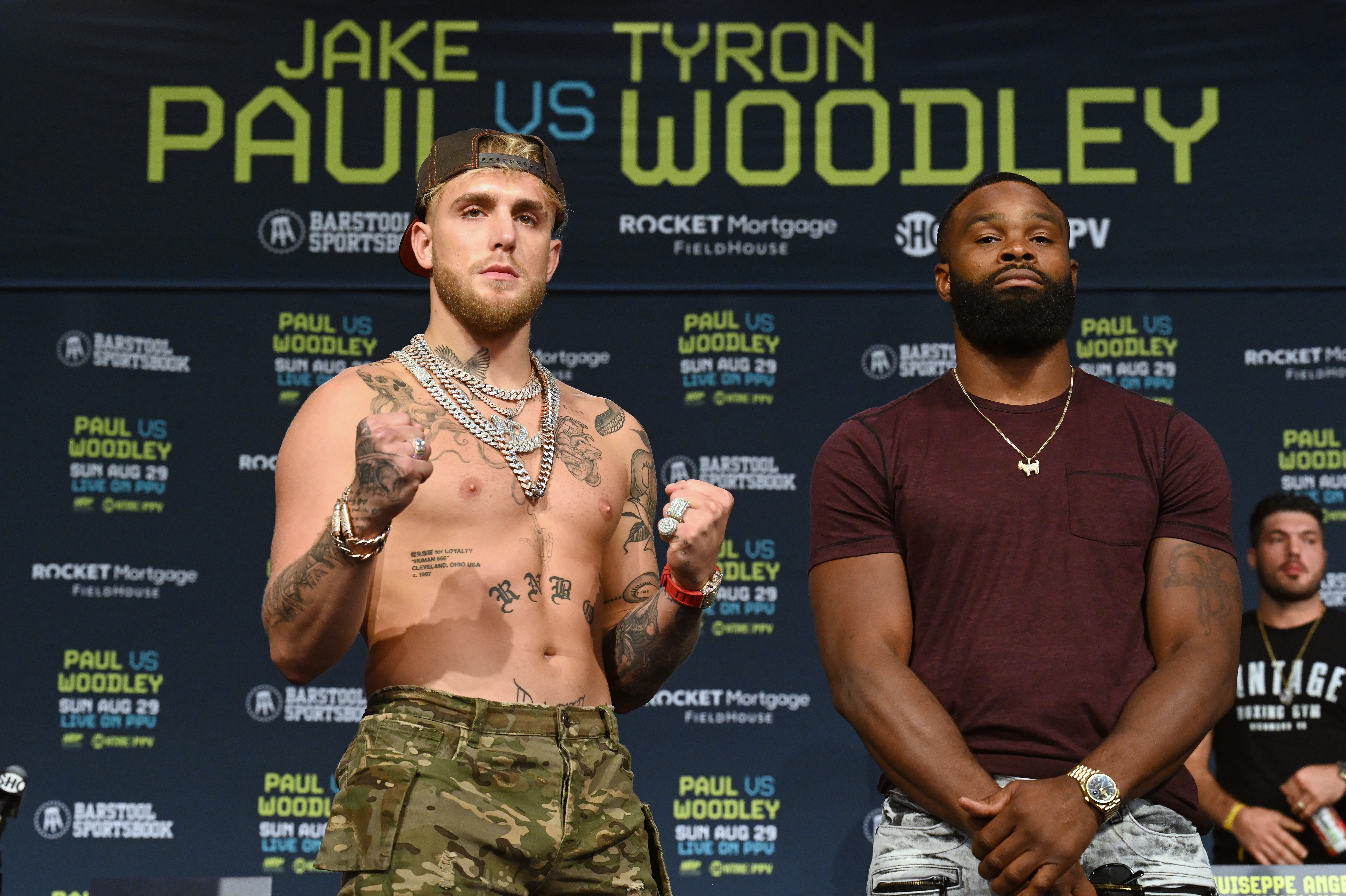 California and Arizona are among states that still provide access to fighter pay, but it is becoming otherwise more secretive.

And that will be the case when YouTube star Paul, 24, and ex-UFC champion Woodley, 39, fight over the weekend.

The pair headline at the Rocket Mortgage FieldHouse in Cleveland, Ohio, in an eight-round boxing match.

Woodley's manager Malki Kawa did reveal the MMA veteran is in line for a career-high payday, more than anything he made in the cage.

"He should walk away with a multi-million dollar payday.

"His base guarantee is in the millions already, but add on all the other extra stuff, it’s a really nice payday.”

But he claimed 1.4m PPVs were sold and with his cut of the box office, his total earnings were said to have soured into the millions.

Even UFC legend Jon Jones, 34, tweeted to congratulate Paul and hinted at the true amount made.

Jones posted in a now-deleted tweet: “Jake Paul congratulations on your victory, that knockout over Ben was absolutely beautiful.

“If you’re seriously making over 5 million for a fight already, that’s wild. I’m so happy for you.

“Wishing you all the best on your combat sports journey.”

Woodley's manager confirmed Paul will receive a bigger margin on the PPV sales, meaning his overall pay would be a career-high.

Kawa said: "We just got to a point where we felt comfortable with it.

"And Jake is probably making the lion's share of the money, which he is, but nonetheless, it's a really good payday for him."