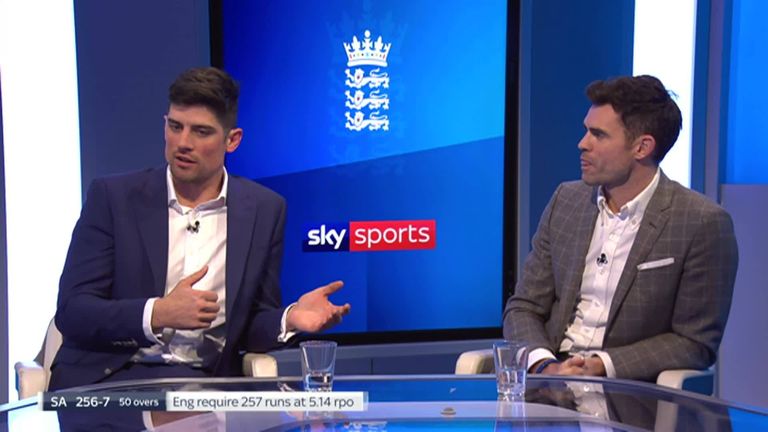 Sir Alastair Cook and James Anderson joined Sky Sports Cricket to discuss the pressures that come with playing international cricket, Anderson’s England future and how he might have to be managed going forward, while they also reflect on the highs and lows of their respective ODI careers…

Despite being 37 years old, having already played 151 Test matches and taking an England-record 584 Test wickets, Anderson told Sky Sports, “I genuinely don’t know if I’ve peaked yet as a bowler”.

While he is determined to continue playing for England for as long as possible, his long-time team-mate, captain and friend, Cook – who retired as England’s leading Test run-scorer of all time 18 months ago – insists the time was right for him to step away from international cricket.

Click on the video above to watch some of Anderson and Cook’s chat with Nick Knight in the Sky Sports studio, or listen in full via the player below or by downloading the podcast here.

“My career was a bit of a grind,” said Cook. “That was my style – I didn’t often get off to a flier – so I had to work incredibly hard just to score any runs.

“On the field, off the field, the captaincy; it just took its toll. It wasn’t the so-called ‘pressure’, it was just a constant thing that built over a number of years. “I was listening to Moeen [Ali]’s interview the other day, saying that he found that tough. He’s had a break and now come back.

“There was a headline last time I was here, ‘I lost that fire’ and I did. For me, I just lost that little bit of an edge which made me the player I was.” Anderson, meanwhile, despite his advancing age and having broken a rib in the second Test against South Africa in Cape Town that ruled him out of the rest of the series, is keen to carry on, believing his best might still be yet to come.

“I’m still enjoying the challenge,” insisted Anderson. “I might be grumpy on the outside but inside I’m really enjoying it.

“I’ve been really lucky with injuries throughout my career. I probably had more in my 20s than I’ve had in my 30s, and I feel like my game has got better since I turned 30.

“There’s always going to be that element of ‘oh, he’s 37’, because there’s a stigma around sportsmen getting to a certain age and thinking it’s about time they moved on.

“For me, I genuinely don’t know if I’ve peaked yet as a bowler. I’m getting better when I’ve got the ball in my hand.

“So, in my head, why does 37 have to be towards the end? People say I’m not going to be playing when I’m 45, probably not, but I’ve seen bowlers go into their 40s, so it’s not impossible.

“I still think like a youngster. While I still feel fit, I want to carry on.” 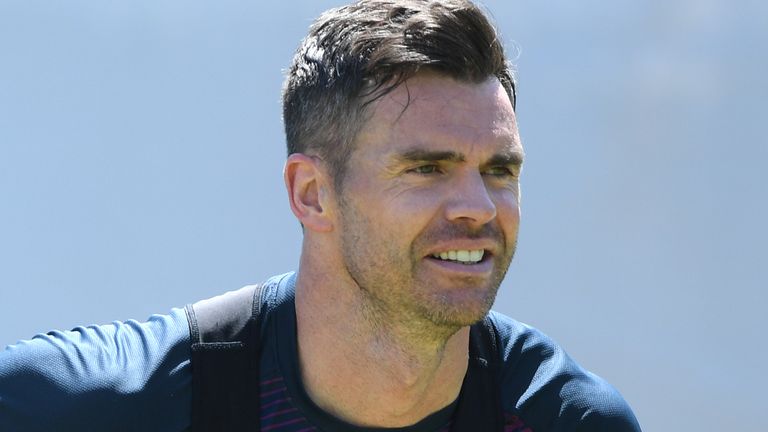 Anderson recently told Sky Sports Cricket he is hoping to return from injury for next month’s tour of Sri Lanka, though Cook pondered whether England might be better suited getting him fit and firing for the summer.

“I remember having these types of conversations in 2013, and he’s still going!” Cook added. “I think it should be on a game by game basis with Jimmy; while he is still delivering the goods, which he is, then he plays.

“But for the first time for a number of years it seems for England, if everyone is fit, there’s a squad of probably eight or nine bowlers you can rotate if you want to. 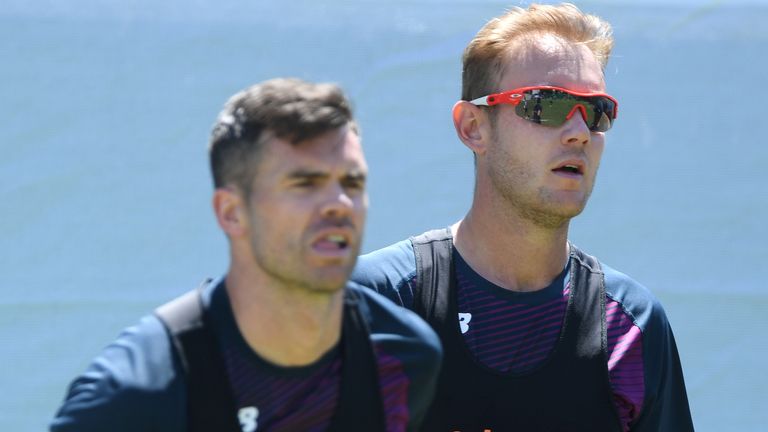 “The thing is, with Jimmy and Stuart Broad, there will be games now where they’ll be told they’re not going to play, which is an interesting thing for blokes with near enough 600 and 500 Test wickets.

“I haven’t thought about it [Sri Lanka] enough, in terms of the balance of the side, and I don’t know how his rib is – he’ll say it’s fine, but is it worth that risk?

“If Jimmy can get that run of four or five games, he’ll be fine, but I don’t know whether Sri Lanka will be worth it – where seam doesn’t always play a big part.

“It might be one to have the awkward conversation – he wants to be there and lead the attack – and say let’s get yourself ready for June and look to play the whole summer in English conditions.

“That’s probably what I would do. But I haven’t really thought about it enough to know if that’s the right answer.”