The Cleveland Cavaliers have struck back against Aron Baynes' Boston Celtics with a comprehensive 116-86 victory in game three of the NBA eastern conference finals series.

LeBron James led the Cavs with 27 points on Saturday in Cleveland, but had plenty of assistance for the first time in the series with five teammates scoring in double figures. 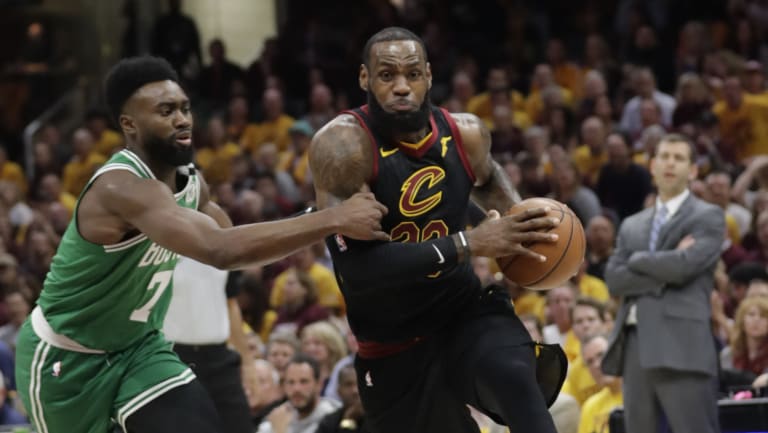 The Celtics lead the best-of-seven series 2-1 after claiming the first two games in Boston, but the Cavs were a different team playing in front of their home crowd.

Game four is in Cleveland on Monday.

The Celtics' Australian big man Baynes had a strong game with seven points, six rebounds and two blocks and was involved in above-the-rim clashes with James.

Baynes also flattened Cavs' guard JR Smith in the third quarter when he hit him with his chest.

Smith was stunned when he was called for the foul.

Baynes also added to his newfound reputation as a three-point shooter with his one attempt successful in the third quarter.

But Boston were never in the game.

In the Celtics' two wins the Cavs' starting guards failed to show up, but on Saturday George Hill had 13 points and Smith 11 points, including sinking three of four three-point shots.

The Celtics' rookie Jayson Tatum led his team with 18 points.