With league football off the menu until the end of this week due to the international window, Sky Sports pundit Jamie had a spare weekend in his diary. 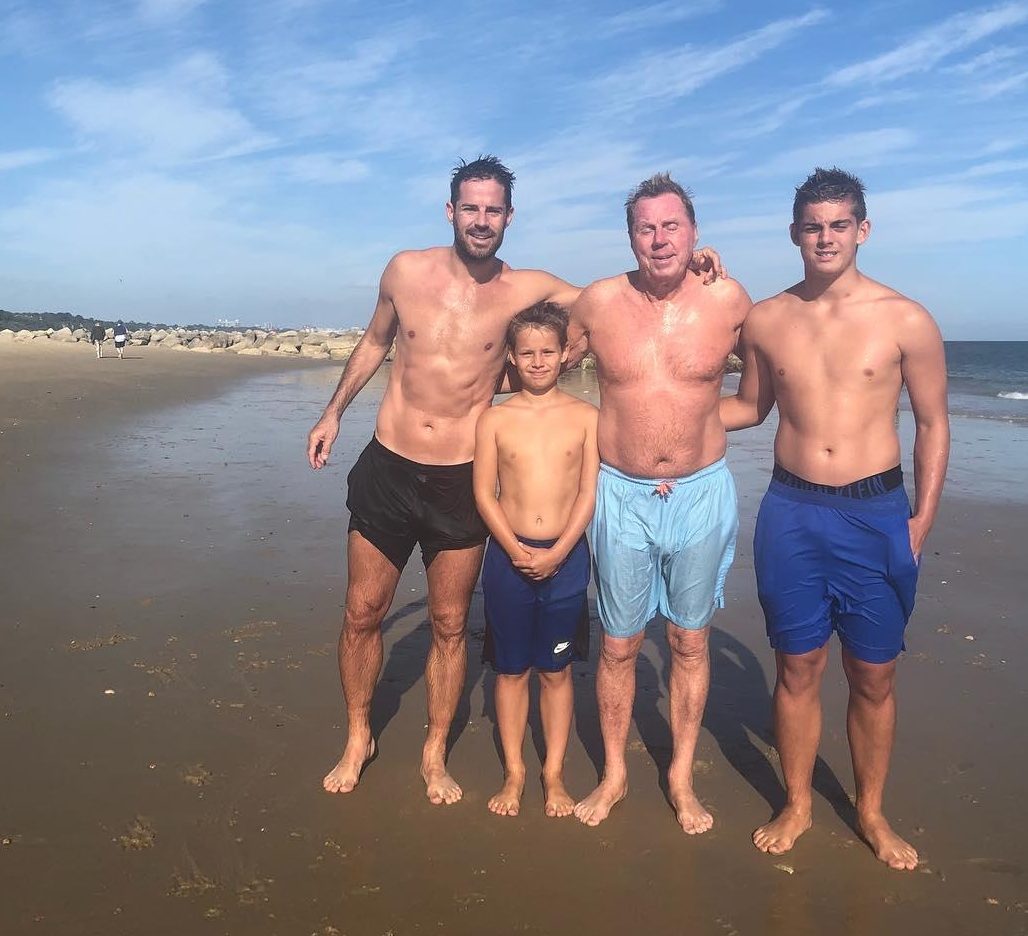 So he set off for dad Harry's £4million mansion in the exclusive Sandbanks with kids Charles and Beau in tow.

And Jamie, 45, enjoyed spending time with the boys so much he posted pictures of their weekend away on social media.

Ex-Tottenham and Portsmouth manager Harry, 71, took a dip in the sea with his family on the Dorset coast where he has lived with wife Sandra for over 20 years.

The quartet posed happily for a picture after they had all taken to the water, which Jamie titled "The boys…." as he posted the snap on Instagram. 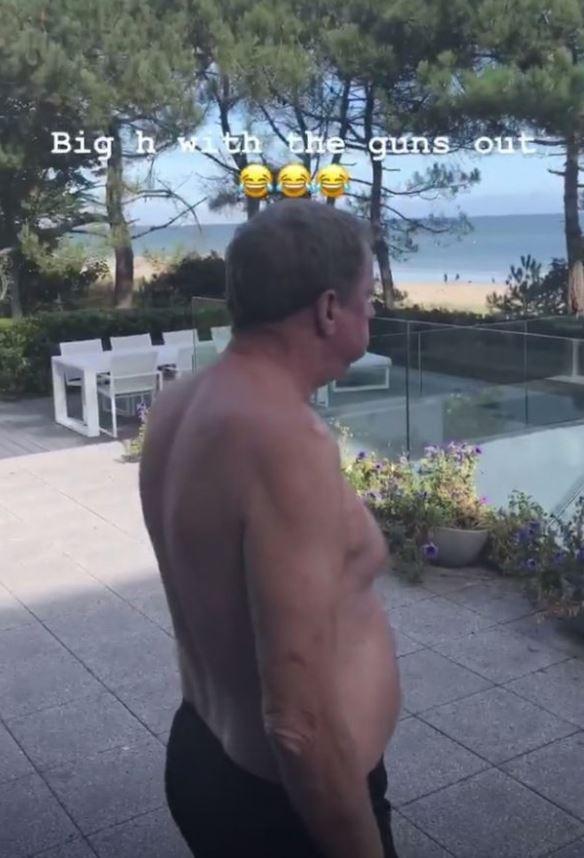 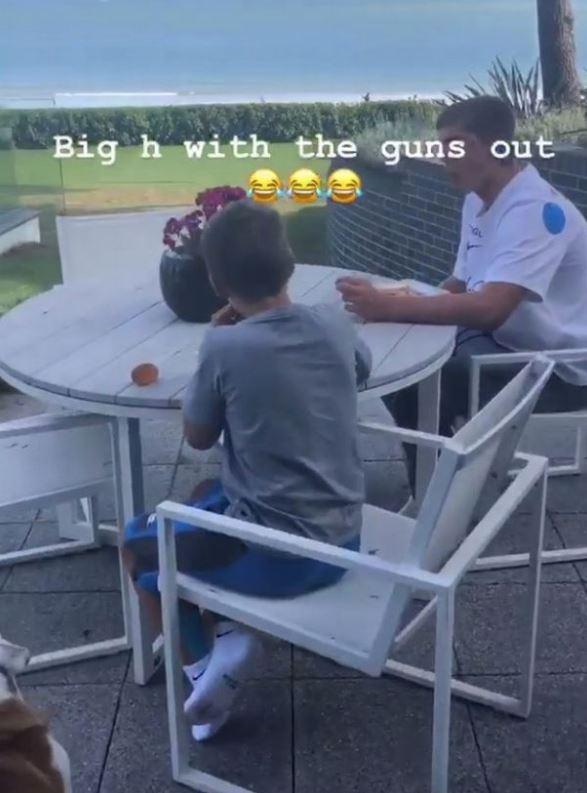 The Redknapp's relaxed on the terrace of the luxury five-bedroom home, complete with cinema, sauna and swimming pool.

Harry watched the world go by as he was caught with his shirt off in one shot, prompting Jamie to write: "Big H with the guns out".

Jamie still plays a major part of the upbringing of Charles, 14, and nine-year-old Beua following the breakdown of his marriage to wife Louise.

The couple finalised their divorce in July.