Jarrett Allen is not scared of anyone on the basketball court. Not even LeBron James.

On Tuesday, as the Nets hosted the red-hot Los Angeles Lakers, Allen proved it when James, a 6-foot-8, 270-pound bulldozer of a human being, drove into the lane and elevated toward the basket, just as he has done nearly 2,000 times in his 16-year career.

Allen, a few inches taller than James but about 30 pounds lighter, did not give way. He shifted into position, reached up with his right hand and got clean contact on the ball, sending it off the backboard as he crashed to the floor after the collision.

Jarrett Allen PROTECTS THE RIM for the @BrooklynNets!

James pleaded for a foul, but no call came. The lane, in that moment, belonged to Allen, and the game, on that night, belonged to the Nets, who went on to win, 115-110.

After the game, Allen said he could not even understand trying to contest dunks with any sort of fear.

“It was my quote growing up: ‘Either way, you’re going to be on the highlight,’” Allen, a second-year center, said. “So just go up and protect the rim.” 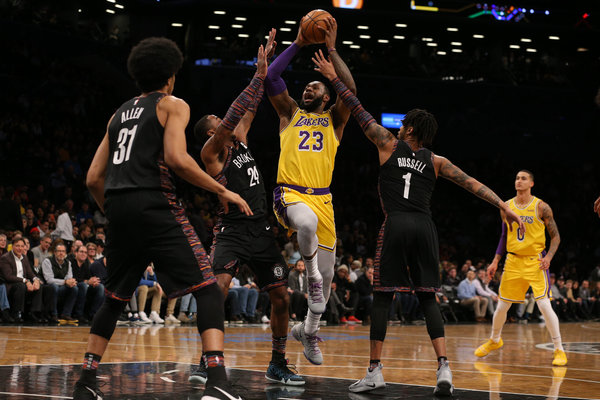 The reaction to the block was swift online — much of it focusing on the rarity of seeing James fail at one of the things he does best. By the calculations of ESPN Stats & Information, it was the 1,850th dunk attempt of James’s career, and just the ninth time one had been blocked.

When a reporter relayed that statistic to Allen, the young center initially mouthed, “Wow.”

It might be surprising to some that Allen, playing in just the 102nd game of his career, would be on that list. But it wouldn’t shock Blake Griffin, himself an all-time great dunker who found himself in the same position as James earlier this year.

But when it comes to blocks on James, how does Allen’s rate against some of the other fortunate rejections over the years?

The blocks range from the relatively mundane, like when Myles Turner managed to get back in time to block an attempt in 2016, to the purely ridiculous, like when Gerald Henderson was credited with a block on a dunk attempt despite replays showing that the ball had gone through the basket and bounced off his head and back out.

There was an emphatic block by Terrence Jones, and a fairly nasty one by Kevin Durant (which most likely did not make ESPN’s list, as the game’s play-by-play categorized it as a layup attempt).

But none of those, not even Allen’s, could compare to the one pulled off by Mason Plumlee in 2014, when he was a rookie with the Nets. That one, once you consider the context of the game, and the offensive player involved, could easily be described as one of the most significant blocks in regular season history.

It was April 8, 2014, and the Nets and James’s Miami Heat were in the final seconds of a close battle, with the Nets up by 88-87. Ray Allen, trapped by two defenders under the rim, passed backward to James, who came surging toward the hoop.

Meeting him there was Plumlee, a 24-year-old out of Duke playing in the 66th game of his pro career.

Plumlee leapt in front of James, and, while he did not get hard contact on the ball, he redirected it enough to send it off the backboard and into the arms of a teammate as time expired, with James arguing with referees while Plumlee openly celebrated on the court.

Even Plumlee’s coach, Jason Kidd, was shocked by the play, and struggled to give his player credit for pulling it off.

“That’s just basketball,” Kidd told reporters. “You have the best player in the world going against a rookie and we got lucky.”

But Plumlee, like Allen, took the play mostly in stride, and made it clear that he had no plans to alter his style in the future.

“It’s winning time, so it doesn’t matter — Dwight, LeBron, whoever — they’re coming at you, you just have to meet them at the rim," Plumlee said, referring to Dwight Howard, then of the Houston Rockets. “I’m sure I’m going to play a long time, and there will be times I get dunked on. But they’re going to have to go through me or over me.”

It’s a sentiment that Allen clearly shares, and one that opponents will have to be aware of as the Nets, who have won six straight, continue to emerge as a team to be reckoned with. 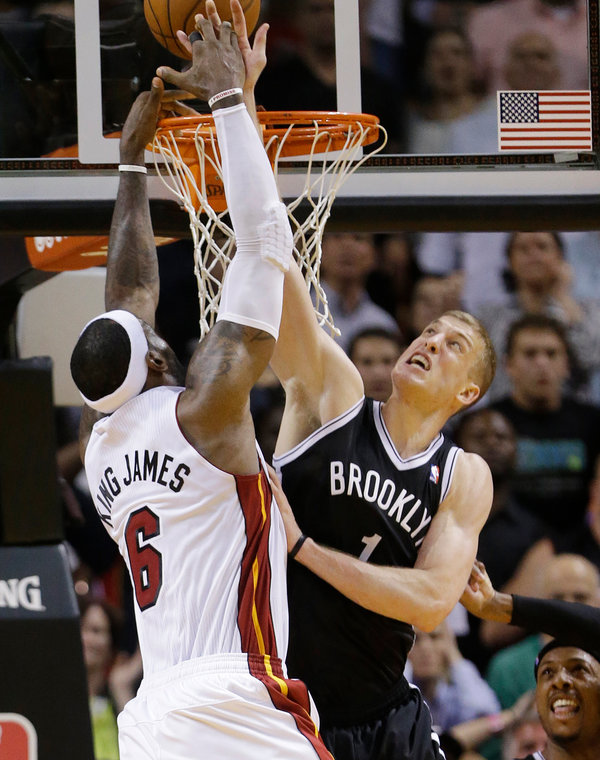 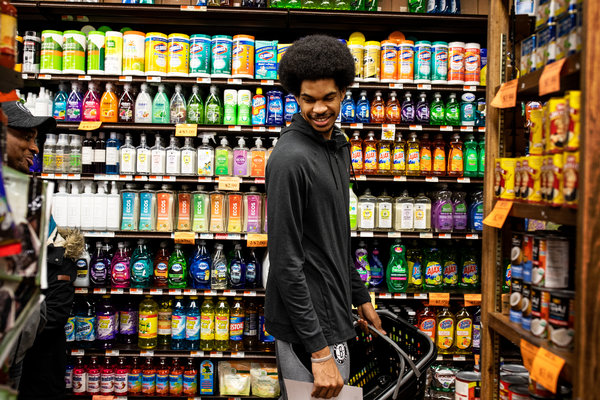