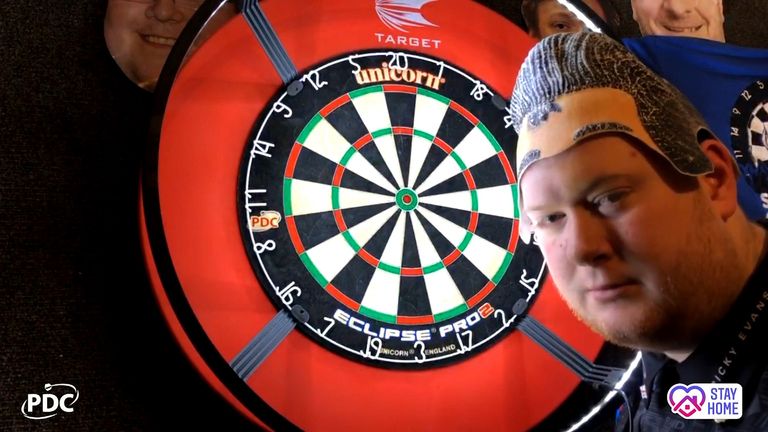 Canadian Jeff Smith produced two 10-dart legs before landing a sensational 147 checkout in the final leg of the night to squeeze into the knockout stages of the PDC Home Tour on Saturday.

Smith edged favourite Ricky Evans in the final match, finishing in style with a 147 outshot, to make sure he finished top of the group, ending the hopes of world No 103 Martin Atkins, who needed an emphatic Evans win to progress on leg difference.

“I didn’t really have much choice,” Smith said of his final flourish. “It was great darts again. Ricky put up a good fight but I’ll take that win every day. That’s how tight the PDC is. There are 128 players and every single player can beat you.”

Day 16 of the Unibet Home Tour…rapids turn to play!!
Just debating what props & masks to include 😉

The fastest player on planet darts Evans, playing in his garage in Kettering, made a sluggish 18-dart start and the trend continued after he missed four darts at D5 costing him a break of throw in leg three. Atkins then hit D10 on throw for a 3-1 lead.

Evans cut the gap to one by taking out 40 in two darts, and after missing D10 for a 140 finish, Atkins punished him with a fabulous 79 checkout to move one leg away from victory. And the world No 103 completed a 5-2 triumph after landing D18.

Dialling in from New Brunswick, Canada in the second match of the evening was former North American Championship winner Smith as he faced German youngster Bunse. Smith, nicknamed ‘The Silencer’, took out 62 in an 18-dart opening leg. He quickly extended the lead thanks to a second break of throw before D5 handed him a 4-1 advantage. The world No 96 completed an emphatic 5-1 victory after going straight for bullseye for a stunning 10-dart leg.

It was the second-best leg of the tour to date, bettered only by Luke Woodhouse’s nine-darter on the second night of action.

Smith, who won back his PDC Tour Card at the start of the year, was back on the oche when he faced Atkins as the two winners of the evening went head to head in a stupendous encounter.

The pair were averaging 106 by the time Canadian No 1 Smith struck his second 10-dart leg of the evening – starting with six perfect darts and ending with D8 – for 2-2. It went down to a last-leg decider and Atkins held his nerve to finish off a superb 12-darter for a 5-4 win and make it two wins from two matches. 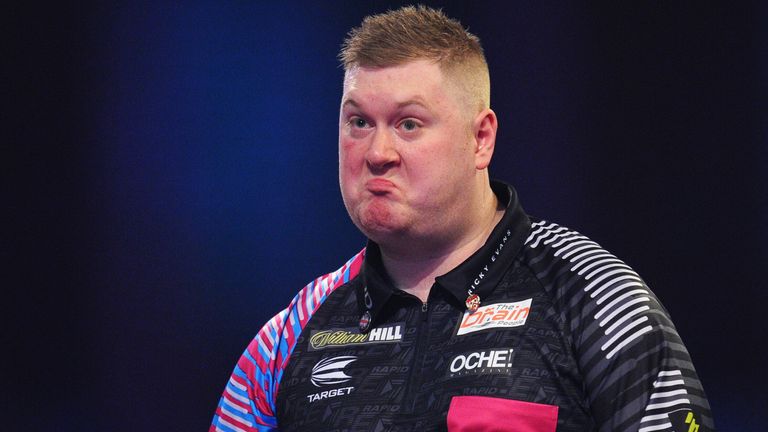 Evans then faced Bunse in a must-win game for both players. The world No 29 let a 3-0 slip to Bunse, playing from a guest room in his house. A 96 checkout handed Evans the lead in the seventh leg and he won it 5-3 to stay in the hunt.

Atkins returned to face Bunse knowing that a third victory in a row would hand him victory in Group 16, but the Diemelsee-based player had other ideas. He checked out 84 on the bull before stretching his lead to 4-0. Despite a late fightback from Atkins, the 25-year-old closed out the game with double eight in the seventh for a 5-2 victory. 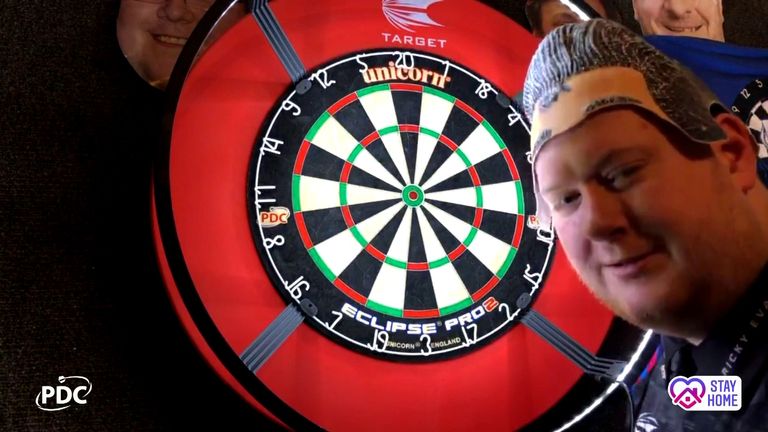 Former Lakeside finalist Smith took on Evans in the final match of the night with both players knowing they could still make it through. The Canadian knew any sort of win would enable him to top the group, while Evans could not afford to lose any more than two legs. Any other result would hand Atkins a passage through.

In a crucial fifth leg Evans turned on the afterburners to land the first break of throw in the match, but Smith responded with a fabulous 121 on the bullseye to end Rapid Ricky’s hopes. In a scrappy seventh leg, the 44-year-old landed D2 to move one leg away from victory but Evans levelled at 4-4 with 137 tops, tops finish.