JESSE LINGARD was spotted out on a run with Ravel Marrison – but the pair appeared to abide by social distancing guidelines.

The duo, who played together in the youth ranks at Manchester United, are on a mission to keep fit while on lockdown. 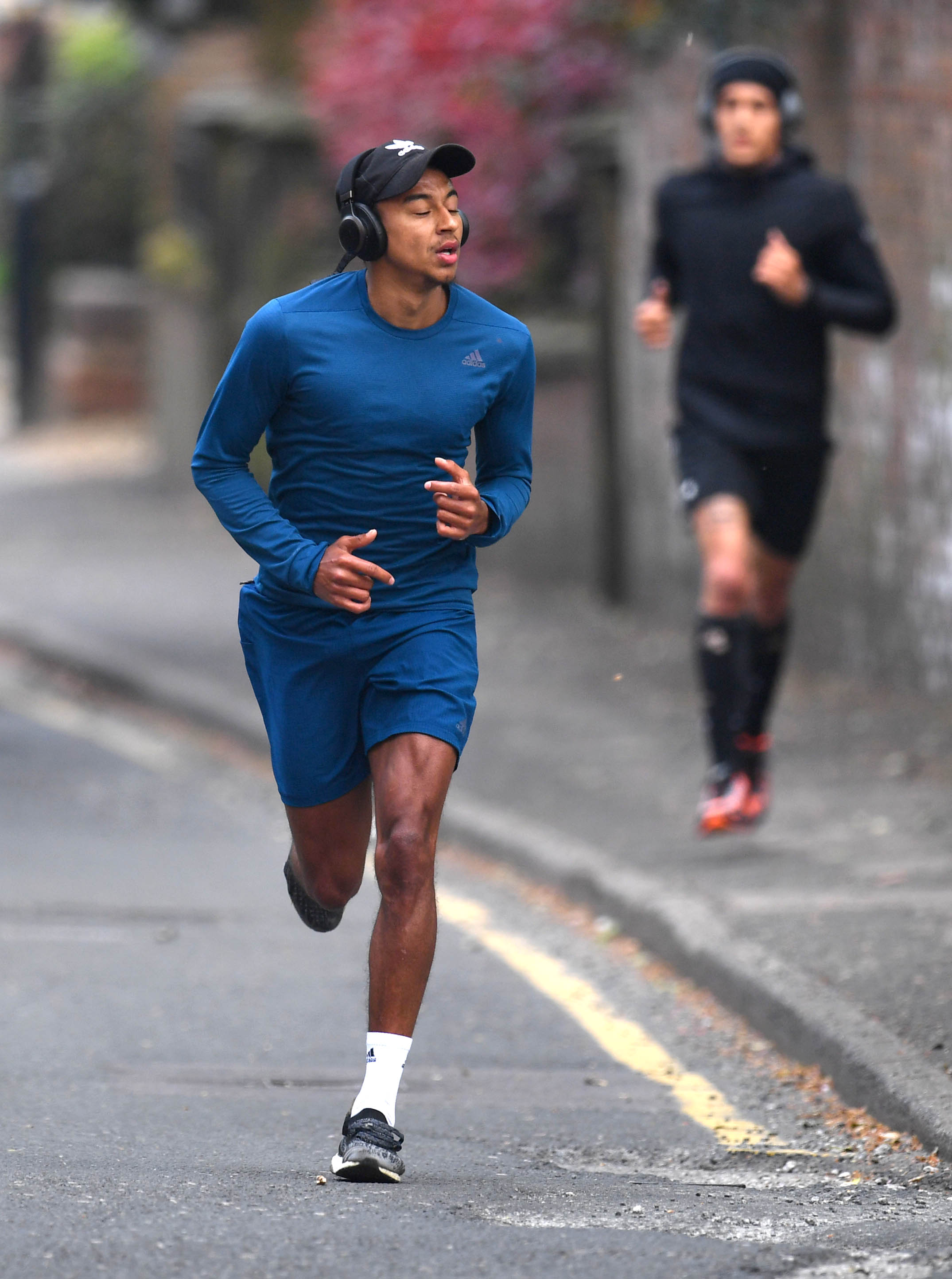 Lingard has kept fans up to date with his training regime which has included garden workouts and long-distance runs.

The England star, 27, pictured wearing an all-blue outfit as he headed out for a weekend jog.

He appeared to set the pace as former England Under-21 star Morrison followed behind him at a safe distance.