Jesse Wagstaff will never be one to knock back a chance to play in green and gold. 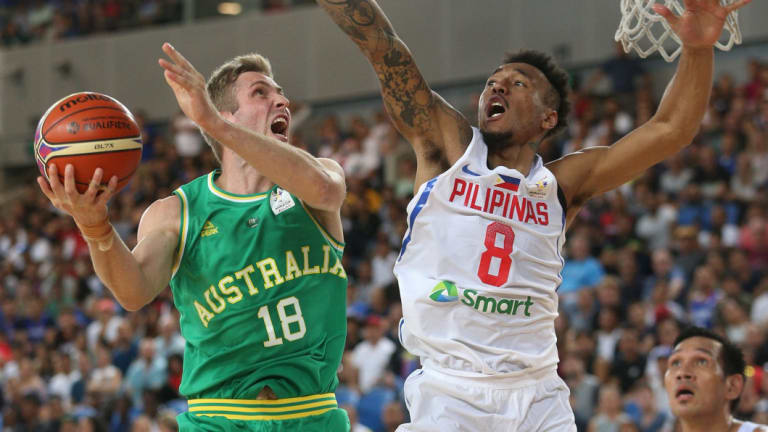 Jesse Wagstaff is out of the Australian squad.

Chris Goulding has returned to the Boomers squad at the expense of Wagstaff, having served his suspension for the infamous "basketbrawl" incident against the Philippines in July.

Wagstaff led the scoring for the Boomers in their 52-point thrashing of Qatar last week but has gracefully stepped aside after coming into the squad knowing he was only going to play one game.

"When we selected Jesse into the team for the Qatar game it was with the understanding that Chris would come in for him in the second game of the window", Lemanis said.

"We are so lucky and blessed to have guys who are fantastic to work with and completely committed to the cause.

"Jesse’s attitude of coming into the side and being prepared to play for one game is really pleasing and reflective of the entire team’s attitude – always proud to wear the green and gold and ready to contribute whenever required.

"It’s exciting to have Chris back in the group. He’s done everything right by the Boomers program so we wanted to reward him and I know he’s happy to be back with the team as well."

After playing three consecutive games on the road, the Boomers are back on home soil for the first time since February.

Currently sitting on top of Group F ahead of Iran, Philippines, Japan, Kazakhstan and Qatar, the Boomers only need to finish in the top three to qualify for the 2019 FIBA World Cup.