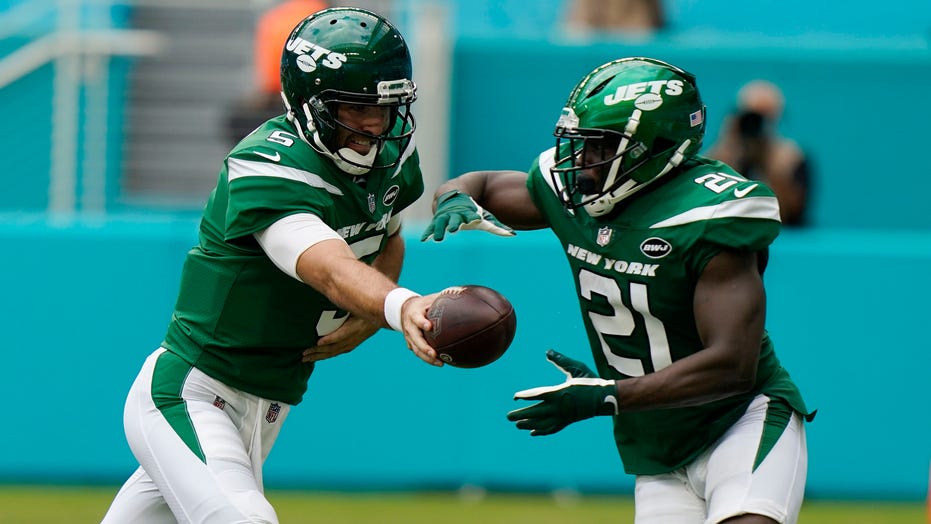 Veteran running back Frank Gore is fed up with the New York Jets.

Gore, who has remained the only viable –­ and reliable –­ option in the Jets offense, spoke to reporters after New York’s blowout loss against the Miami Dolphins on Sunday — and he was less than pleased with his teammates performance.

“Third down, we can't wait till f–king, f–king whatever, fourth quarter you said? We can't f–king wait till the fourth quarter to f–king want to start playing ball, man,” Gore said, according to the New York Post.

If there’s anyone who understands the pace of the game, it’s Gore.

A five-time Pro Bowler, Gore is the third NFL all-time rushing leader with 15,597 yards in 232 career games. He has recorded nine seasons rushing more than 1,000 yards — eight of which came during his time with the San Francisco 49ers.

The Jets (0-6) became the NFL's only winless team and continued their worst start since 1996 after losing 24-0 against the Dolphins.

Joe Flacco, making his second start for the injured Sam Darnold, went 21 for 44 for 186 and an interception. He was sacked three times, once by Emmanuel Ogbah for 28 yards. The teams were a combined 0 for 19 on third downs before the Jets finally converted with 11 minutes left.

“It was a tough game. It was ugly,” Flacco said. “We didn’t play well. They came after us and we just weren’t able to get a lot going.”

The Jets, who released running back Le’Veon Bell on Tuesday, had 115 yards rushing — Gore had 46 of them.