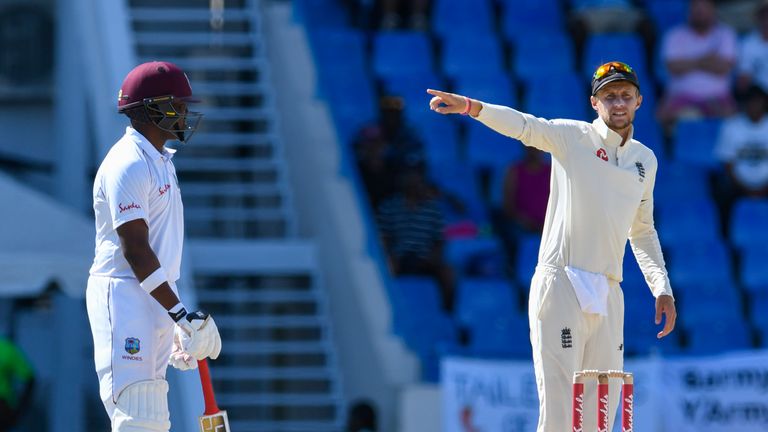 Joe Root risks falling behind Virat Kohli, Steve Smith and Kane Williamson if he returns to batting at number three, according to Nick Compton.

Root has averaged just ten while batting at four during the ongoing series against the Windies, live on Sky Sports Cricket, with his highest score of 22 coming during the 381-run defeat in Barbados.

Root’s poor individual form in the series, coupled with the lack of runs from the rest of England’s top order, has prompted suggestions the captain could return to number three.

However, Compton believes it would be a mistake to move Root back up the order. 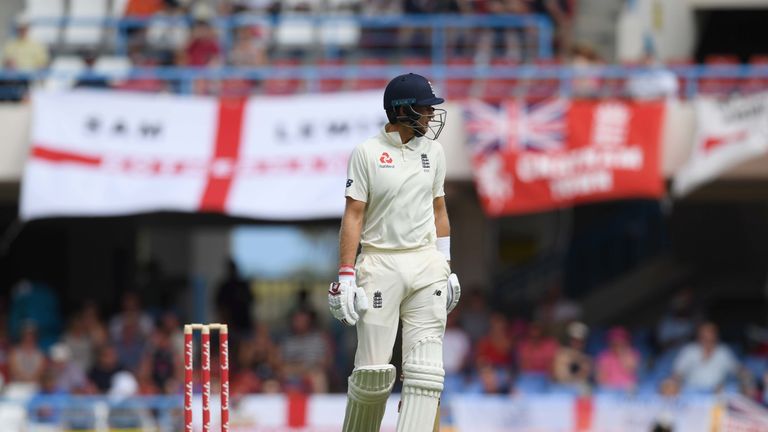 “He shouldn’t be at three,” Compton told Sky Sports News. “Number four is his right position. I’m worried about him in the sense that, he was fast becoming England’s best player after Alastair Cook.

“But now he is becoming this kind of dasher, he is limiting himself.

“Virat Kohli, Steve Smith, Kane Williamson are players that have almost moved ahead of him now. I’m worried about that.

“We need him to go back to scoring lots of runs. At the moment he is a little bit loose, he is not spending enough time at the crease.” 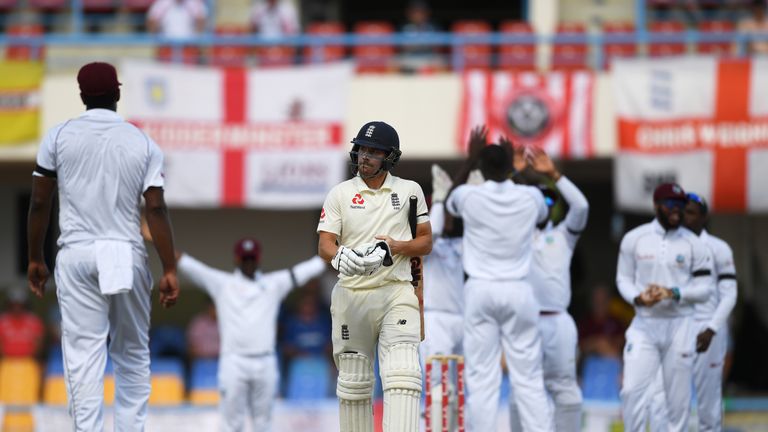 Keaton Jennings was dropped for the second Test in Antigua after making 17 and 14 in Barbados, but Compton believes the Lancashire batsman should open for England in the upcoming Ashes series against Australia.

“I’ve always been quite old fashioned in the way that I pick a team and I think you have to go back to the traditional way of looking at it,” said Compton.

“You need your top five batters and your best five bowlers really. For me, who are your top opening batsman?

“Keaton Jennings at the moment. He batted quite well in the second innings, batted for time but didn’t get a big score. He’s there.

“If Joe Denly is perceived to be a better player then why didn’t he start the series? Why didn’t he play in Sri Lanka? There has to be clarity there.

“I would have Keaton Jennings and Rory Burns up there and I would possibly even bring someone like Sam Curran or Ben Foakes – who also looks a very good player – to number three.

“To have picked Sam Curran to open the bowling ahead of Stuart Broad, who has 436 wickets, for me was daft.”