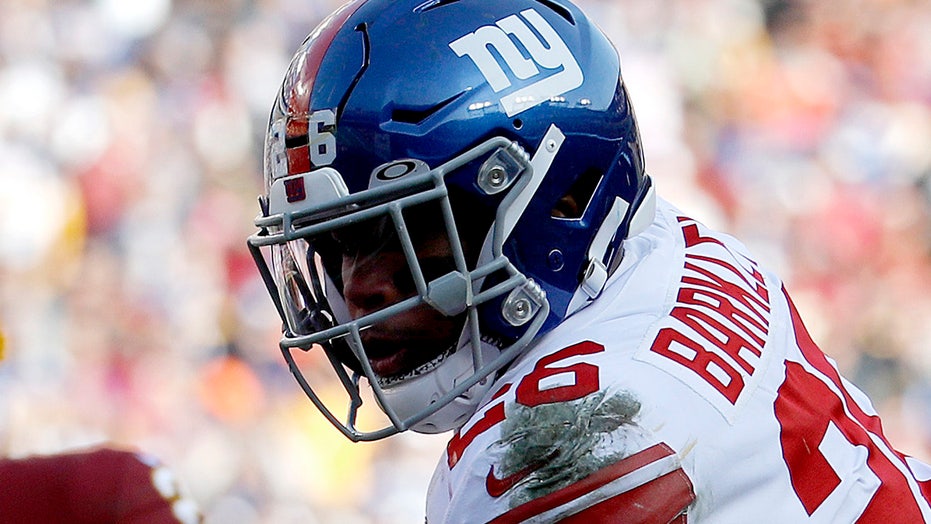 New York Giants star running back Saquon Barkley had his 2020 season cut short when he suffered a torn ACL during the team’s Week 2 game against the Chicago Bears. Barkley only played in two games and totaled 34 rushing yards with no touchdowns.

The Giants are expected to exercise the fifth-year option on Barkley’s contract. A long-term contract will only make sense if the former Penn State product can prove to stay healthy. Giants owner John Mara has no concerns with the former Rookie of the Year, and he believes that Barkley will be a key foundational piece of the team moving forward.

JOHN MARA: WHY DAVE GETTLEMAN IS COMING BACK AS GIANTS GM

"He's such an important part of this team," Mara said during a press conference on Wednesday. "Not only for what he does on the field, but the leadership and all of the intangibles he brings to us off the field. That [torn ACL] was really a gut-punch."

The Giants aren’t sure when Barkley will return to the field, but Mara believes his future resides in New York.

"Listen, I'm still happy that we have him," Mara said. "I think knowing him, he's going to come back stronger than ever and be a big part of this team next year. In terms of what the time table is, it's hard to predict that right now. I know our medical people are very pleased with the progress he's made. … I certainly expect him to be a Giant for a very long time."