Star Australian spinner Jess Jonassen's return from a knee injury remains on track before the start of the women's World Twenty20.

Jonassen has been in a race against the clock to recover for the tournament since undergoing surgery in September. 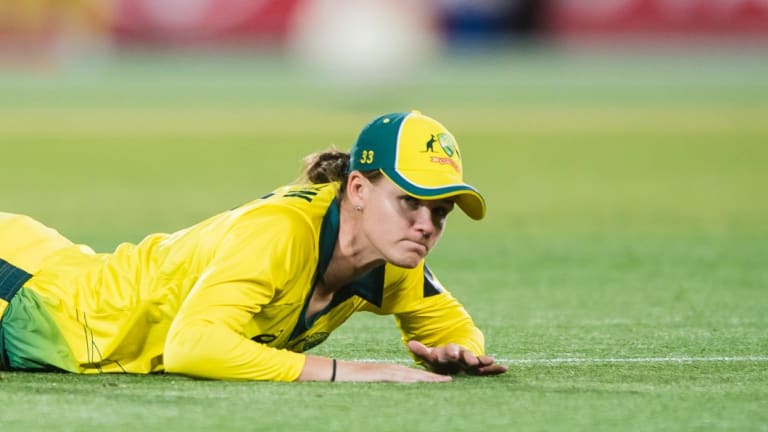 Australia's first-choice spinner for the past two years, the tweaker got through her return against Pakistan in a Twenty20 match in Malaysia and is on track to play in the Caribbean.

"She is a world-class bowler who has performed over a long period of time.

"To have her come in at the back end of Malaysia was a good boost for the group.

"She has done a lot of hard work to get here, it's great to have her and it gives us options with the ball which is great."

Jonassen's availability will create a selection conundrum for coach Matthew Mott for Australia's opening game against Pakistan on Saturday (AEDT).

Mott also has hard-hitting off-spinning all-rounder Ashleigh Gardner at his disposal, meaning teenage legspinner Georgia Wareham could be the player to miss out.

Lanning said she would have no problems overcoming a minor back concern to play in Australia's last warm-up match against South Africa on Wednesday (AEDT) in Guyanna.

Australia will stay on the island for each of their group matches against Pakistan, Ireland, New Zealand and India, with the top two teams qualifying for the semi-finals.