Northern Ireland’s four-time world superbike champ has four titanium screws holding his hip, ankle and knees together and a bigger nail drilled through his thigh. 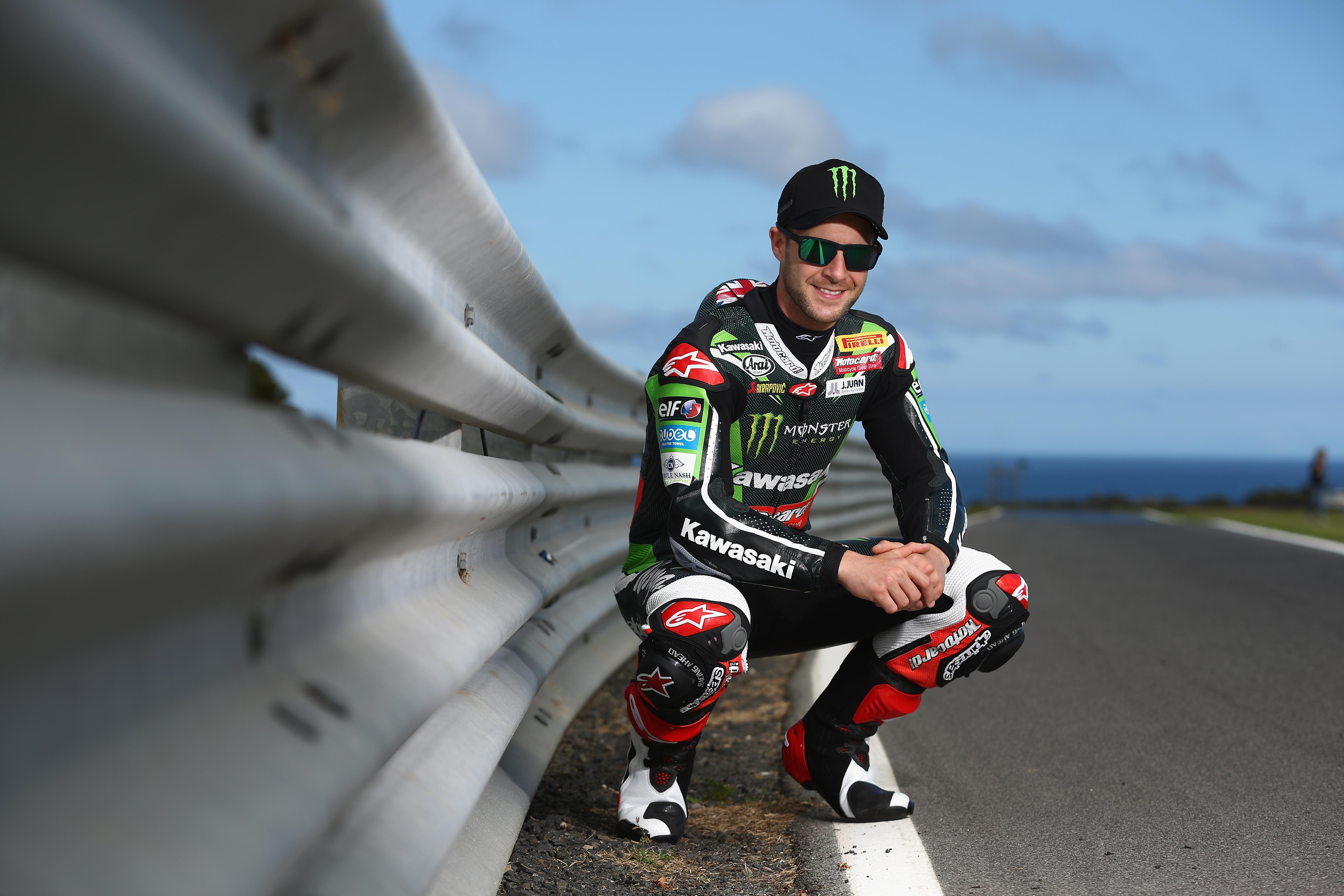 He has undergone TEN different surgeries and had parts of his battered body completely rebuilt.

It is the legacy of a 25-year career in motocross and superbikes but he still claimed: “I feel lucky.”

His gruesome injury list would fill the scripts of an entire series of Casualty.

Rea, 31, revealed: “From head to toe, I’ve a bulging disc in my neck, which gives me a bit of issue. 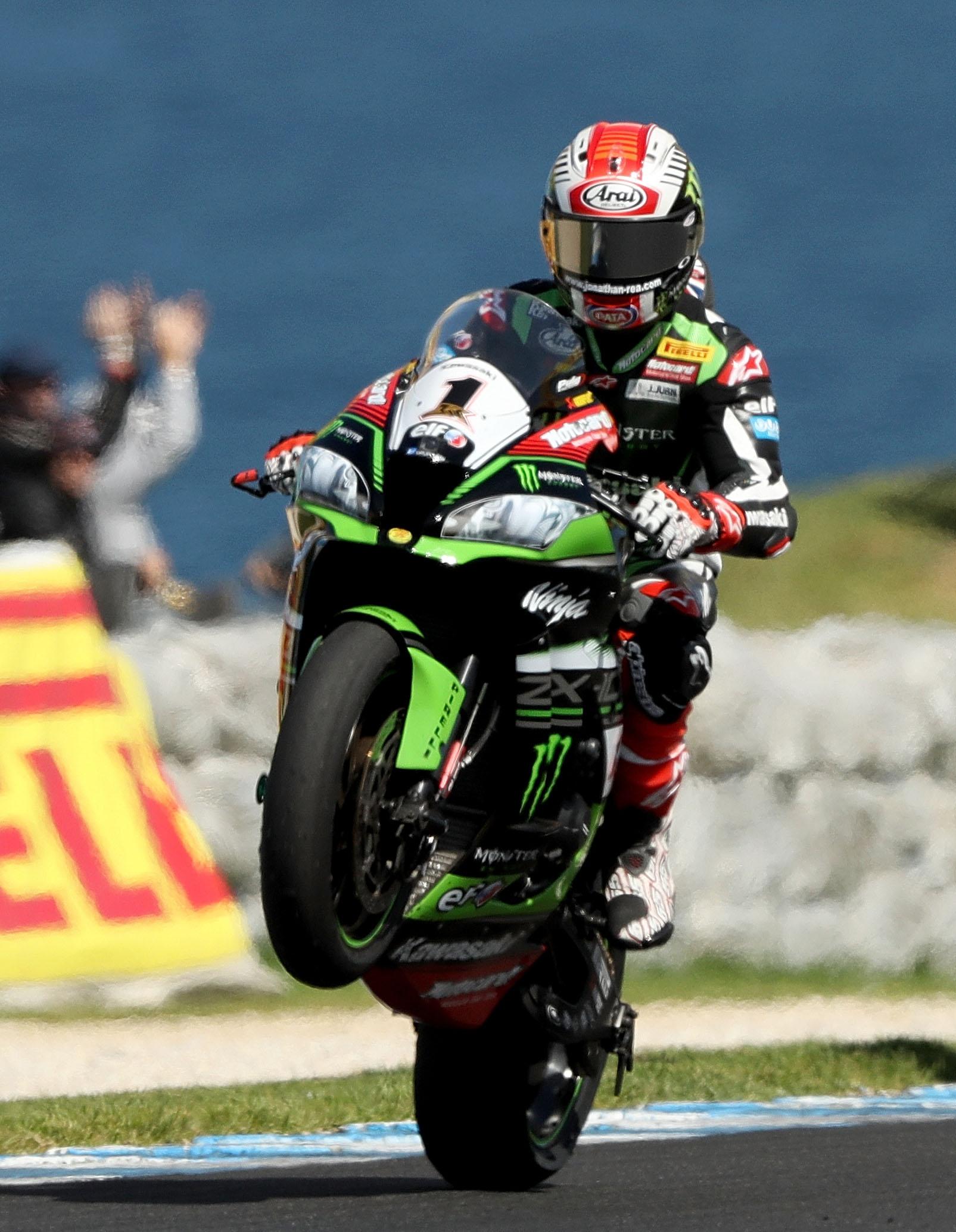 "I’ve broken my collarbone, had two reconstructions of my wrist ligaments, a broken radius and broken two ribs.

“I broke my left femur twice. I had a bone graft from my hip to put inside the gap in the femur of my first operation.

“I’ve had a complete reconstruction of the medial collateral ligament and anterior cruciate ligaments in my left knee and an ACL repair in my right knee.

“I’ve broken the tibia and fibula in my right leg. My left ankle has a screw in it. I broke two bones on the outside of my foot.

“And I’ve had my fair share of concussions. In 2004, I was unconsciousness for 2½ minutes, which was a long time to be out.

“Two weeks before the season started, I opened up my finger like a sausage and required minor surgery.”

Most of his injuries came via crashes during his days as a motocross rider.

Rea’s ten surgeries include eight hours on his left femur alone. He has titanium screws — one in his hip and ankle and two in knees — and a femoral nail.

Rea said: “I do feel very lucky but I also feel like I’ve paid my dues.

“That’s more than average. There are lots of riders who have gone through their careers pretty unscathed or with one major injury.

“Given my injury list, top physiotherapists tell me I’m in great shape in terms of mobility, movement, and how my body functions.”

Married Rea, who has two sons Jake (5) and Tyler (2), stresses riders in the sport he has dominated since 2015 only take “calculated risks”. 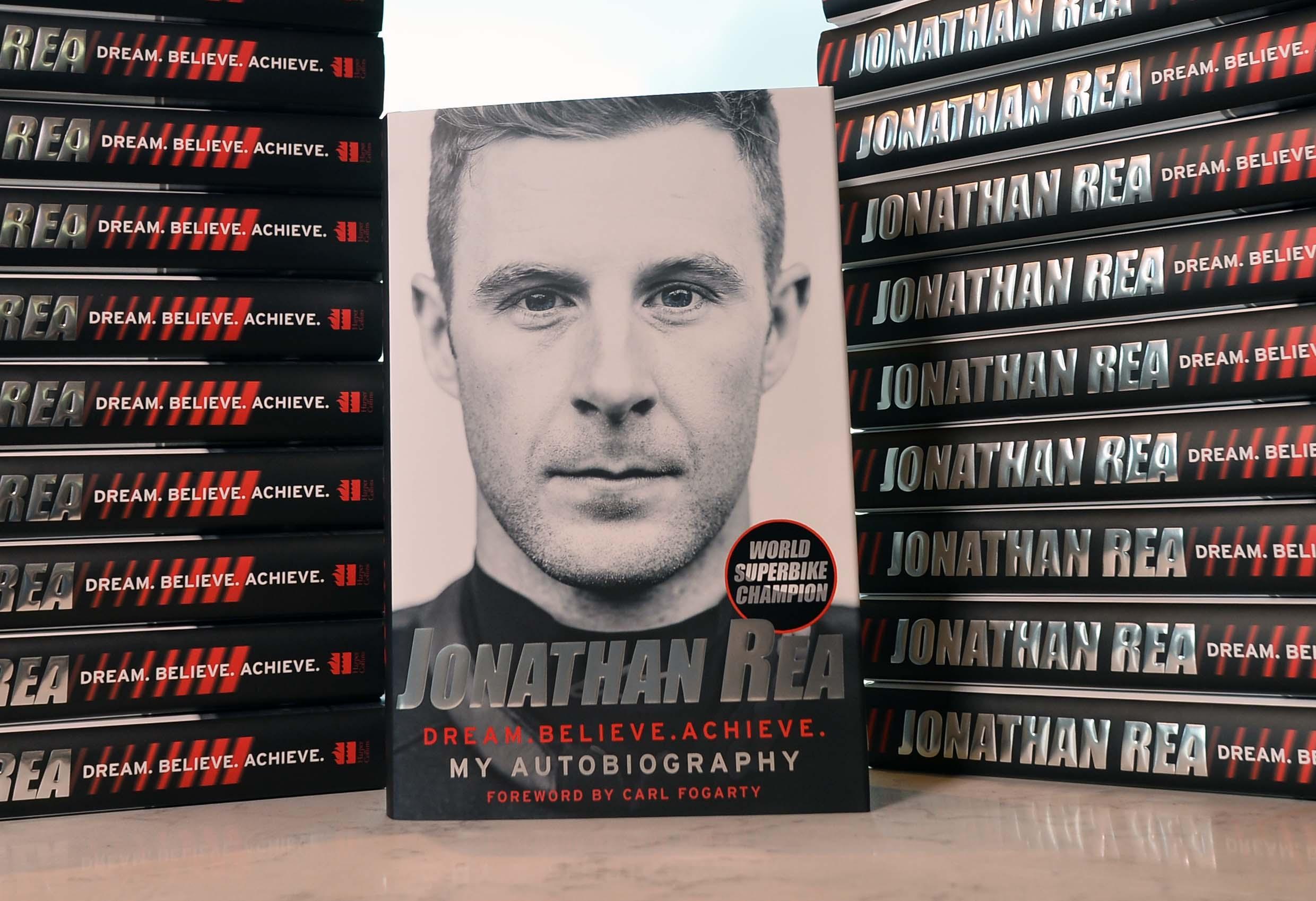 Bike technology has enhanced safety, especially when they are riding at speeds of 150mph.

His racing suit has an inbuilt airbag which, within the space of 2.5milliseconds, automatically inflates ahead of a potential crash.

But it’s all done in controlled environments, 26 times a year, at some of the world’s most glamorous circuits.

Rea said: “I could get mowed down by a bus or a car in the road. There are more accidents in normal everyday life than in sport.

“I’ve shared hospital wards with people who had freak accidents after falling out of bed. I feel really blessed to have a job that is also my hobby.

Tragedy has hit him hard twice in his career — the death of riders Craig and Chris Jones — but he has never thought about quitting.

He said: “These are freak accidents. It’s not normal to wake up in the morning and read about a motor- cycle racer who has died. 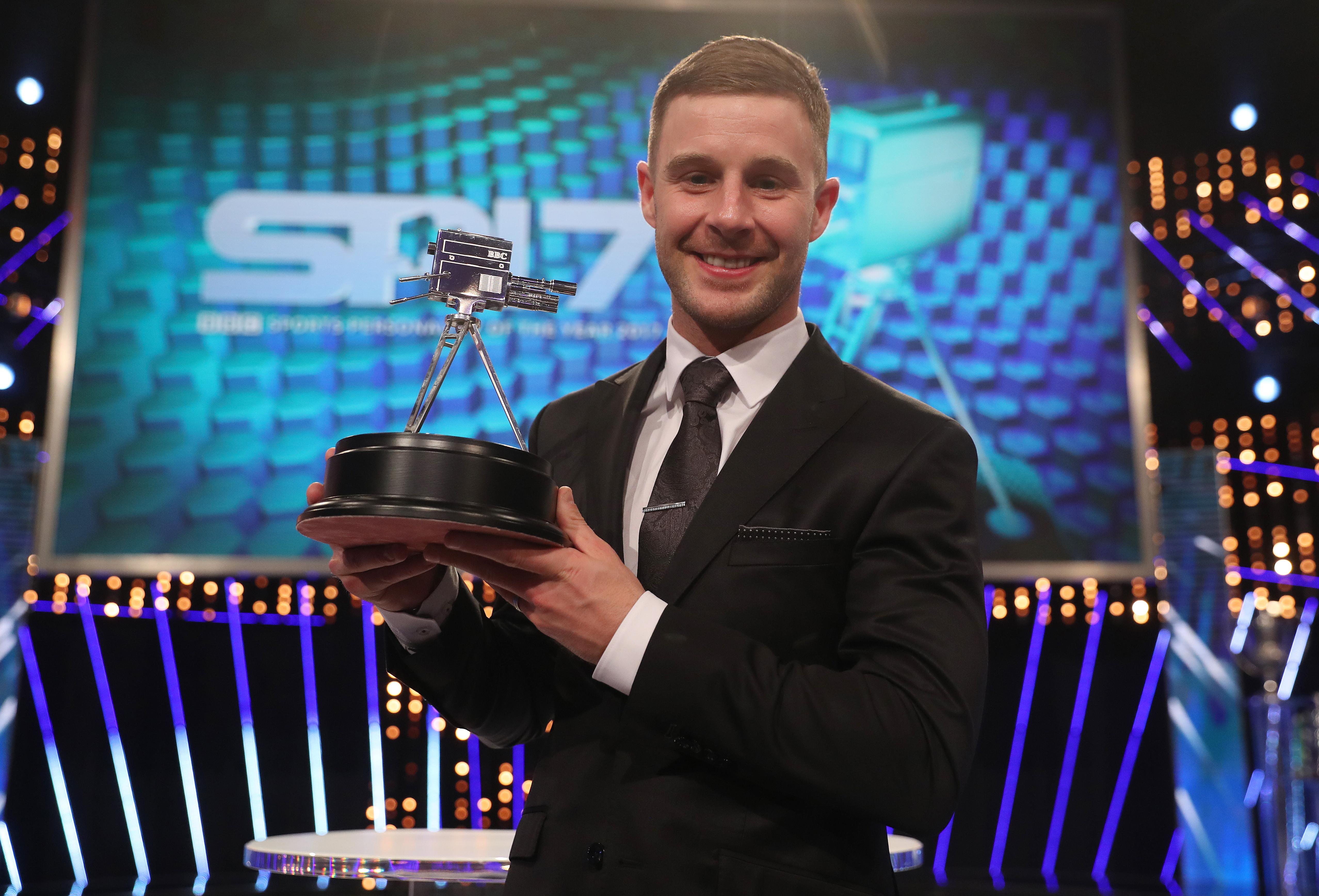 "There’s something inside, in which you think it won’t be you. The odds are you’ll get through your career fine.

“My worst fear is an injury will decide I have to stop and I can’t retire at the top on my own terms.”

Looking at Rea’s achievements, you could argue he is the most dominant man in British and Northern Irish sport at present.

A record FOUR world superbike titles in a row. More race wins — 60 — than anybody — including the legendary Carl Fogarty, who has 59.

Last December, he was voted second by 80,567 people in the 2017 BBC Sports Personality of the Year, behind athlete Sir Mo Farah but ahead of boxer Anthony Joshua and F1 star Lewis Hamilton.

But fame is not something he craves, with Rea adding: “I like normal. I’m a family guy. There are times where it’s nice to be recognised and respected inside and outside my sport.

“But the more profile you have, the less ownership you have on your own life. I follow sports stars like Lewis on Instagram — his life’s mad.” 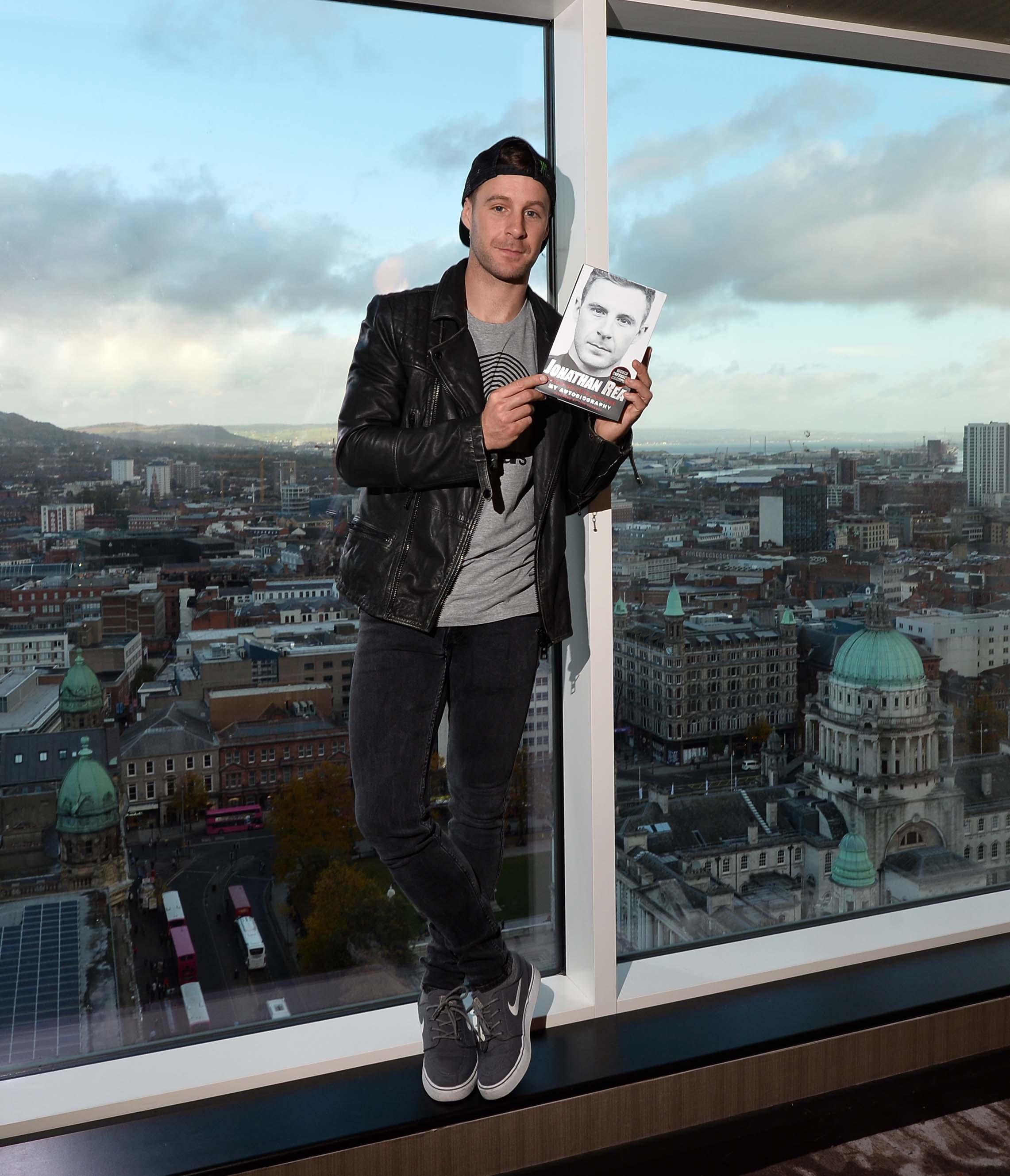 The Kawasaki rider is in Argentina this weekend for the penultimate round of a championship he has already won.

Rea remains content with world superbikes for the duration of a contract which ends in 2020.

Testing himself in MotoGP was once a dream but not one he expects to fulfil aged 31 or beyond.

He added: “I feel the time has run out on MotoGP. I never got my chance in a great team. I was born a winner. It’s almost an obsession with winning.

“And it wouldn’t suit me to go to MotoGP on a bike that couldn’t win. I’d struggle mentally. I wouldn’t enjoy racing.

“We talk about winning like it comes naturally now. It doesn’t. I work my a**e off. I’ve incredible competition.

"I’ve to be on my game and ride completely on the limit every weekend to win.”

*Dream. Believe. Achieve. The autobiography of Jonathan Rea MBE is out now, HarperCollins, £20.