Collingwood have suffered a huge blow ahead of their blockbuster clash against Richmond this weekend with star utility Jordan De Goey ruled out.

De Goey has been diagnosed with bone stress in his lower leg and isn't expected to be available until round 21 at a minimum.

Despite the prognosis, coach Nathan Buckley was confident his recently re-signed star would return to the line-up later in the season and in time for finals. 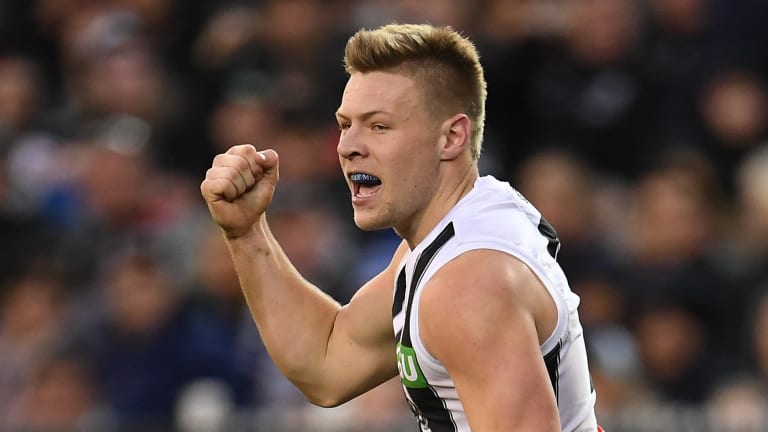 Collingwood’s Jordan De Goey is out for at least the next two weeks.