JORDAN HENDERSON will discover today if he will need surgery on his groin.

If so, it would end his Liverpool season and put his Euro hopes in jeopardy. 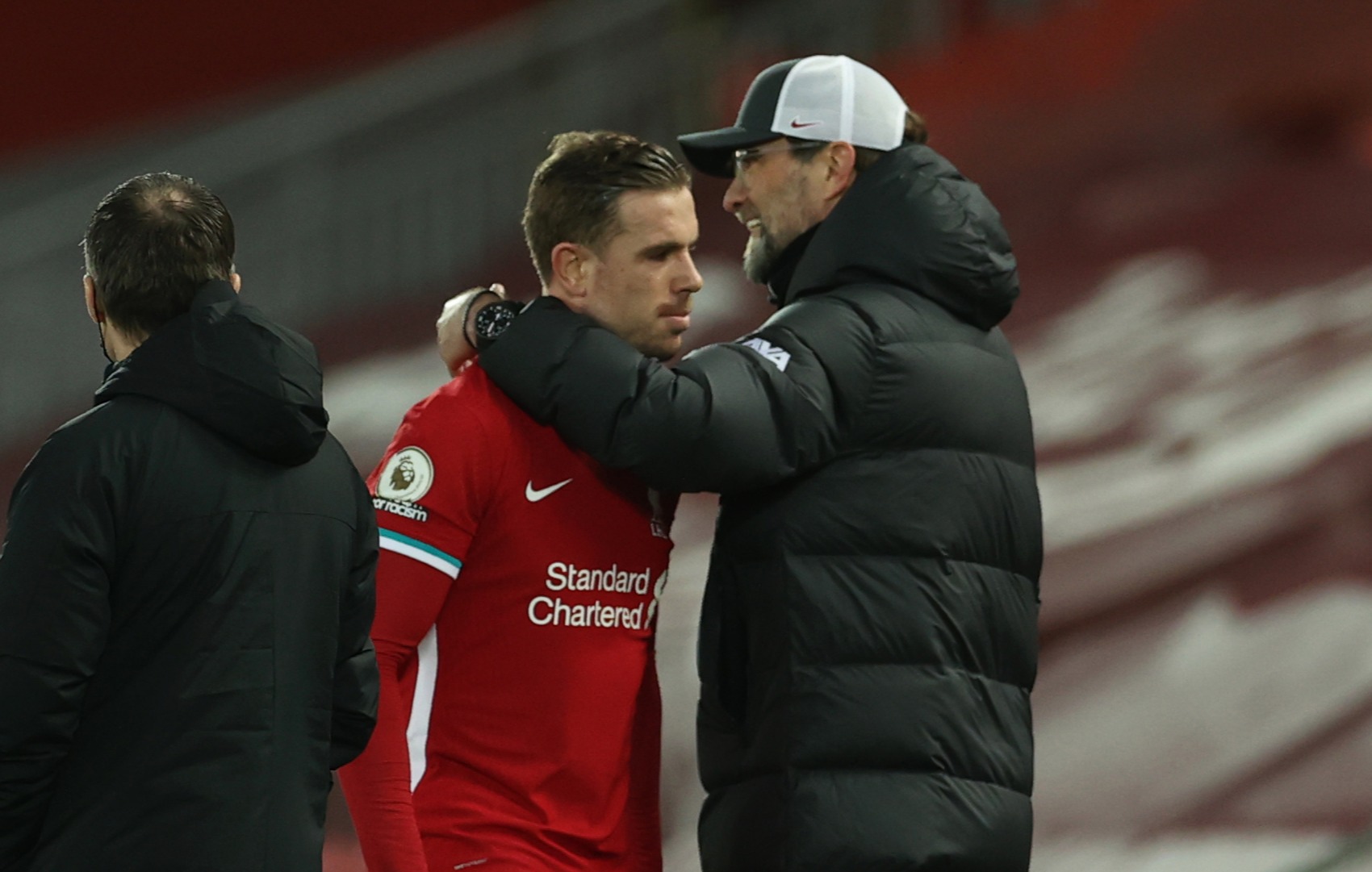 Reds captain Henderson had scans on Monday on the injury suffered in the derby defeat to Everton.

There are genuine concerns that when the results come back today, an operation may be the only option.

And that could sideline him for 12 weeks.

That would be a hammer blow to injury-hit Liverpool.

It would also be a major worry for England boss Gareth Southgate.

It would mean Henderson, 30, will likely be unable to train fully until late May at the earliest.

The Three Lions play two friendlies at the start of June, against Austria and Romania.

They kick off their European Championship challenge against Croatia on June 13.

Even if surgery is not needed, Hendo is likely to miss at least six Prem games plus the second leg of their Champions League tie against RB Leipzig.

This is the latest body blow to Kop boss Jurgen Klopp in what is turning into a miserable campaign.

James Milner and Naby Keita have struggled with their fitness while summer signing Diogo Jota has also been sidelined since December 9.