After just 50 seconds of round eight, the Anthony Joshua-managed Team GB ace fired off a volley that forced the referee to rescue brave Stephane Cuevas from serious harm. 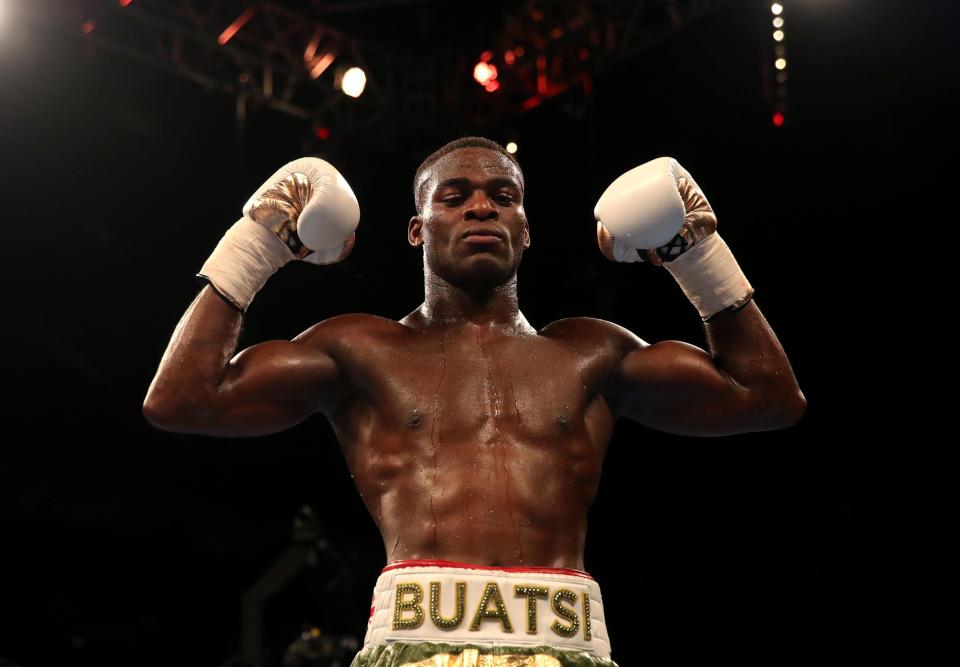 In the first round, Buatsi’s freshly shaved face was never touched by the few haymakers Cuevas threw.

Buatsi chopped away at the Frenchman’s body but didn’t seem to inflict any serious damage and the second was an identical affair.

With his hands swinging cavalier low, the Croydon ace was allowed to tee off but his power was not as impressive as his hand speed.

During the third, Buatsi’s family and friends, sat toward the back of the press seats, constantly called out to their starlet to ‘keep your guard up’. 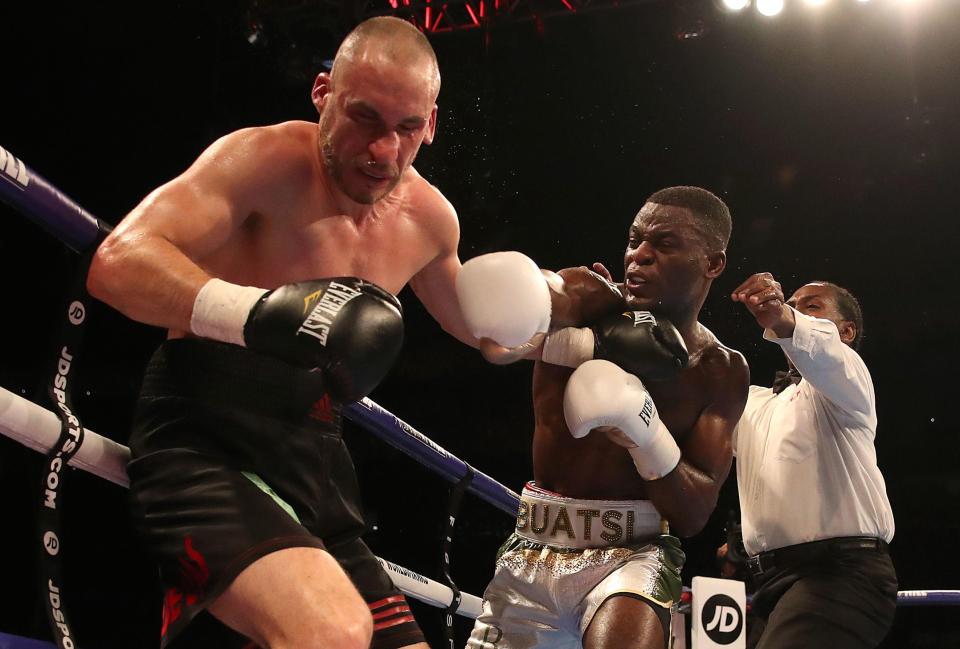 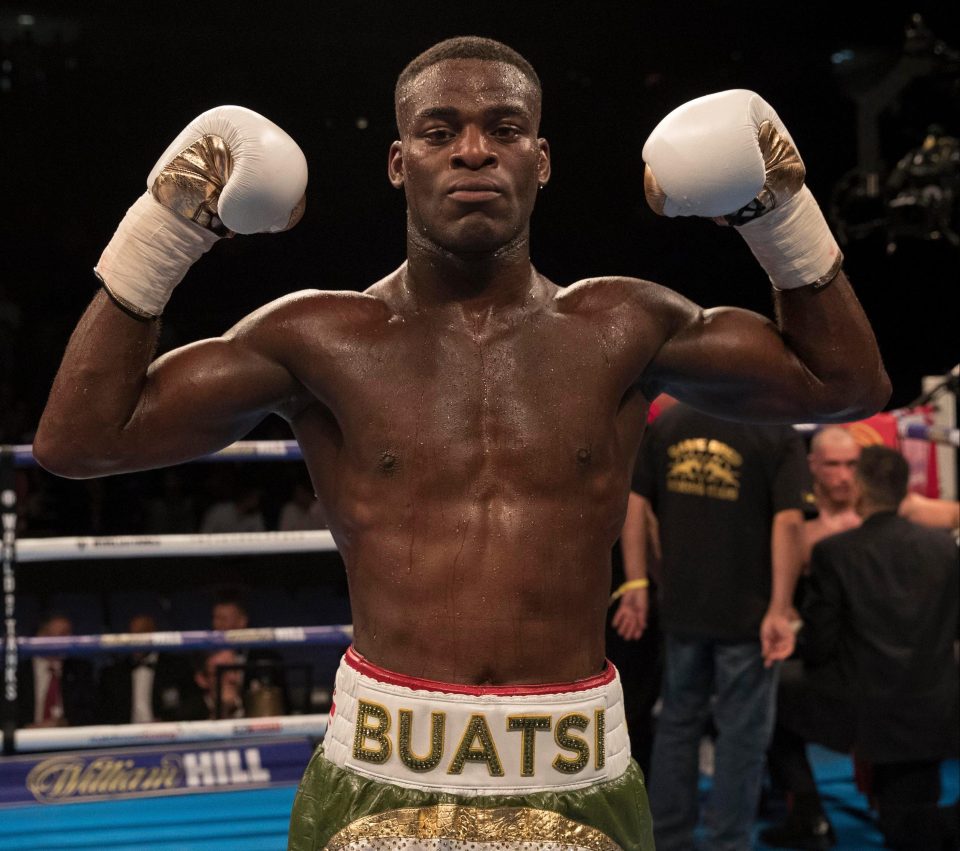 And he might have taken some of their guidance on board before firing off a short, sharp uppercut at the end of the third that would have helped secure another round on the cards of the eight-rounder.

The fourth was a fire fight, Cuevas was not in the mood to lie down and he never shied away from lashing out, with attack his favourite form of defence as the rounds slipped away from him.

And the fifth had barely got underway before it was stopped with Cuevas out on his feet, back against the ropes and guard well and truly smashed through.

The 25-year-old Londoner landed one big shot – then a second, third, fifth and seventh and the referee leapt in with Buatsi’s white gloves a blur of fury. The light-heavyweight is now set for his first ten-round fight and his USA debut under promoter Eddie Hearn.

You can listen to live and exclusive national radio commentary of Haye v Bellew on talkSPORT, via the website, through their app or on DAB digital radio. Click here for more details of talkSPORT’s exclusive coverage.