Melbourne City coach Warren Joyce is known for being quite a hard but fair boss and it was that ruthlessness at the selection table that worked wonders for the boys from Bundoora on Friday.

Without any fear of criticism or regard about their reputations, Joyce dropped Luke Brattan and Anthony Caceras from City's squad that defeated Wellington Phoenix 1-0 on Friday night, and demoted former Socceroos attacker Dario Vidosic to the bench. It was a swing of the axe that came in response to the team's dismal round three loss to Sydney FC. 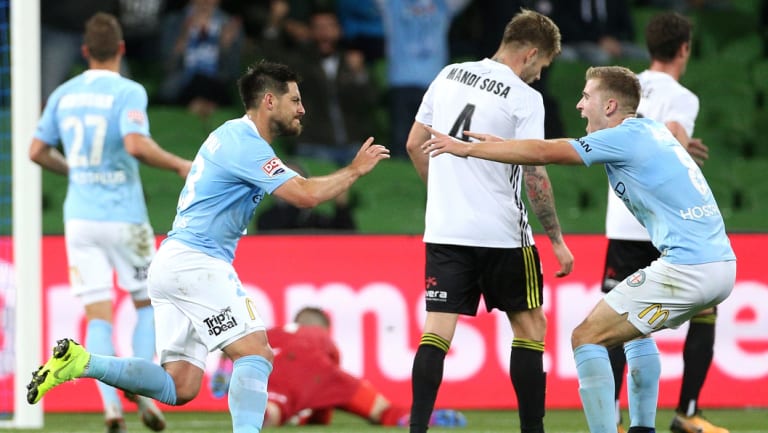 The omissions allowed Joyce to tinker with his starting 11 and the impact was significant.

Young gun Lachie Wales was transformative returning to the starting 11, his wing play on the left a constant threat as he lay on Richie De Laet's opening goal. Nathanial Atkinson was solid down the right flank in his first start for the season after Young Socceroos duty while Riley McGree moved to a central midfield role and helped City play at a higher pace than last week, his nice little one-two with Bruno Fornaroli leading to the Uruguayan breaking his mini goal-scoring drought.

Kearyn Baccus, a late injury replacement signing who admitedly is no world beater, has found a constant spot in Joyce's midfield. The coach described him as a "diamond" of a person and his preference for him over the likes of Brattan, Caceras and Rostyn Griffiths shows he cares little for reputations.

City are often criticised because their rich owners don't splash the cash to attract high-profile marquee talent as Sydney FC or Melbourne Victory have done but it is extremely encouraging their youthful trio were so important in Friday night's win.

"It could have been anybody [dropped from] last week," Joyce said after the match. "Brattan and Ant [Caceras], they’ve both trained really well, anybody could have been left out barring Bart [Schenkeveld] and they couldn’t have a grumble really.

"We worked on different things during training and you pick the best players to do the job required for tonight. Brattan is certainly not a scapegoat for last week.

"Everybody has got to fight for places as soon as training starts next week."

City now have two wins for the season, a draw (against Central Coast Mariners in round two) and one loss. While things looked grim after the Sydney loss the Phoenix win was a reminder of the squad's depth. 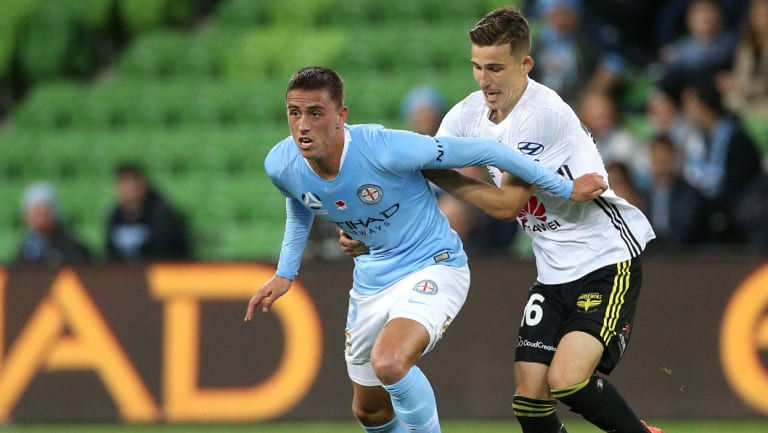 Lachie Wales gave City plenty of spark in his return to the starting 11.Credit:AAP

City take on Brisbane Roar in Queensland next Saturday night. Joyce is adamant there is room for improvement.

"I thought we played some good football, we cut through the lines and we created plenty of chances. There’s still some poor areas of decision making that invite pressure onto ourself, when we don’t have to. We have still got some relatively inexperienced players who make mistakes … sometimes that invites panic."

Meanwhile, Phoenix coach Mark Rudan was happy with his side's performance, notwithstanding his belief they wasted possession, and lashed the VAR and the referee.

With just over 20 minutes to go they were awarded a free kick for a handball on the edge of the box.

VAR was called for, with many in the stadium believing the referee wanted to check if the foul occurred in the box. Replays showed it did, but the trouble was the VAR replay also convinced the referee to overturn his decision to award a handball.

"I got a call from a representative at Fox Sports and I turned around and I asked him ‘Was that in the box?’ and he had a look at it and he said ,‘Yes’," Rudan said.

"Only for them to turn around and say it is not a handball. Don’t know what to say, and you can’t even talk to the officials, that’s the other problem.

"We didn’t get much tonight [from the referees] … we had the ascendancy prior to that [VAR intervention].

"I don’t think they know themselves. We were told initially it was a handball … we had the same situation last week with [Andrew] Durante [copping a] penalty [and a] card.

"When they went to the VAR I was super confident it was going to be a penalty … I just asked for an explanation and he said it wasn’t a handball and I said ‘what?’".

The Phoenix have won one, drawn one and lost two in Rudan's first season with a home game against Adelaide United to come next week.