One of AFLW's worst-kept secrets has officially been revealed, with North Melbourne confirming the signature of Moana Hope.

Hope, one of the highest-profile players in women's football, was on Monday announced as one of three fresh acquisitions for the Roos ahead of their entry to the national women's league next week. 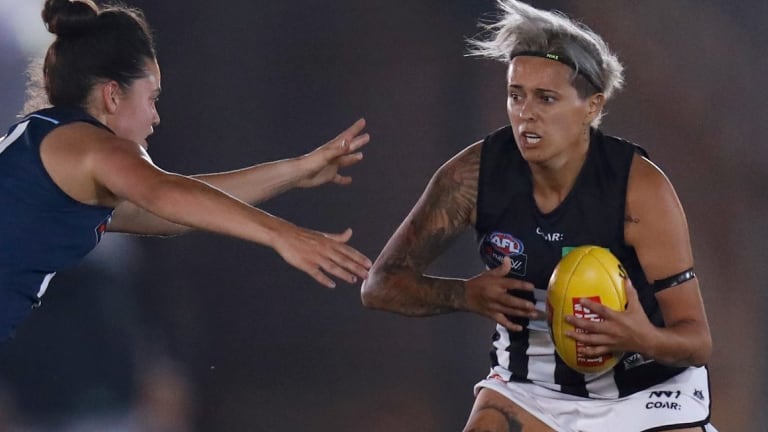 The tattooed forward from Collingwood has been joined by Brisbane Lions gun Kaitlyn Ashmore and Magpies ruck Emma King.

But it is Hope who will attract all the headlines as she leaves the Holden Centre after two up-and-down seasons in black and white.

“Mo is one of the most dynamic forwards in the competition,” Kangaroos coach Scott Gowans said.

“She reads the ball incredibly well and is super exciting to watch.”

Gowans was also excited about the additions of Ashmore and King.

“Kaitlyn has a great ability to carry the ball through the midfield and out in space, and can break games open with her speed,” Gowans said.

“She is a very exciting player to watch with great versatility. I’m sure fans will be as excited as us to see her in action in North colours.

“Emma has great tactical skill, she is also very physical and athletic which enables her to be a dominant ruck and key target up forward."

The AFLW expansion signing period for North and fellow new side Geelong closes later on Monday.