Kansas Case Is More About the N.C.A.A.’s Power

Gene Marsh, a former top regulator for college sports, chuckled when he saw how Kansas Coach Bill Self punched back at N.C.A.A. accusations that he was complicit in Adidas’s improper funneling of more than $100,000 to three basketball recruits. Self derided the N.C.A.A.’s 20-page report as a false narrative “based on innuendo, half-truths, misimpressions and mischaracterizations.”

Marsh’s advice: Don’t tell that to the judge.

“That is a visceral argument and plays to the Bubbas in the crowd,” Marsh said. “Schools that end up on the wrong side of the gun frequently say, ‘Oh my gosh, we’re being singled out.’”

Marsh heard that argument often in his nine years (including two as chairman) on the N.C.A.A. committee on infractions. That body will hear the case against Kansas, which will surely be joined by other universities as the N.C.A.A. enforcement staff continues to comb through remnants of the F.B.I.’s investigation into college basketball corruption.

The cases will be closely watched as a test of the N.C.A.A.’s potency at a time when its business model built around athletes as amateurs has been under assault in court and from lawmakers, and as the organization's ability to police its members has been called into question.

University presidents and athletic directors have largely abdicated responsibility for disciplining coaches, let alone dismissing them. And the federal investigation largely fell flat. No head coaches or top shoe company executives were implicated. The convictions of little fish — assistant coaches and middle men — resulted in sentences measured in months rather than years.

But the federal investigation ultimately did several things: It emboldened the N.C.A.A. to assemble a commission headed by Condoleezza Rice, the former secretary of state, that recommended the overhaul of several college basketball regulations, and it provided court testimony that can add teeth to the N.C.A.A.’s own investigations. Also, the Rice commission encouraged the organization to do more to hold head coaches accountable for the actions of their staff.

So for Kansas and others — including North Carolina State (which has already received an N.C.A.A. notice of allegations) and perhaps Louisiana State, Arizona, the University of Southern California, Oklahoma State, Miami, South Carolina, Auburn and Louisville — the testimony laid out in court could build a foundation for N.C.A.A. penalties.

Still, it has been two years since federal prosecutors in New York laid out indictments that rocked the college basketball world, and only one head coach, Rick Pitino at Louisville, has lost his job as a result.

When Jon Duncan, the head of the N.C.A.A.’s enforcement division, addressed the National Association of Basketball Coaches at the men’s Final Four in Minneapolis in April, he asked for their patience.

The annual meeting pivoted to a heavy focus on how to clean up the sport’s image. Duncan told the coaches that the F.B.I. had instructed the N.C.A.A. not to speak with anyone under investigation until the end of the inquiry, which came in June.

But during summer recruiting showcases, some coaches were taken aback to see colleagues who were under investigation out recruiting as if nothing had happened.

L.S.U. Coach Will Wade was suspended before the N.C.A.A. tournament after Yahoo reported his describing “a strong-ass offer” made to a recruit on an F.B.I. wiretap. He was later reinstated.

Bruce Pearl, the Auburn coach, violated N.C.A.A. rules at two other colleges and has had two assistants implicated in F.B.I. investigations (one assistant’s case took place at another school). Pearl received a five-year, $20 million contract after taking Auburn to the Final Four.

In a case unrelated to the federal corruption investigation, Dave Leitao, the coach at DePaul, was suspended in July for three games and the program placed on three years probation after a former assistant moved in with a recruit to help him complete coursework to become eligible. DePaul and Leitao began negotiating a contract extension this month.

And on Thursday, Georgia Tech’s basketball program was hit with a postseason ban, the loss of a scholarship, recruiting restrictions, a fine and a three-year show-cause penalty against a former assistant for violations that included shepherding a recruit to a strip club. There were no penalties directed at Josh Pastner, the head coach.

A longtime head coach said many of his colleagues had expressed frustration over the N.C.A.A.’s attempts at reform, saying they would be meaningless without stronger penalties for head coaches. The coach spoke on condition of anonymity because of the private nature of the conversations.

“A slap on the wrist is not going to deter anybody,” he said.

Money, of course, has been funneled to recruits just about forever, be it through cars, bogus jobs or envelopes stuffed with cash, like the one Kentucky sent to the father of Chris Mills, a recruit in the late 1980s.

That was about the time shoe companies began exerting their influence. If court testimony and wiretaps are an accurate representation, the companies have largely replaced boosters as the source of illicit payments.

The N.C.A.A.’s notice of allegations said that Jim Gatto, an Adidas representative, and T.J. Gassnola, a consultant for the company, had arranged for $89,000 in payments to the family of the recruit Billy Preston, and that Gassnola had told Self in a text message that he had given $15,000 to the family of Deandre Ayton, who ended up at Arizona and eventually became the top pick in the N.B.A. draft.

The notice, in describing a lack of institutional control, said that three Kansas athletic department administrators had raised red flags about the presence of Gatto and Gassnola around the basketball program, but that the school did nothing.

Significantly, the notice also portrayed Adidas as a representative of Kansas, akin to a booster. The university quickly rejected that characterization.

But Peter Roby, a former basketball coach at Harvard who serves on the reform-minded Knight Commission, said the N.C.A.A. was making an appropriate link. Kansas, after being declared a victim in the fraud trial of Gatto and others, signed a $196 million marketing deal with Adidas in April.

“Everybody would be naïve to think that a company that’s going to invest millions of dollars in a partnership is not going to want to see that partnership pay off,” Roby said. “The whole point is to bring attention to the company. They want to be linked to that institution, that particular coach, the players that are playing for that school.”

Kansas has 90 days to respond to the allegations, and the N.C.A.A. will have another 60 days to look over the response before a hearing is set. By then, said Marsh, the former head of the infractions committee, the Kansas lawyers should have plenty of time to chip away at any inconsistencies and bolster their case.

But an argument that Kansas might have been unfairly singled out won’t hold much sway in a hearing.

“Is there pressure to react when the membership is raising holy hell?” said Marsh, who teaches law at the University of Alabama. “Yeah, but that’s true at the I.R.S. or for any regulator. People are a little more deliberative about the process than simply deciding we have an empty space on the wall for a deer head and we need to mount one.”

Put another way, investigators are no different from Self — they don’t want to lose. 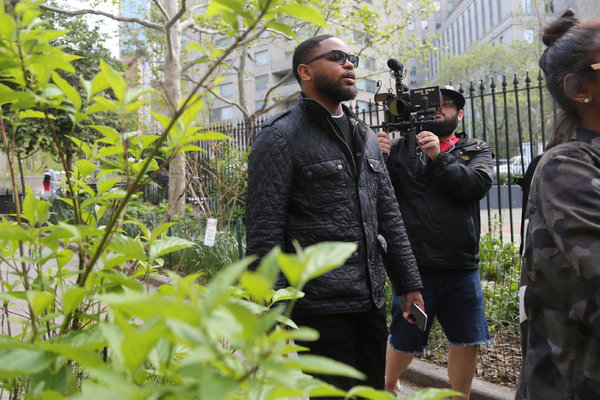 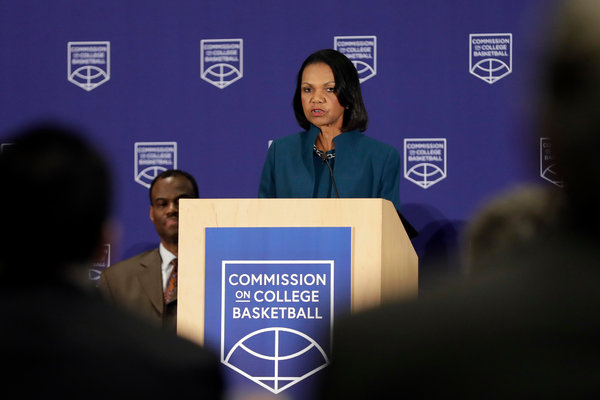 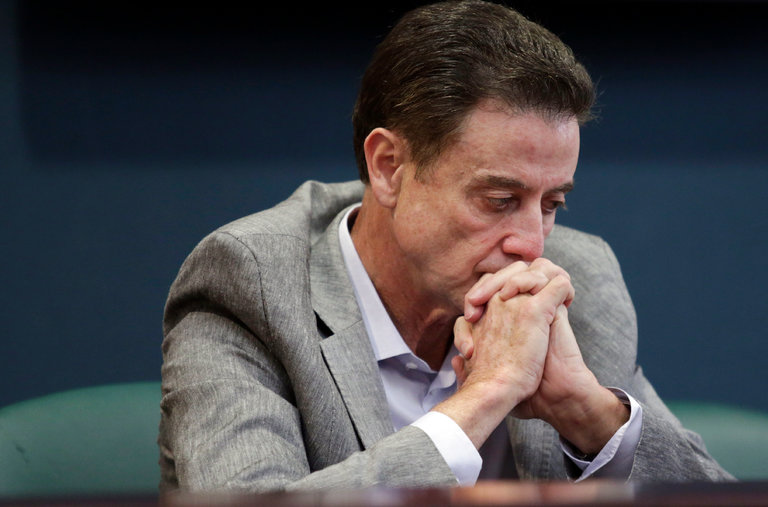