Chelsea maintained their pursuit of the Premier League's top three clubs with a 1-0 win away to London rivals Crystal Palace on Sunday.

Chelsea had to work hard to break down Palace who had taken seven points in their previous three matches, including a shock win over champions Manchester City, but seemed content to allow their visitors most of the possession. 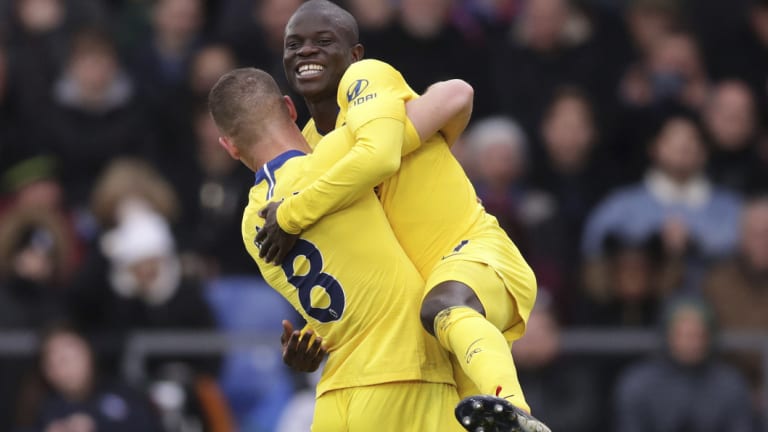 After a sterile first 35 minutes, Willian smacked the post with a swinging free kick and Ross Barkley hit the same upright soon afterwards with an acrobatic overhead effort.

N'Golo Kante broke the deadlock in the 51st minute when his darting run into the Palace penalty area was spotted by defender David Luiz, who fed the Frenchman for a close range strike.

Palace substitute Conor Wickham spurned the hosts' best chance of the game when he toe-punted a shot over the bar in the drying minutes.