NBL executive director Larry Kestelman says his league wants fair value when he begins talks on the league's pay-television deal for next season.

The NBL began a three-year deal with Channel Nine in the lead-up to this season but their Fox Sports (and online outlet Kayo) deal expires at the end of this season.

When Kestelman first took over the NBL, he and his staff found they had little currency with television partners but the league’s growing number of fans, talent and global viewers means he will enter talks with Fox Sports in a much stronger position. 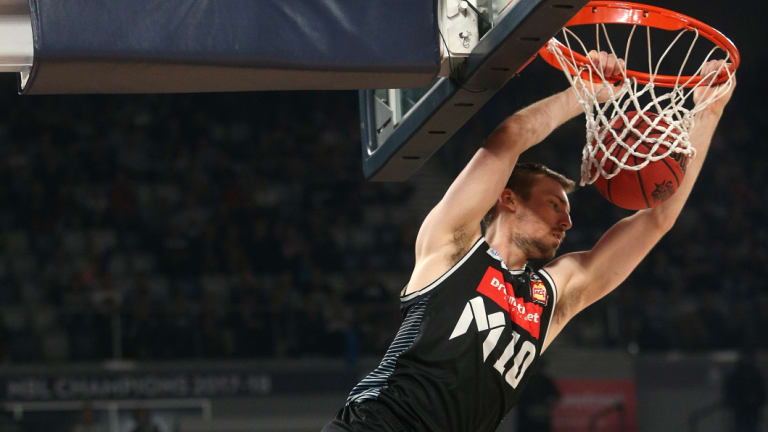 Larry Kestelman said the NBL was seen by more people globally than almost any other Australian sport.Credit:AAP

"The priority for me is that our Fox Sports deal ends this year and we need to figure out what is the right platform for us and where is the right home," Kestelman said.

"How do people want to consume our product? Is Fox and Kayo the right place for us and do they value our product enough in the future?"

Finding the right price and the right level of exposure and accessibility will make this negotiation as hard as any the NBL has faced although his position will be strengthened by the arrival of South East Melbourne Phoenix to the competition.

"It is hard but we want to make sure the sport is valued," Kestelman said.

"Right now our deal does not represent huge dollar value to the league and for any league to survive and thrive it does need the right TV partners and we will be looking at Fox and Kayo as our long-term partners and we can only keep our fingers crossed that they see the value that we do."

Kestelman noted the NBL had distribution rights deals in the US, China and a number of other countries.

"Our product is now seen by more people globally than almost any other Australian sport," Kestelman said.

"We are now seen in Singapore, Hong Kong, China and other places – people should be aware of how widespread our product is."

Basketball is the sport of the future, no one is denying that.

Kestelman this week described the NBL as the best league in the world outside of the NBA, although he did specify that he considered the EuroLeague as outside of that conversation due to drawing elite teams from across Europe.

But what makes Kestelman so confident in the NBL is the talent and closeness of the competition and the growing commitment to keeping elite players in the league, both Australians and the best available US imports.

The NBL has had clubs play NBA pre-season games for the past two seasons and Kestelman hopes to begin talks on a possible third year in February or March.

Kestelman said the financial conditions for clubs were improving and owners were seeing the benefits of investing in talent such as imports Casper Ware, Bryce Cotton or Lamar Patterson.

"I now have owners who understand and buy into my vision for what we want the league to be," Kestelman said.

"We are seeing the pay-off in the growth, the crowds and the sponsors – they can see where it is we are going.

"Basketball is the sport of the future, no one is denying that and we just need to keep on getting better every year.

"If you look back at what has transpired in the last three and a half years you would have to be blind to not see the results and the trajectory we are going on.

"If we continue that we are in a good place.

"Year upon year all clubs are doing better. I won't say that we are all amazing and everyone is thrilled. There are still some clubs that find it challenging but there is not a club out there who is not doing substantially better than they did last year and that's what you want.

"It took 20 years for it [the NBL] to break and I think we would be remiss to think everything would be fixed in just a few years."