The Manchester City star, 27, has been plagued by knee injuries this season, missing 20 matches in total. 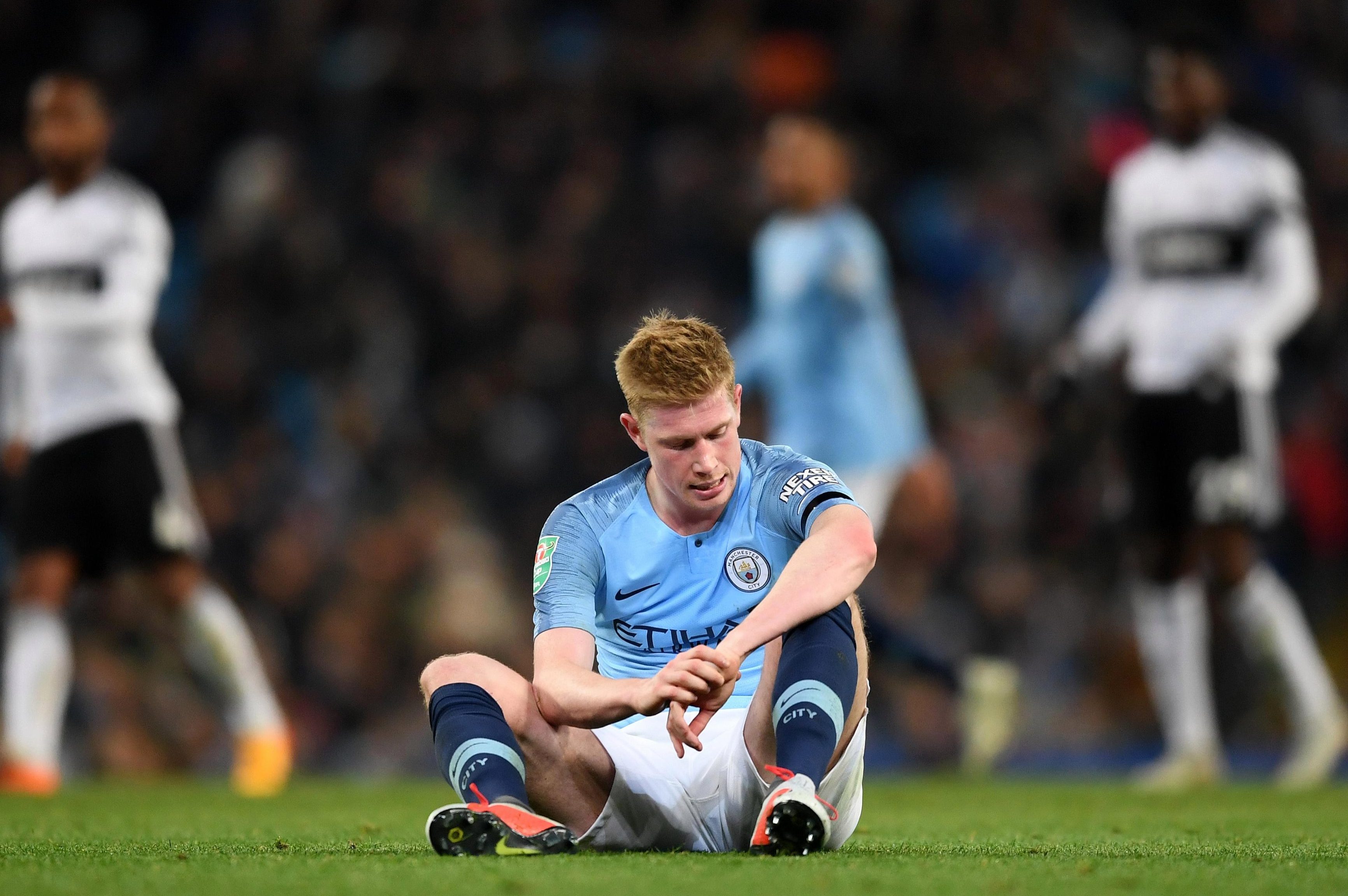 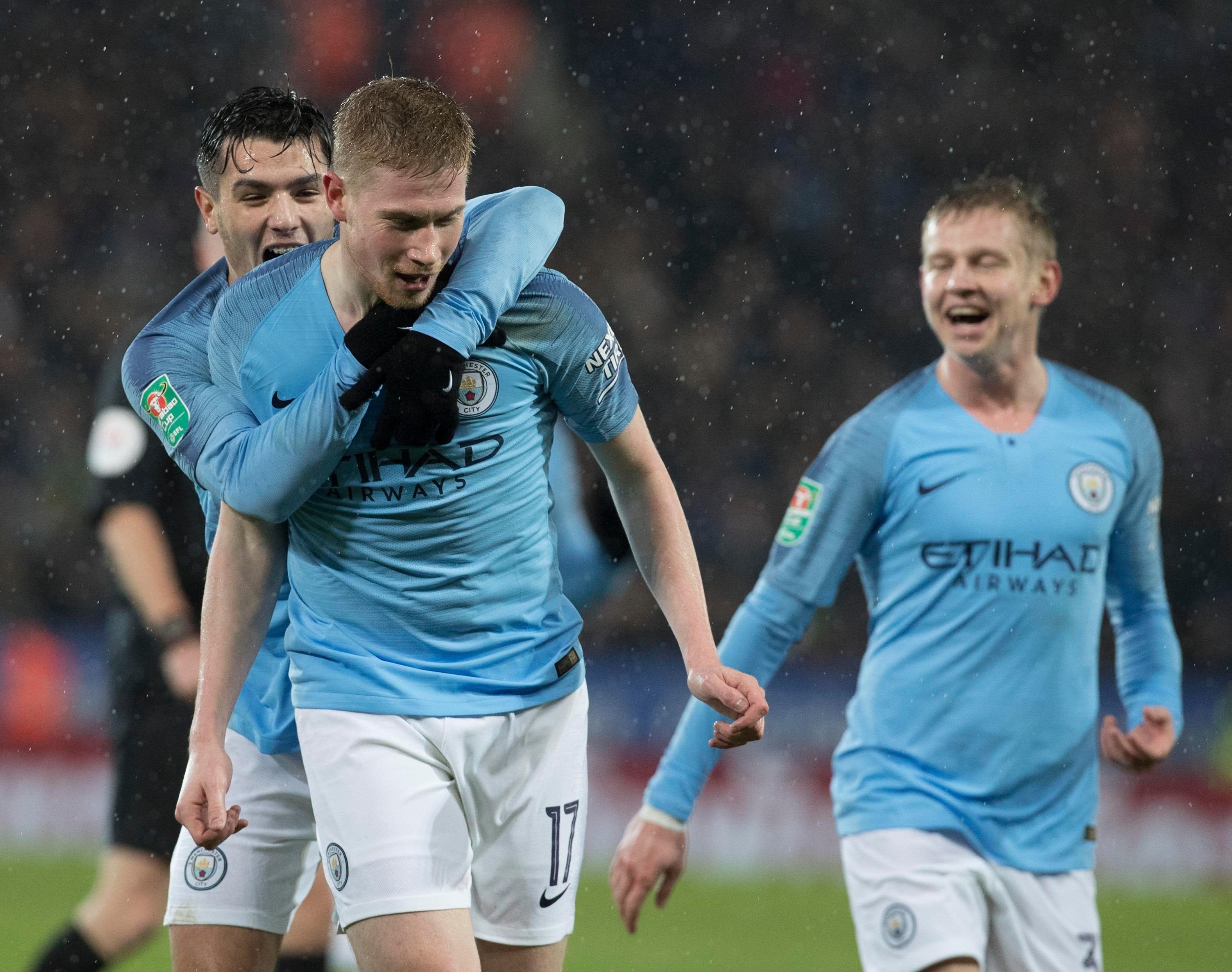 He came off the bench for the final 30 minutes on the opening weekend of the season against today's opponents Arsenal but did not feature again until late October after suffering a torn knee ligament injury.

But after coming back for four games, the Belgian was forced back on to the treatment table with another knee ligament problem.

He came back in mid-December and although he missed two games with a knock, has been building himself back to full fitness again, utilising on the domestic cup competitions.

All in all, it means De Bruyne has made just 16 appearances, scoring all four goals since his second comeback – but by this point a year ago, he had played 40 times. 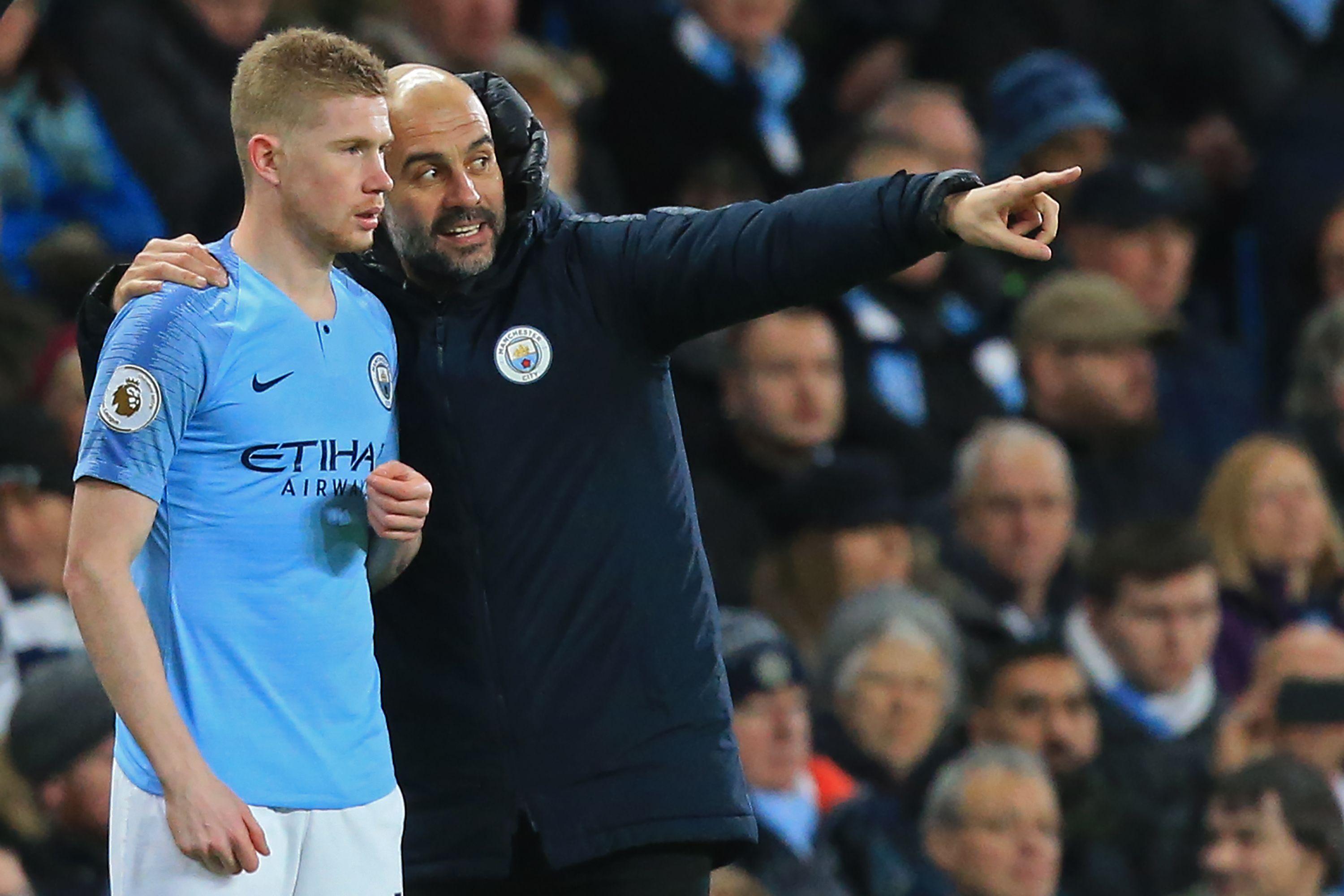 De Bruyne said: “I am doing well. I am happy to be fit. It’s been a long six months for me, but I’m happy that now I can play football.

“I always want to be better. But sometimes my body just says ‘no’ and I have to take that in my stride."

Despite missing one of their key players for much of the season, Manchester City are still very much in the title race, sitting just five points behind leaders Liverpool. 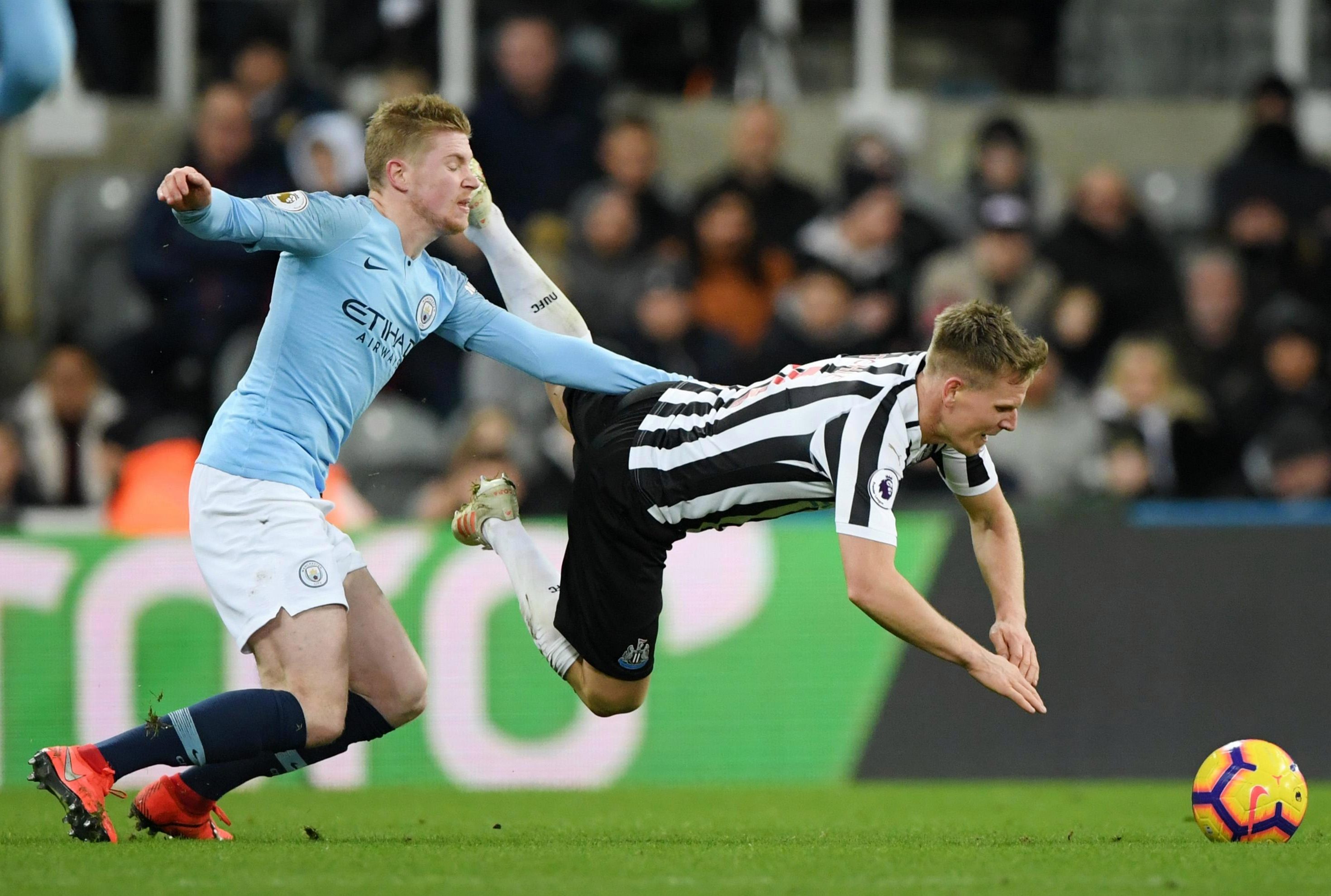 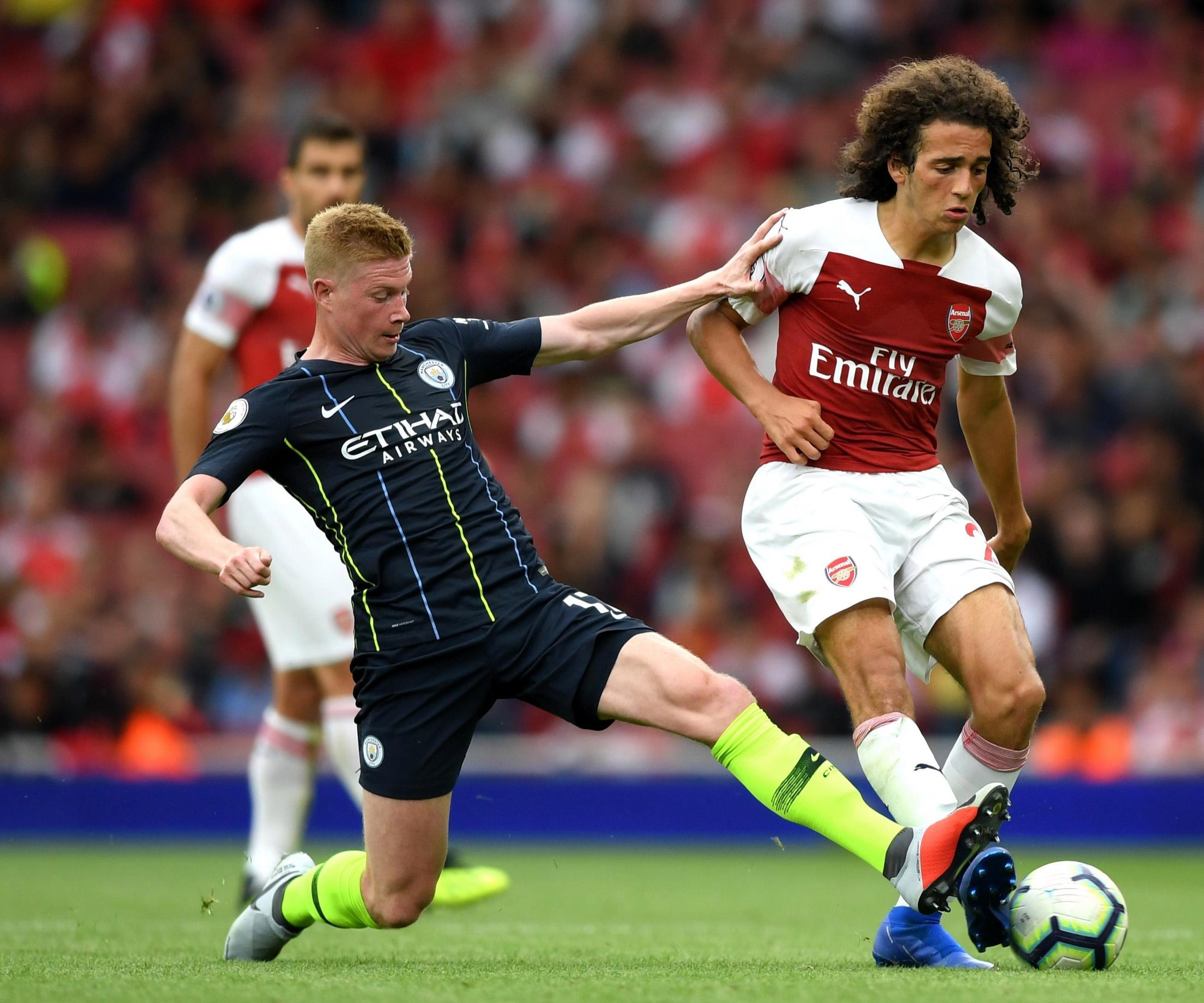 That in itself is testament to Pep Guardiola and De Bruyne's City team-mates' professionalism and sheer quality.

De Bruyne, though, will be hoping to make it three Premier League starts in a row for the first time since May 6 when Arsenal visit the Etihad this afternoon – although he was fortunate not to be sent off in the midweek defeat at Newcastle.

And the playmaker will also be hoping to get through the game unscathed so that he can push on for the remainder of the season – although fatigue may be a problem later down the line.

He played a big part in Manchester City winning the title last season and must deliver again if Guardiola's side are to overturn the deficit and pip Liverpool this time around.

De Bruyne added: "I don’t feel anything in my knee now, but we play so many games sometimes I feel better and sometimes a little bit less. You just feel that in the game and it’s normal.

“I didn’t have a pre-season and I am trying to physically get to the level of last year. I always play the same style. I am not going to do something different to show I’m there.

"People know who I am as a player and what I can do for the team – and that’s not going to change after an injury or two.”