KEVIN DE BRUYNE has revealed the two superstars he would love to have played alongside.

The Manchester City midfielder is considered by many to be the top player in the Premier League at present. 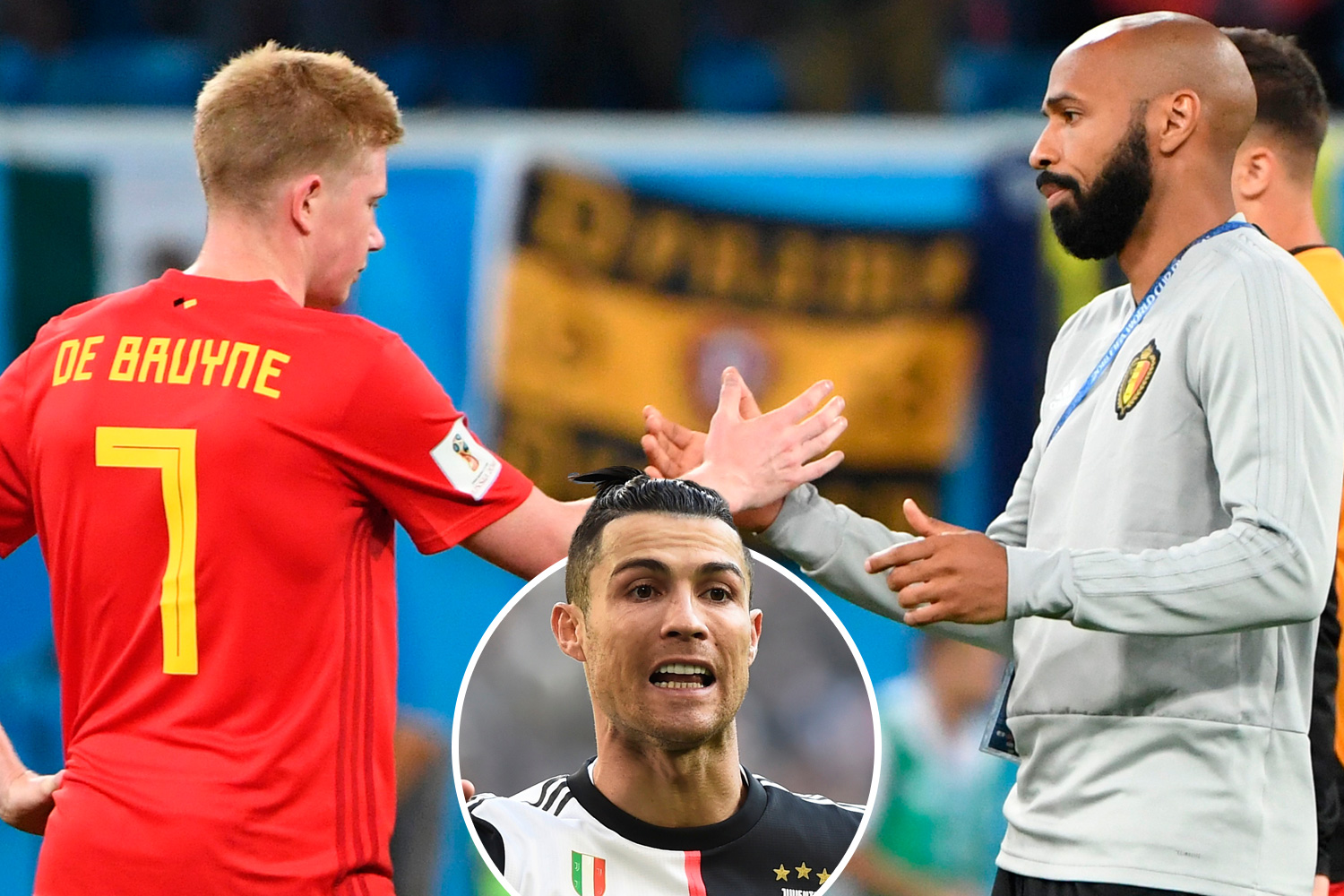 He gets to line up alongside some genuine superstars at the Etihad – as well as for his country Belgium.

Yet he chose his former Red Devils coach Thierry Henry and Real Madrid legend Cristiano Ronaldo as two he would have relished linking up with.

Asked to pick a couple of midfielders he fancied playing alongside, he ignored Jamie Redknapp’s suggestion of Xavi and Andres Iniesta on Sky’s ‘The Football Show’.

He said: “I would look more at attackers – my coach at Belgium, Thierry henry or Cristiano – for me a creative player, he’ll be there.

“I need someone who is quick, goes deep and helps me a lot.

“You play with magnificent midfielders but for me the strikers are most important. So Cristiano or Thierry Henry.”

De Bruyne has become one of the Premier League’s best goal creators during his five years back in England.

But he was also asked to choose his favourite two ‘assists’ during his outstanding spell at the Etihad.

He picked out one he put on a plate for Leroy Sane in the 7-2 rout of Stoke in September 2017 – and a similar one he created for Gabriel Jesus in the win over Aston Villa in January.

“I think maybe the one for Gabriel as I had to do it at full speed, it was a similar pass, bending it around the players but at Villa it was more in his stride.”

Redknapp suggested the long ball De Bruyne played through for Jesus to score the goal at Southampton which took City to 100 points in May 2018.

The former Wolfsburg man added: “That was just a nice one, it’s nothing special. Just nice because of what it meant.

“The game was no good but it was the last second, all or nothing. A hail Mary moment. To get the 100 points at that moment was really special.”

De Bruyne admits he is itching to get playing again after an enforced break of six weeks so far due to the coronavirus.

He believes he was possibly in the best form of his career before the game had to be halted indefinitely due to the worldwide pandemic.

De Bruyne said: “It’s been really nice to see more of my family – but now I’d like to go back to what I love to do but the main thing is keeping everyone safe I guess.”

Asked if his form before the enforced break was better than ever, he said: “I’d say probably – it’s difficult to comment but I guess I’m the most complete player now.

“I think in every aspect of the game. I feel really comfortable now. I think about my time at Wolfsburg where I did well but was more up and down.

“In the last three seasons, I’m really happy to be playing at a constant level.

“My first game of the season against West Ham to the last one against Real Madrid, I’ve been playing really well.

“That makes it satisfying to know I can be constantly good at that level to perform.”