The Irishman's grand return to the octagon couldn't have gone much worse as he was stopped in the second-round. 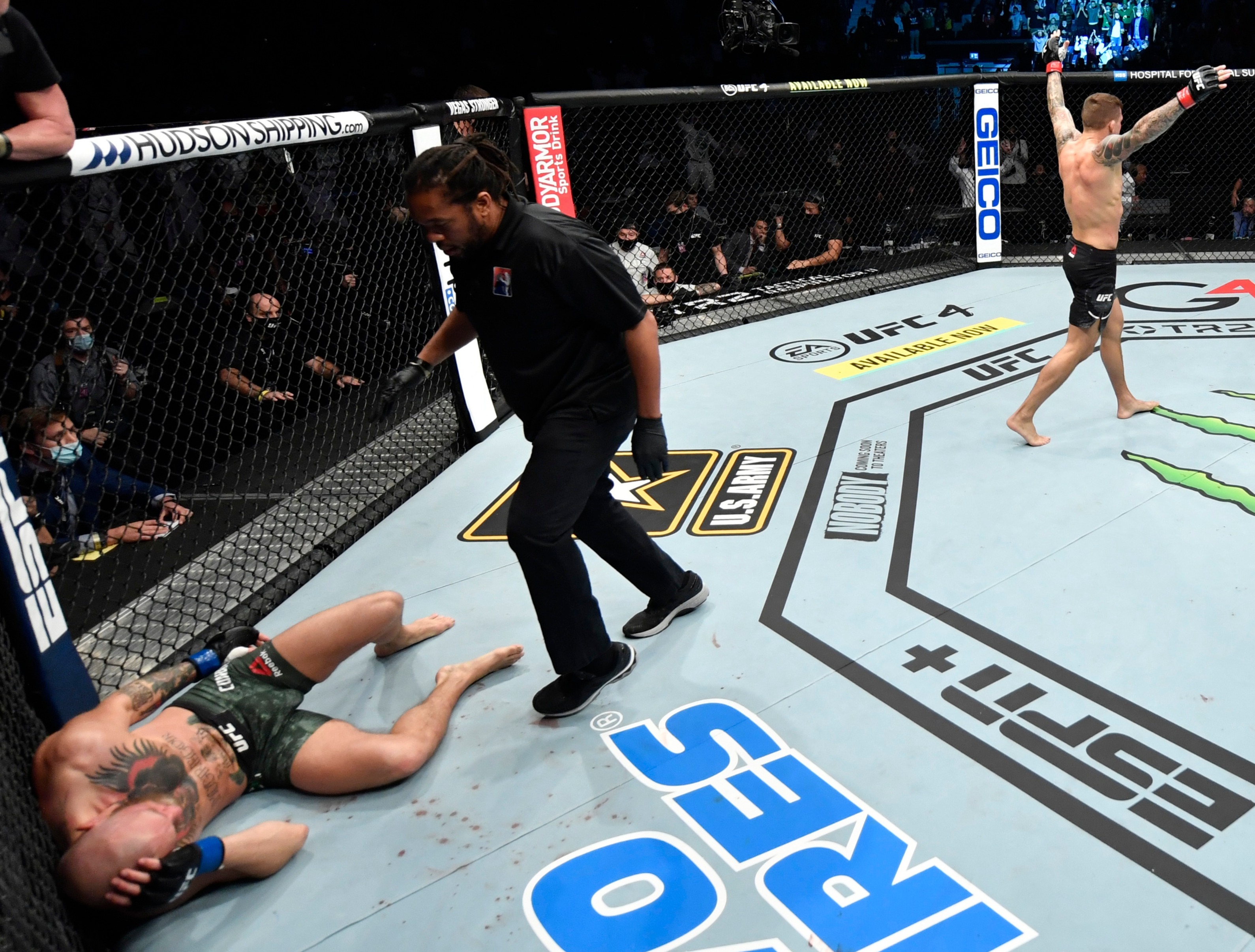 McGregor had easily beaten Poirier in 2014, securing a first-round TKO.

But things were a whole load different in the early hours of Sunday morning as Poirier secured his devastating revenge.

McGregor's old foe Khabib, who also secured a stoppage win, via submission, against the Irishman, was quick to post his thoughts on Twitter.

The Russian, who is rumoured to be considering his own glorious return to UFC, wrote: "This is what happened, when you change your team, leave the sparring partners who made you a champion and sparring with little kids, far away from reality."

Khabib also paid tribute to UFC chief Dana White for 'making the sport' before thanking him 'for everything'.

Fan favourite Poirier looked to hinder the Irishman's movement with leg and calf kicks, which seemed to be taking their toll.

McGregor soon wised up to the tactic and began catching the kicks and looking to land counters.

But the Dubliner's movement was well and truly compromised, which led to eventually Poirier cornering against the fence.

The pride of Louisiana unleashed a hellacious flurry and rocked the former featherweight and lightweight champion with a big left hand. 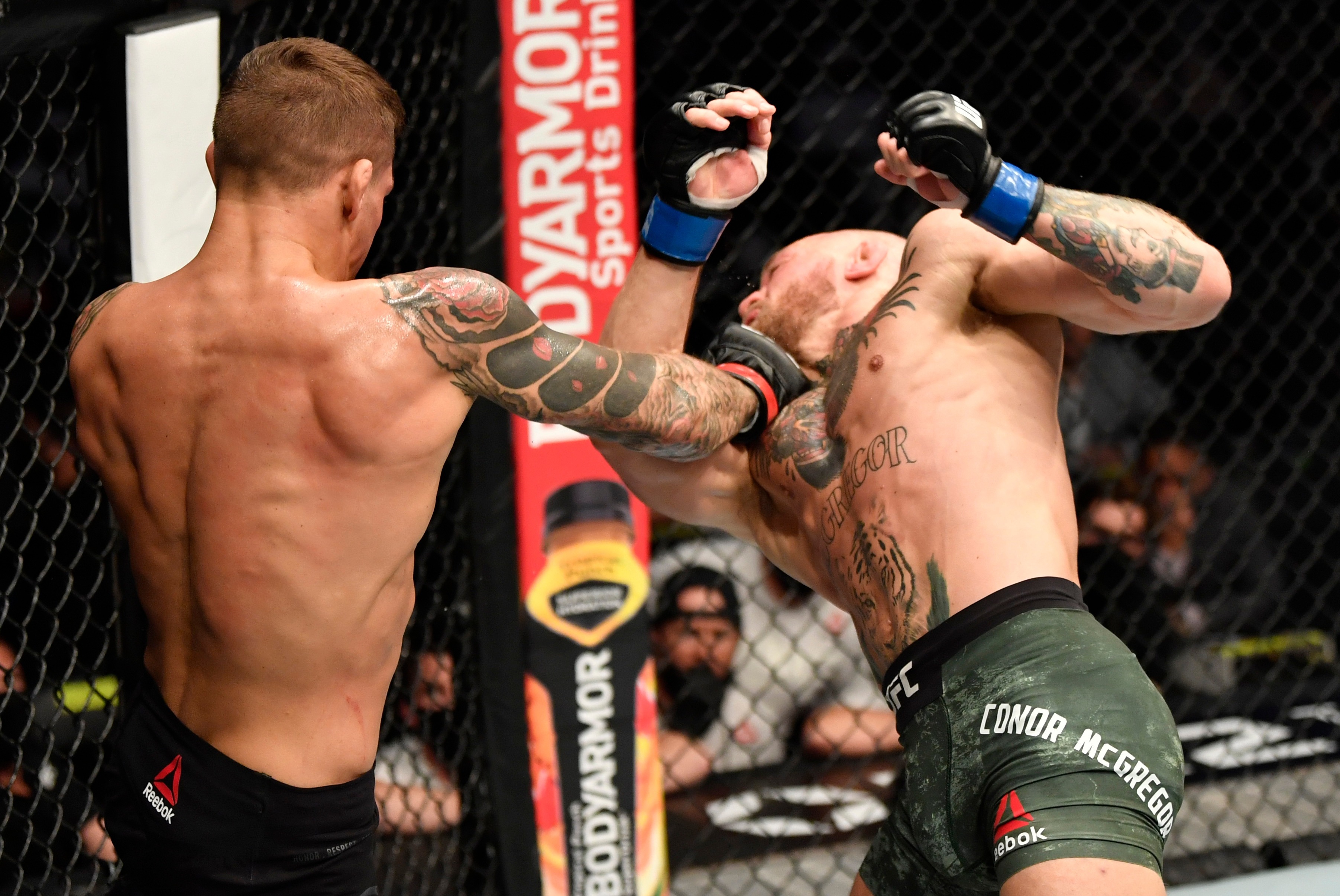 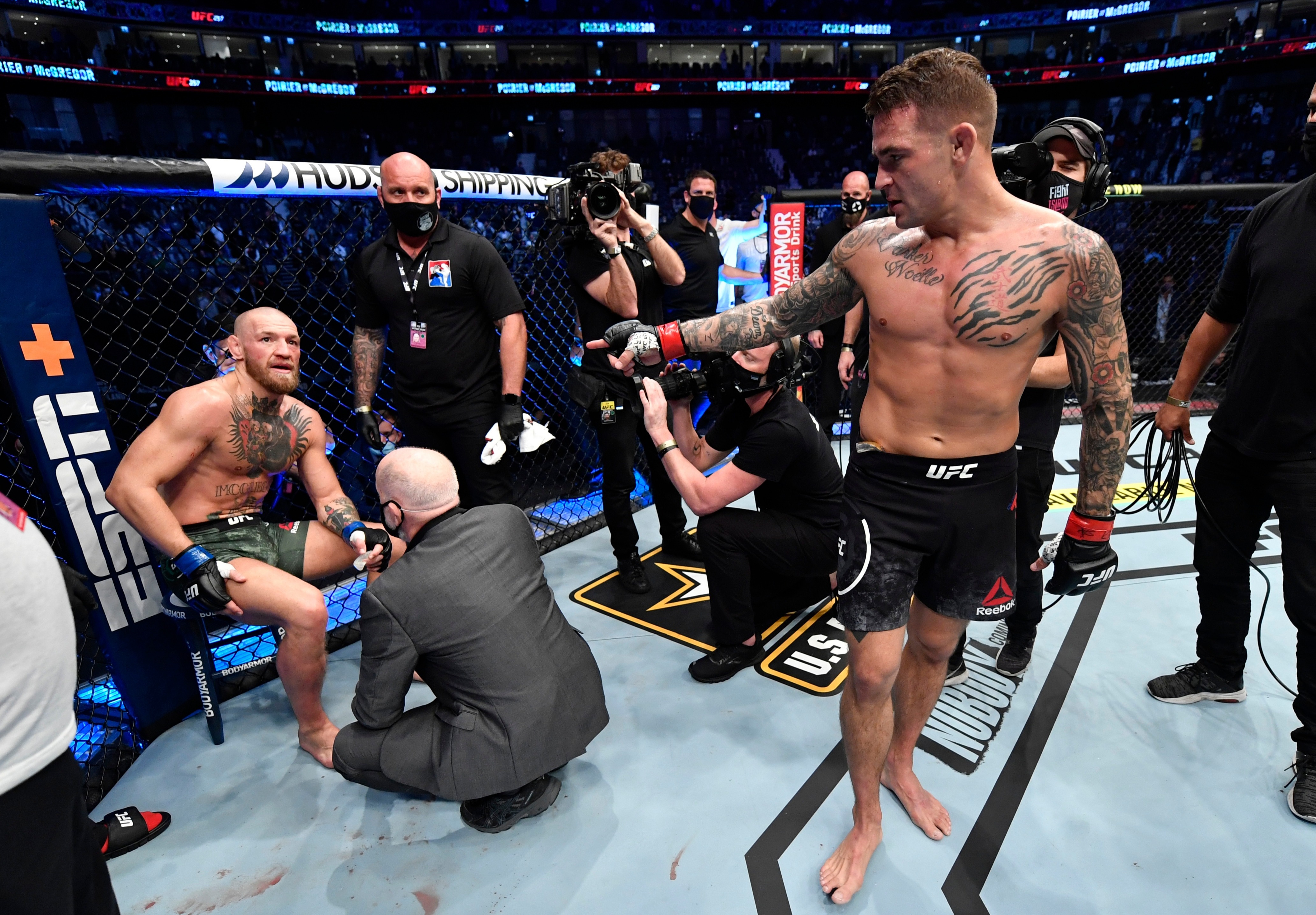 The former interim lightweight champion didn't let up and landed a big right hook that sat McGregor down and closed the shot with some ground and pound.

A rematch against Khabib now seems further away than ever for McGregor, who will have to tread a new road to title glory.

Poirier is now the interim champ, and should Khabib end his retirement, the 32-year-old American should get his shot. 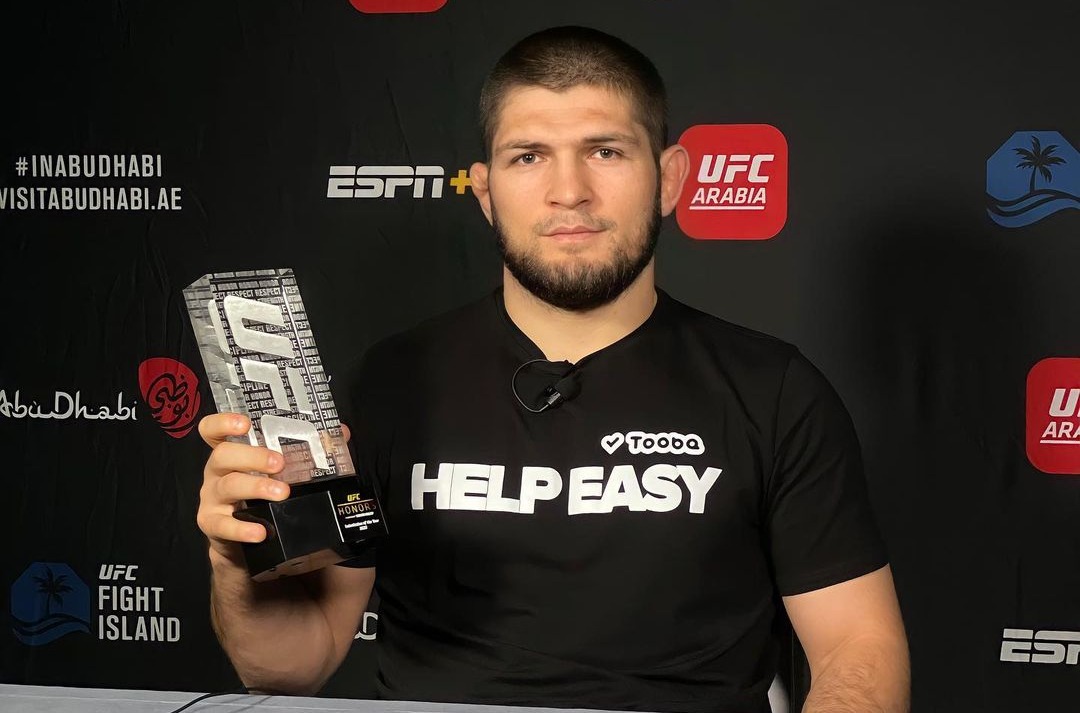