McGregor labelled Abdulmanap Nurmagomedov a "snivelling coward" in the build up to the UFC229 showdown with his son Khabib. 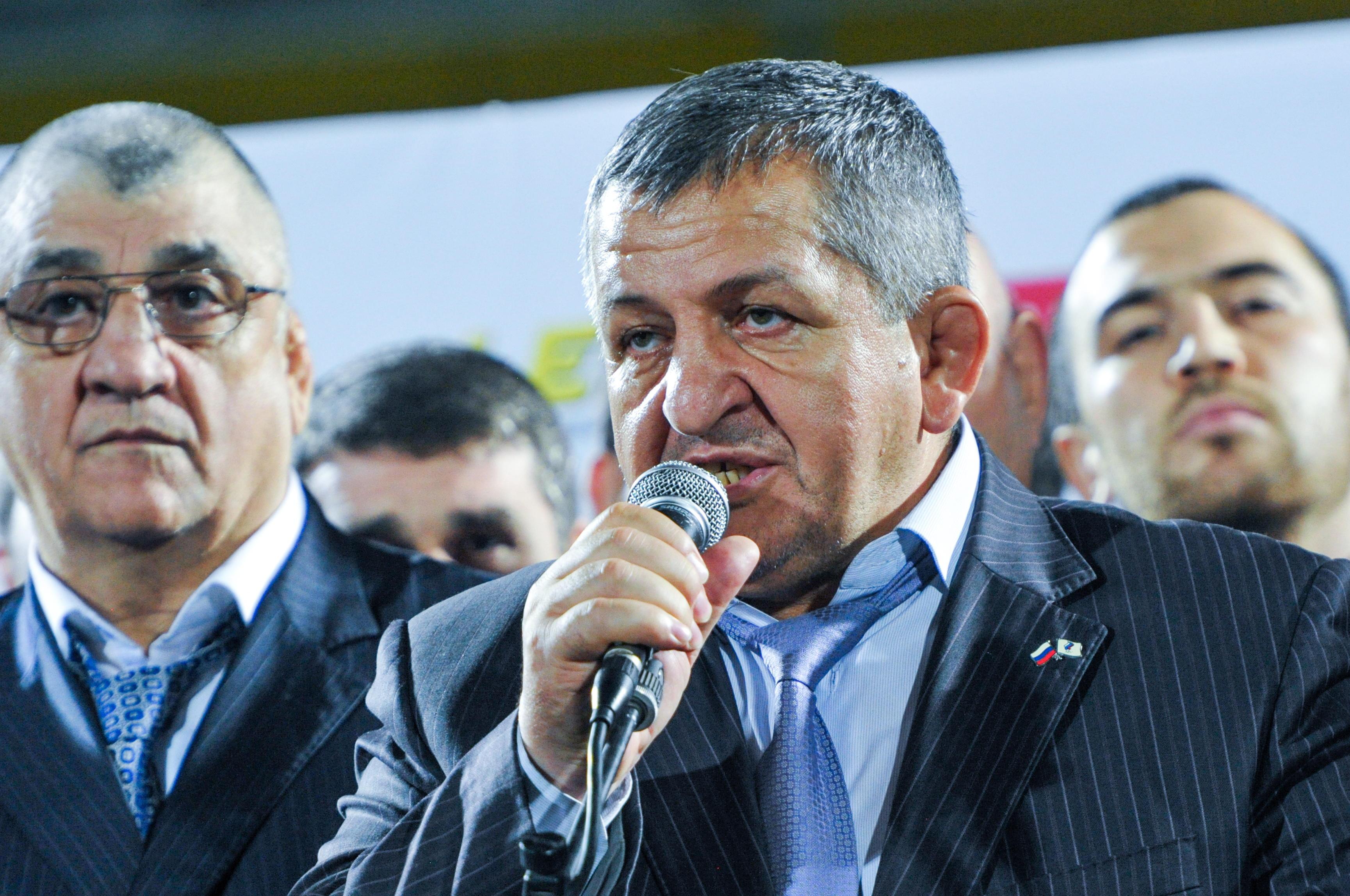 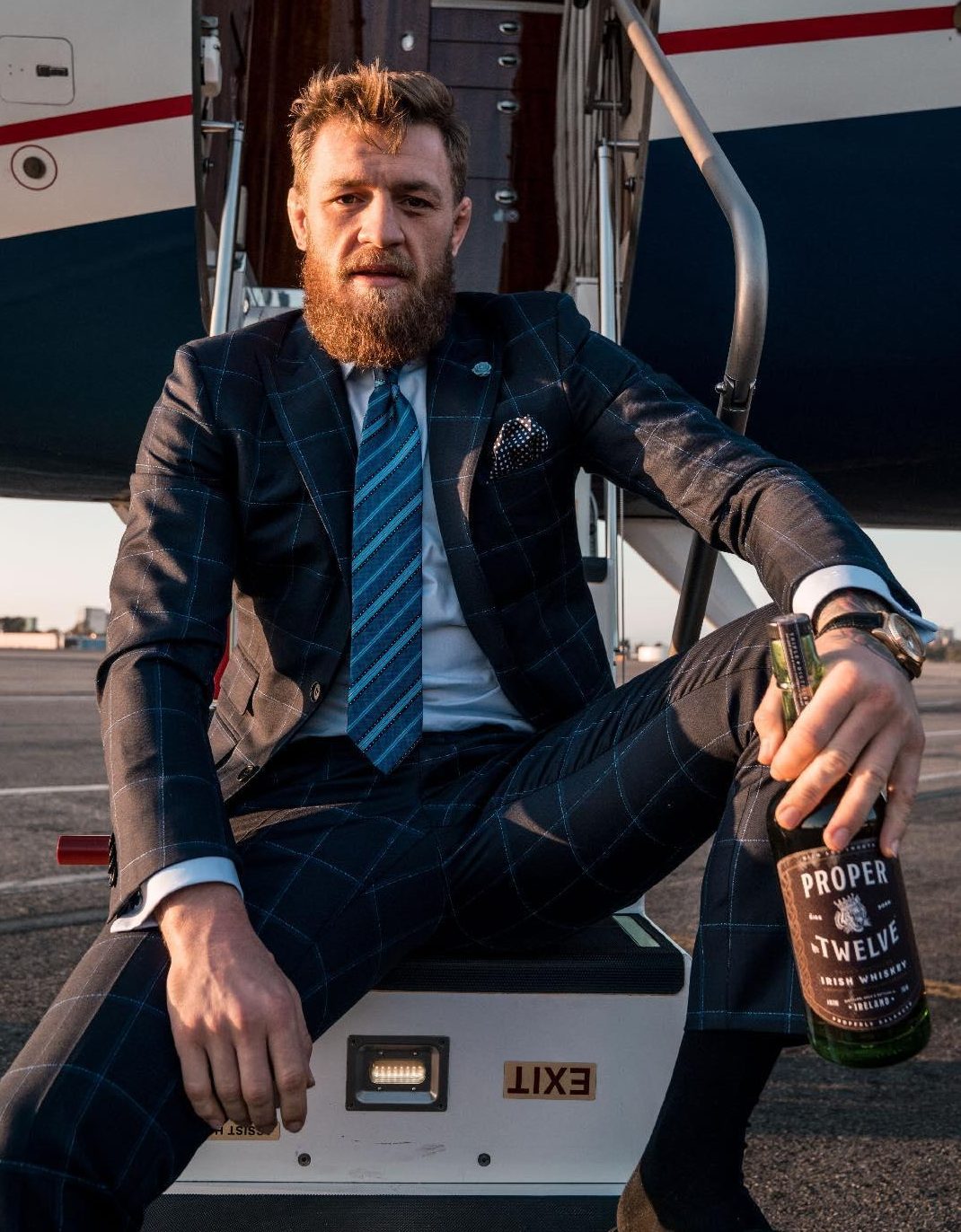 But despite the mocking of their Muslim faith, Abdulmanap decided to forgive The Notorious.

And his actions proved he has indeed moved on since McGregor submitted in the fourth round of the fight.

Khabib's dad, who was denied an American visa to go to the fight in Las Vegas, wants McGregor to attend a Sambo tournament in Dagestan in December.

Sambo is a Russian combat sport and it's acronym translation means 'self-defence without weapons'. 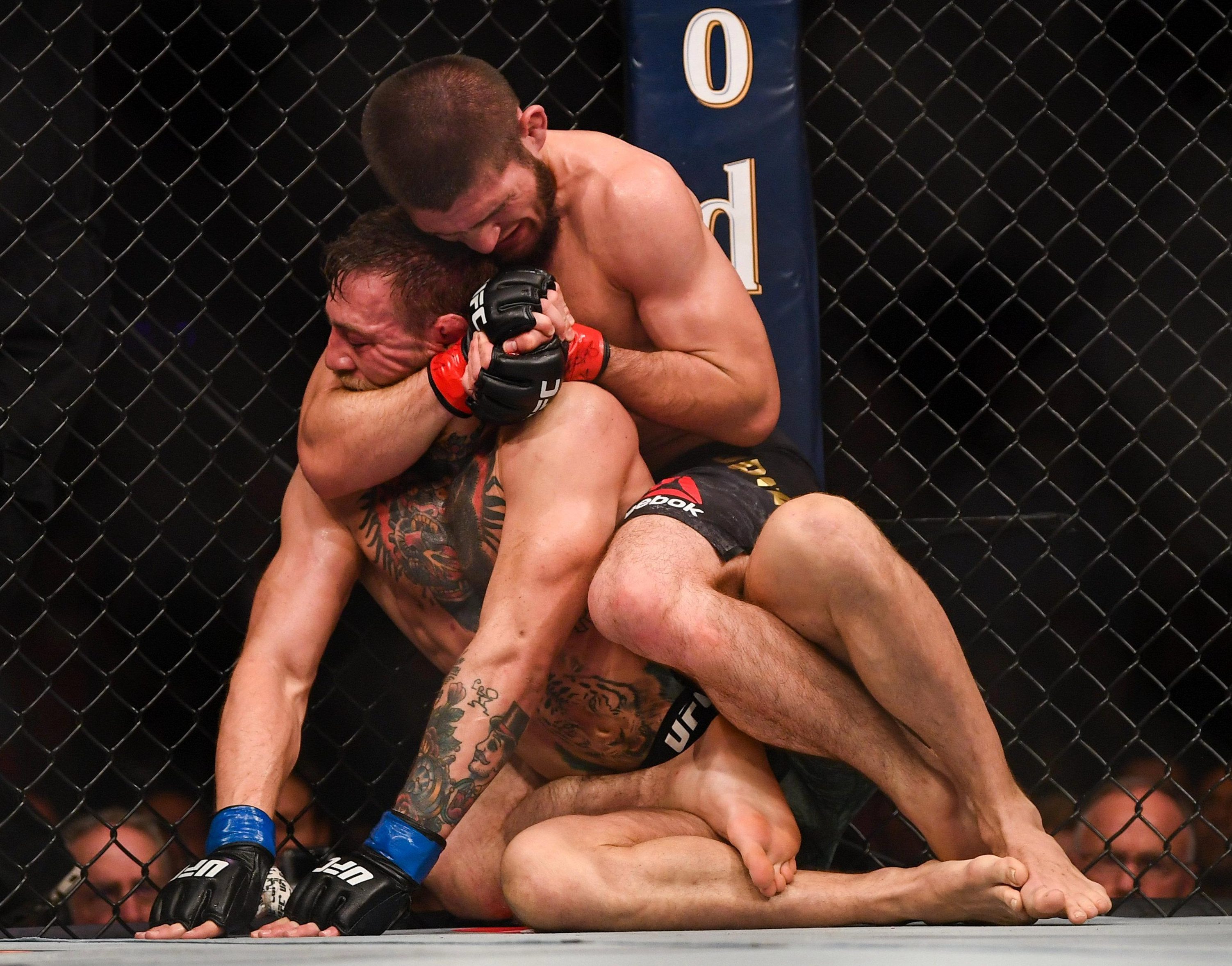 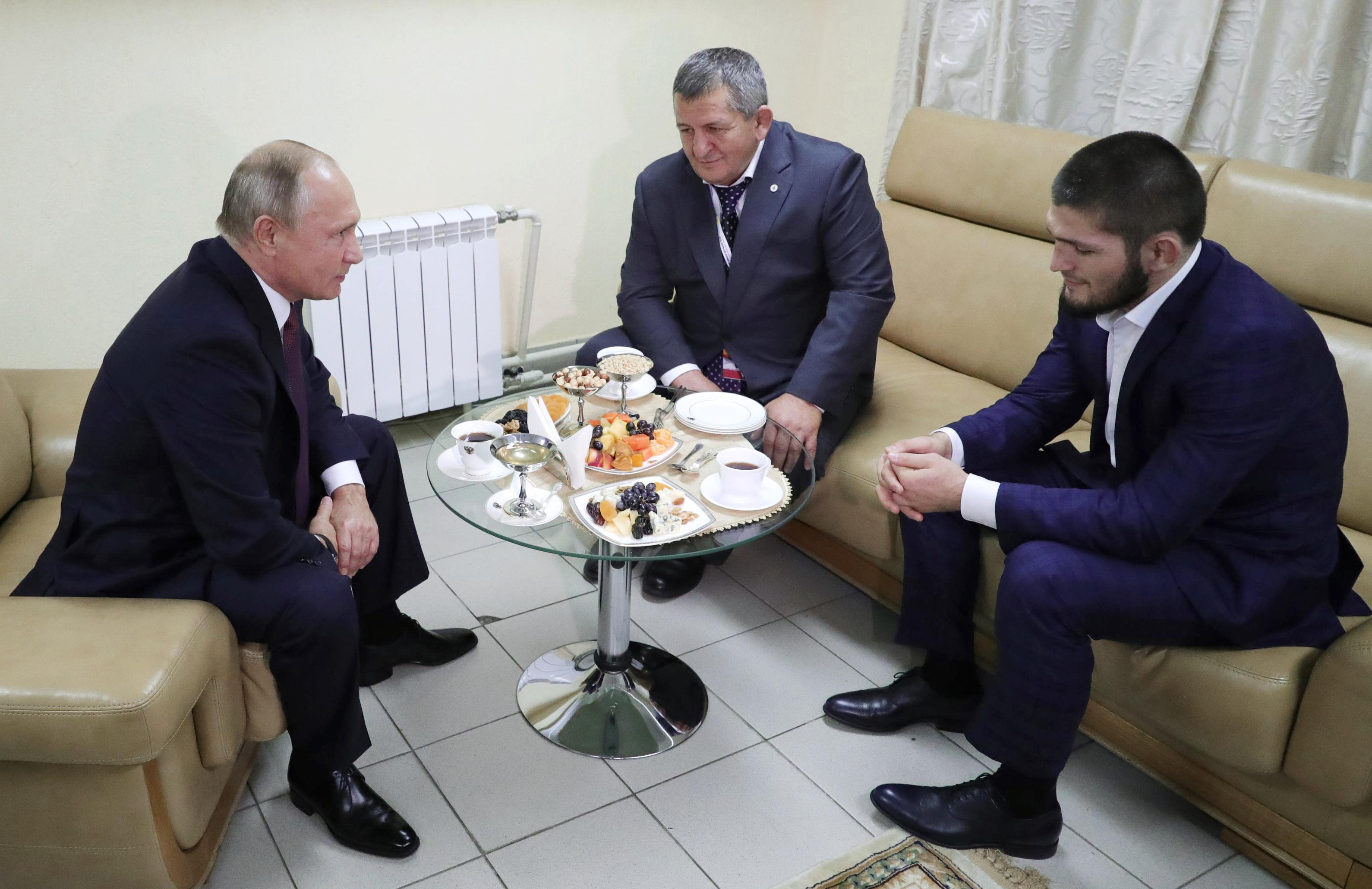 Nurmagomedov Sr said in a video from a car: "Distinguished guests, I invite again to the tournament our close friend [actor and former UFC fighter] Oleg Taktarov and McGregor.

"I said that I forgive him, it's important to be kind-hearted."

A friend also in the car then says McGregor would experience the hospitality of Islam and natural beauty.

Khabib is expected to reject £11million for a rematch with the Irishman in order to take on American Tony Ferguson. 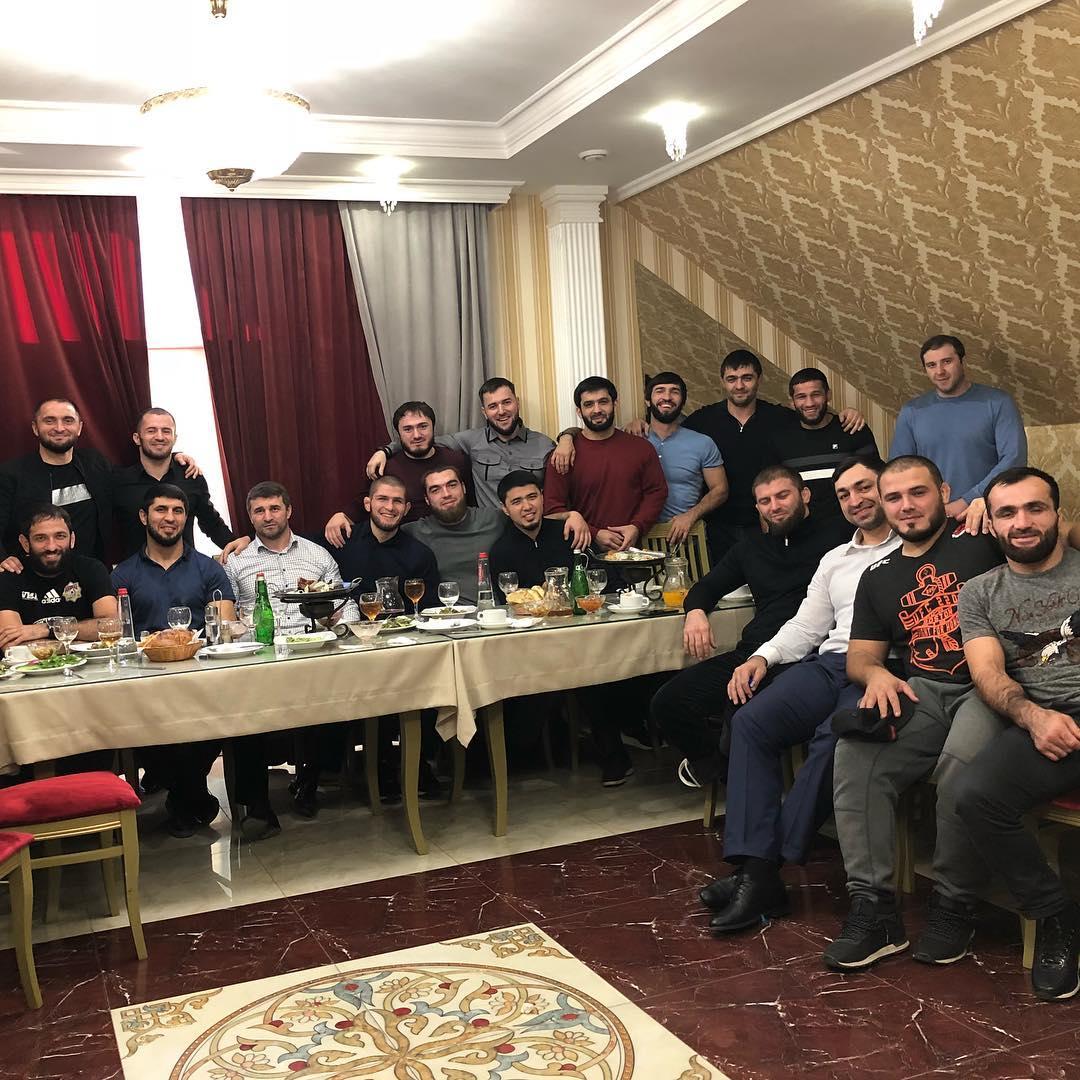 But a showdown with Floyd Mayweather remains a possibility.

And while McGregor continues his US tour promoting his whiskey, Khabib is enjoying relaxing in Russia.

After he and his dad visited Russian president Vladimir Putin, the star is now enjoying time with his closest friends and family.

He took to Instagram to upload a photo with 18 'brothers'.

The unbeaten lightweight champion said: "Worthy Brothers. Brothers, may Allah give you all health and good luck in life."