Usman Khawaja, Nathan Lyon and Peter Siddle have earned recalls to Australia’s one-day squad but there was no room for Chris Lynn in an overhaul of the national team for a three-match series against India that kicks off next week in Sydney. 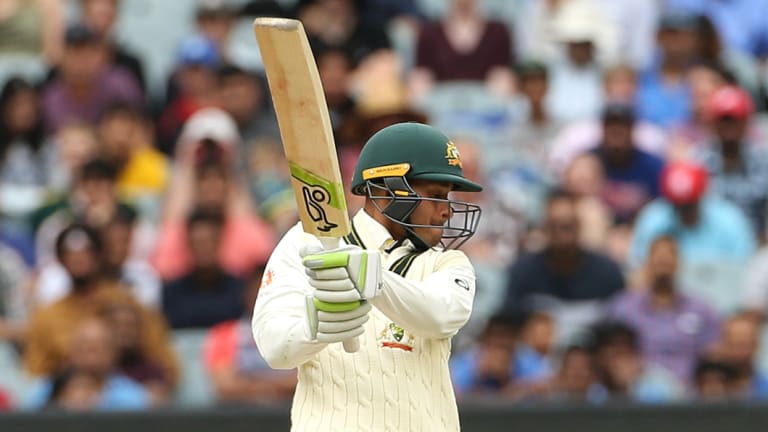 Recall: Usman Khawaja is set to turn out for Australia in a one-dayer for the first time in more than a year.Credit:AAP

Khawaja has not turned out in coloured clothing for Australia since a one-dayer against Pakistan in January 2017 and his inclusion in a 14-man squad indicates he is well in the frame to potentially feature at the World Cup later this year.

With 18 one-dayers under his belt, Khawaja could open the batting with captain Aaron Finch.

Lyon also makes a return to the one-day setup after not featuring against South Africa late last year so he could be fresh for the Test series against India. Adam Zampa is the other spinner in the squad and there was no room for Ashton Agar.

Victorians Glenn Maxwell and Peter Handscomb have been named, while all-rounders Marcus Stoinis and Mitch Marsh will get a chance to impress with the white ball.

“Usman is a batsman we know can put vital runs on the board at the top of the order and Peter is not only a fine player of spin bowling, he’s also a batsman we know can hold an innings together while keeping the scoreboard ticking over. Mitch gives us another all-round option with his ability with both bat and ball.”

There was no room in the squad for Travis Head, D'Arcy Short or Lynn.

"[They] have been unlucky to miss out," Hohns said. "All three have had opportunities to cement their spots, but unfortunately, they have not been as productive as we would have liked in recent times when playing ODI cricket for Australia.”

Wicketkeeper Alex Carey remains one of the team’s vice-captains alongside the younger Marsh brother.

With Test quicks Pat Cummins, Mitchell Starc and Josh Hazlewood rested from the three-match series, Siddle returns to the squad as well, having not played an ODI for his country since 2010.

Jhye Richardson, Jason Behrendorff and Billy Stanlake are the other fast bowlers in the squad.