The Toronto Raptors beat a short-handed Golden State Warriors team, 123-109, in Game 3 of the Finals to take a 2-1 series lead.

The Warriors are thin, with Kevin Durant still sidelined with a calf injury, and then center Kevon Looney and Klay Thompson missing Game 3 with a chest and hamstring injury, respectively.

Thompson was a game-time decision after hurting his hamstring late in Game 2. According to reports, Thompson was lobbying to play, but the Warriors ultimately denied him, choosing to have him sit out.

As a result, the Warriors struggled to generate points on offense, with Stephen Curry scoring 47 of their 109 points. Only two other Warriors players scored in double-digits. They also missed Thompson’s versatile perimeter defense.

During the game, cameras caught an agitated Thompson on the bench, as the Raptors held a double-digit lead for much of the game and responded whenever the Warriors cut it close. 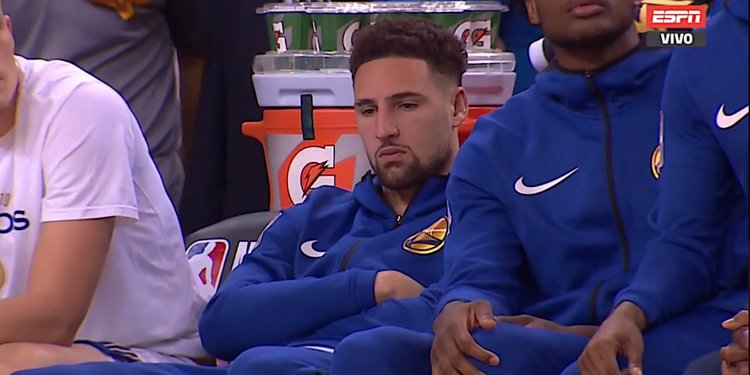 After the game, Warriors head coach said the team ultimately decided to sit Thompson for one game rather than risk aggravating the injury by pushing to play in Game 3. Kerr said he never would have forgiven himself if Thompson had made the injury worse.

Of course, the Warriors also took a gamble. Even with two stars on the court in Curry and Draymond Green, the Warriors don’t have the fire-power to keep up with a deep, talented Raptors team. In playing short-handed, they lessened their chances of winning and are now down in the series.

From the sounds of it, Thompson and Durant could play in Game 4, meaning the Warriors will be as close to whole as they have been all playoffs (since DeMarcus Cousins is now back in the fold). A healthy Warriors squad can beat the Raptors, but they’ll now have to win three times in four games — no easy feat.