Gold Coast co-captain Tom Lynch has been ruled out for the rest of the season with a PCL injury.

The out-of-contract free agent will undergo surgery after battling a knee problem for most of the season. 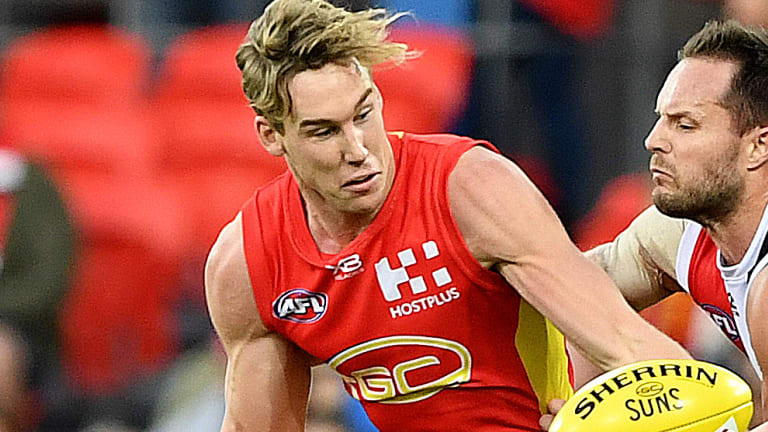 The Suns forward said he was yet to make a decision on where he would play in 2019 and beyond and he would not make that call until later in the year.

The 25-year-old is expected to be in demand with Victorian clubs Richmond, Collingwood and Hawthorn all understood to be keen on recruiting him.

Lynch said he understood his absence would only increase speculation on his future.

"Post-surgery I’m sure the time will come where I’ll sit down with my manager and work through what the best option going forward is," Lynch said.

"Clearly, I’ve got a decision to make on my future, but the reality is I haven’t made that decision."

Suns football manager Jon Haines said recovery from the surgery would take between four to six months and the club would support Lynch to make a full recovery.

"Tom has displayed terrific leadership and great character to manage the issue to this point," Haines said.

"We have always been of the view that Tom’s personal wellbeing is our number one priority and following detailed consultation with Tom, the club doctor and the relevant specialists, we have all agreed that surgery to repair his PCL is the most appropriate decision."

Lynch was All-Australian in 2016 after being the Suns' leading goalkicker from 2014-2016 and has won two best and fairest awards with the club.

Lynch has not featured in a single finals series during his time at the club, and has played in only 37 wins. However he has been a loyal performer under three coaches in Guy McKenna, Rodney Eade and Stuart Dew.

This season, under new mentor Dew, the Suns have won just three matches, with Lynch playing despite ongoing knee soreness.

He has managed 10 games but has been unable to perform at his best, with the Suns losing their past eight games.

Gold Coast have been restructuring their football department since the end of last season with a new coach, football manager and list manager in place while their elite performance head is out of contract at season's end.

The Suns have lost key players in the past few seasons with Jaeger O'Meara now at Hawthorn, Dion Prestia and Josh Caddy at Richmond, Gary Ablett at Geelong, Harley Bennell at Fremantle, Adam Saad at Essendon and Charlie Dixon at Port Adelaide.