Who knew? Aquanita probe to shift its focus to the betting records

The Aquanita eight will serve long periods of disqualification after the Victorian Racing Appeals and Disciplinary Board delivered its judgement last Thursday but now stewards must find out whether any punters were acting on inside information with regard to the systemic cheating scheme.

Judge John Bowman said as much in his judgement, giving a not-too-subtle hint that the investigation was not yet over.

“This brings to an end the first part of this very sad and sorry tale,” he wrote. 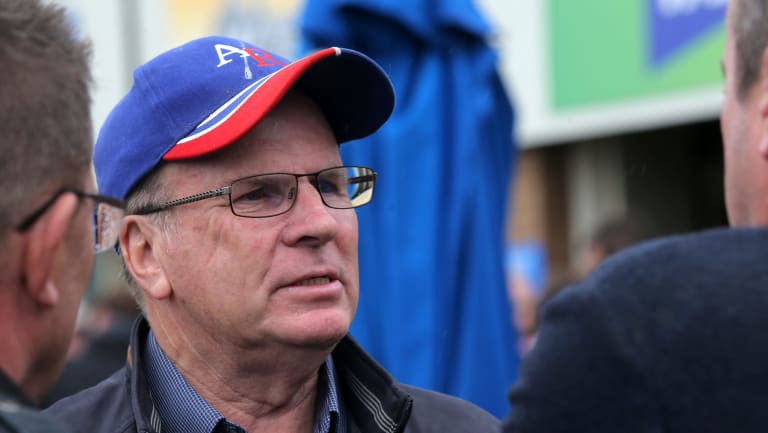 Only the beginning: trainer Robert Smerdon has been banned for life but there might be more to come in the Aquanita investigation.

The disgraced trainers have been dealt with. Now, as with any racing inquiry, an examination of  the betting paterns will reveal who else knew what was going on in what Judge Bowman ruled was "a long running systematic conspiracy to try and obtain an unfair advantage in well over 110 races over seven years.”

Judge Bowman continued: “The Aquanita case represents one of the darkest and longest chapters in the history of the Australian turf. There is a litany of brazen attempts to cheat and to obtain an unfair advantage over many years by a well-organised team.”

There are 271 charges in the Aquanita case and the text messages that formed the centrepiece of the evidence revealed betting was taking place on the horses tha had been "topped up".

"We are committed to ensuring that the very small minority who seek to breach the Rules of Racing and undermine our sport are found, investigated and ultimately prosecuted,” he said. "That is what our participants, our customers and the wider public expect us to do.”

But the job is only half done until the betting records from all the races are reviewed to see if there were any regular punters on the Aquanita horses involved in the charges.

South Australian stewards made a rod for their own backs by not reporting the details of interviews with trainer Henry Dwyer about his runner Legless Veuve before the Robert Sangster Stakes on May 5.

The rumour mill has been in overdrive this and Racing SA chief steward Johan Petzer refused to answer Fairfax Media enquiries about what went on at Morphettville a week ago.

Dwyer was interviewed in the lead-up to the group 1 but nothing was noted in the stewards' report. It did reveal that Legless Veuve was tested on three occasions for the afternoon and was the only horse all day to be post-race blood-tested.

A part owner of Legless Veuve told Fairfax Media the mare delayed the jockeys mounting up because she was so late into the parade and that anything which might have been found by stewards was for post-race recovery.

Stewards allowed the mare, which was previously trained by one of the Aquanita eight Stuart Webb, to run in the group 1 after they spoke with Dwyer. The intrigue remains because of the stewards' lack of transparency, something they expect of trainers.

Tracey Bartley has only 14 horses in work but he was the leading trainer at the Scone carnival as Bare Naked Lady, In Good Time and To Excess delivered a weekend to remember.

The Wyong trainer outstripped Godolphin, Chris Waller and Team Snowden with the trio of winners he targeted at the carnival.

While Inglis Challenge winner Bare Naked Lady and the unbeaten In Good Time will spell after their feature wins, To Excess is one to follow after a storming win in the Ortensia Stakes.

“He had absolutely no luck at the end of his last campaign and he is the best horse I have had since Sniper’s Bullet,” Bartley said. “You plan these things but for it to come off it was very satisfying.

“To Excess will back up in a couple of weeks in Sydney and I think he is up to winning much better races from what he showed me at home.”