Seven seasons at Manly have taught Jamie Buhrer exactly what Newcastle can expect from the besieged Sea Eagles in Friday night's NRL clash.

And for Knights fans, it isn't good. 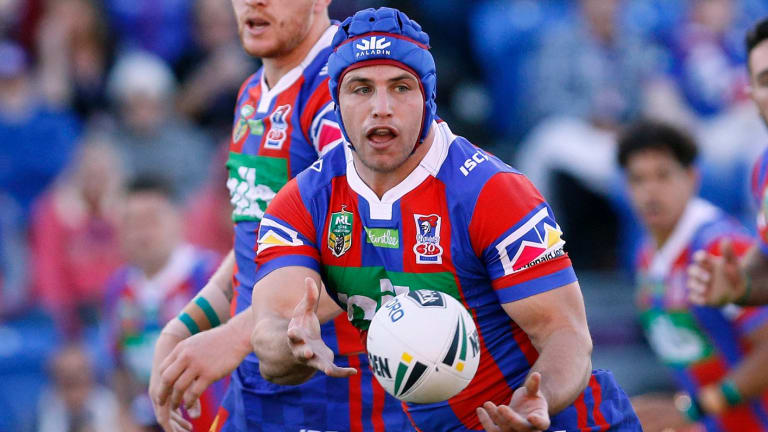 Newcastle co-captain Buhrer admits he is bracing himself for a brutal backlash after Manly continued to deal with the fallout from an ill-fated trip to Gladstone.

The Sea Eagles hoped to have finally put the disastrous round five clash behind them this week when they fined four players for breaking curfew during the trip after a club review.

But Buhrer, who earned a NSW Origin cap during his Manly stint from 2010-16, believed the Sea Eagles could only put the saga behind them with a crushing win for their home fans.

Asked how he expected Manly to respond to their turbulent time, Buhrer said: "Pretty aggressive, I would imagine.

"Manly have had their fair share of scrutiny, which is probably a bit of an understatement.

"They won't be lacking any motivation, let's put it that way.

"And they are playing at Brookvale Oval with their backs against the wall – they are going to be a tough proposition."

Buhrer feared maligned skipper Cherry-Evans would respond by priming Manly for a repeat of their round two 54-0 demolition of Parramatta at Lottoland.

"He is always a threat and he is going to look to respond (from horror month)," he said.

"Against Parramatta we saw what they can do when they put it all together.

"And going down to Brookvale is always a tough task.

"But our wins have come off the back of the boys willing to work really hard for each other for the full 80 minutes – I am hopeful we put in another performance like that on Friday night."

The Sea Eagles have lost three straight, starting with the Gladstone road trip from hell.

That includes a last round 44-10 loss to previously win-less Parramatta.