Brighton winger Knockaert launched himself studs up into a challenge with his Palace rival in the opening exchanges of the big clash at Selhurst Park. 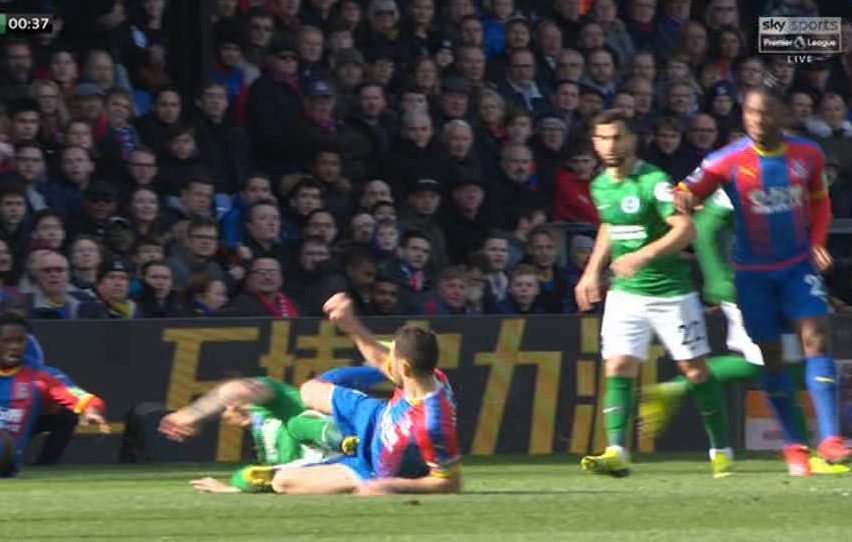 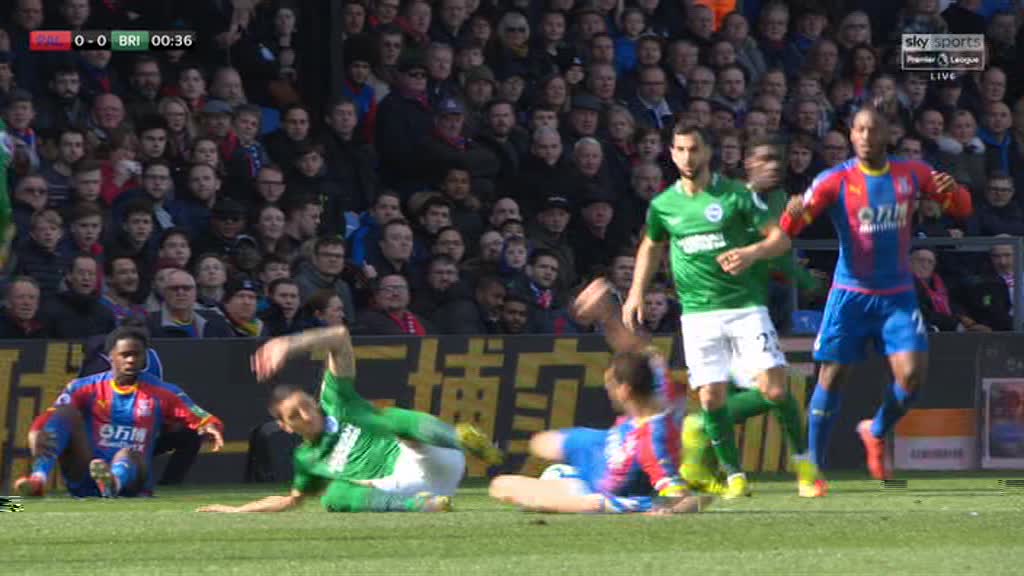 But the Frenchman only succeeded in driving his boot right into the delicate area of Milivojevic, leaving the Palace midfielder a crumpled heap on the floor.

Yet referee Craig Pawson decided not to brandish a red card for the horror tackle, instead deciding to hand him a booking.

The yellow card was officially recorded as being shown on 28 seconds, the quickest in the Premier League in ten years.

That was when Blackburn defender Stephen Warnock earned a booking after just 26 seconds for a foul in the clash with Hull in March 2009. 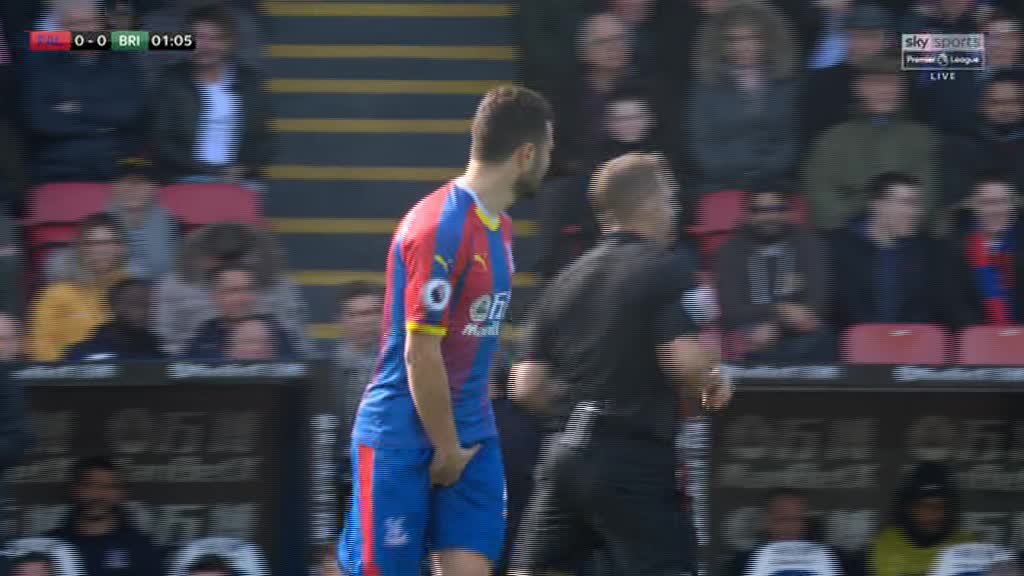 To make matters worse for Palace, Knockaert then popped up to score the winning goal with a brilliant curling effort into the top corner.

The decision not to send off the Brighton star left fans on social media stumped.

Many believed that had the challenge been made later in the match it would have been punished with a straight red for violent conduct.