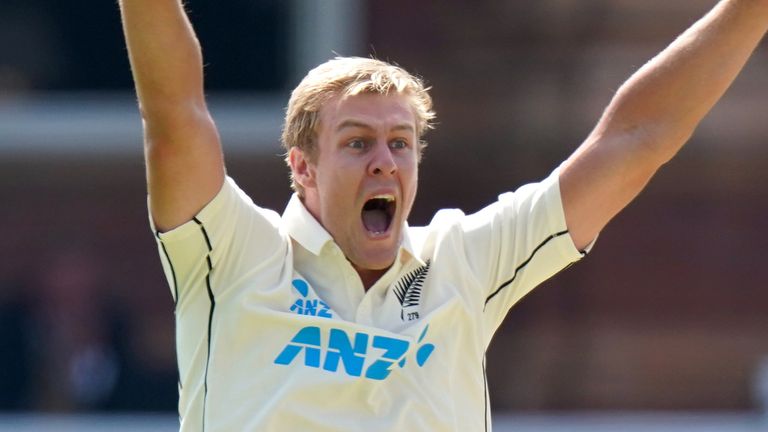 Jamieson, who is part of New Zealand’s squad for their tour of England, will be available for selection for the Vitality Blast game against Middlesex at the Kia Oval on June 25.

He will also be available for the final two group matches of the LV = Insurance County Championship, against Hampshire and Somerset in early July.

The 6ft 8in Kiwi has been brought in to replace Sean Abbott, who was forced to return to Australia after sustaining a hamstring injury on debut in April, and Kemar Roach also returned to the West Indies to represent his country.

He will be available for selection against Middlesex in the Vitality Blast match at The Kia Oval on 25th June and will remain with the squad until the final group game.

Jamieson has a Test average of 15.15 since making his debut last year, and this will be his maiden stint in English domestic cricket.

Jamieson said: “I’m really excited to get the chance to play some county cricket after the Black Caps tour.

“Originally I didn’t think this opportunity would be possible with the schedule this year, but with how things have unfolded it’s great to be able to join Surrey and experience both T20 and first-class cricket.

“Playing county cricket is something I’ve always wanted to do in my career, so to have the chance to do so now is awesome.

“I’ve heard a lot of great things about county cricket, particularly T20 Blast nights at the Kia Oval, and can’t wait to take up the opportunity with Surrey to continue to learn and grow whilst trying my best to contribute to the team’s success.”