Former Davis Cup star Sam Groth has applauded Nick Kyrgios for seeking professional help to tackle his mental demons and believes such a move could unlock his grand slam potential.

Groth endured his own struggles, taking leave from the sport to play Australian rules during one particularly turbulent period in his life, before returning to tennis and crowning his career with the Newcombe Medal in 2015. 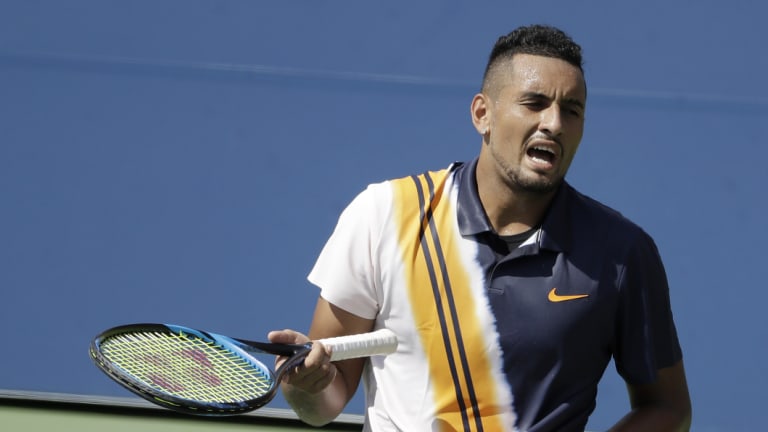 "We've seen a lot of sports people across the board, not just in tennis, who've battled with this sort of stuff," he said.

"Tennis probably heightens that feeling anyway because it is such a lonely, selfish sport where you're travelling, you're away from your support networks and key people a lot of the time.

"So the first step for Nick is a great step, acknowledging that he needs to go out and get that help and, not in a bad way, I think we've all sort of seen it from a distance, so it's a big step forward for him."

Groth's first hope is that Kyrgios finds happiness in himself.

"We all know he's a great tennis player at his best, but I don't think you want to see anyone miserable and struggling with different things in their life," he said.

"I sort of went through that situation. I obviously had my struggles early in my career and came back and found things that made me happy off court and it definitely helped me come through."

The first player since Roger Federer to reach two different grand slam quarter-finals as a teenager, Kyrgios hasn't made the last eight at a major in almost four years.

The 23-year-old admitted earlier this month he was trying to "get on top of" his mental health after slipping to 36th in the world following another rollercoaster season on Tour.

"We all know Nick's potential is to win a grand slam. He's beaten all the top guys who've dominated the sport for so long," Groth said. 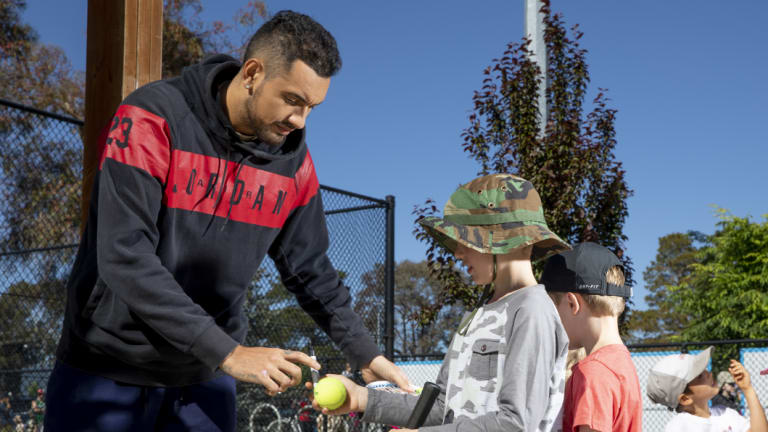 "But, as we've always said, it's up to Nick whether he wants to do those things and I think him coming out and saying this shows that there were things happening off the court that were affecting him on the court.

"So assuming he gets this stuff right, there's no reason why he can't be in that next top echelon and take that step from being 15 in the world to five or better."