First-half goals from Alexandre Lacazette and Henrikh Mkhitaryan allowed the Gunners to jump above Manchester United just as the season is entering its business end. 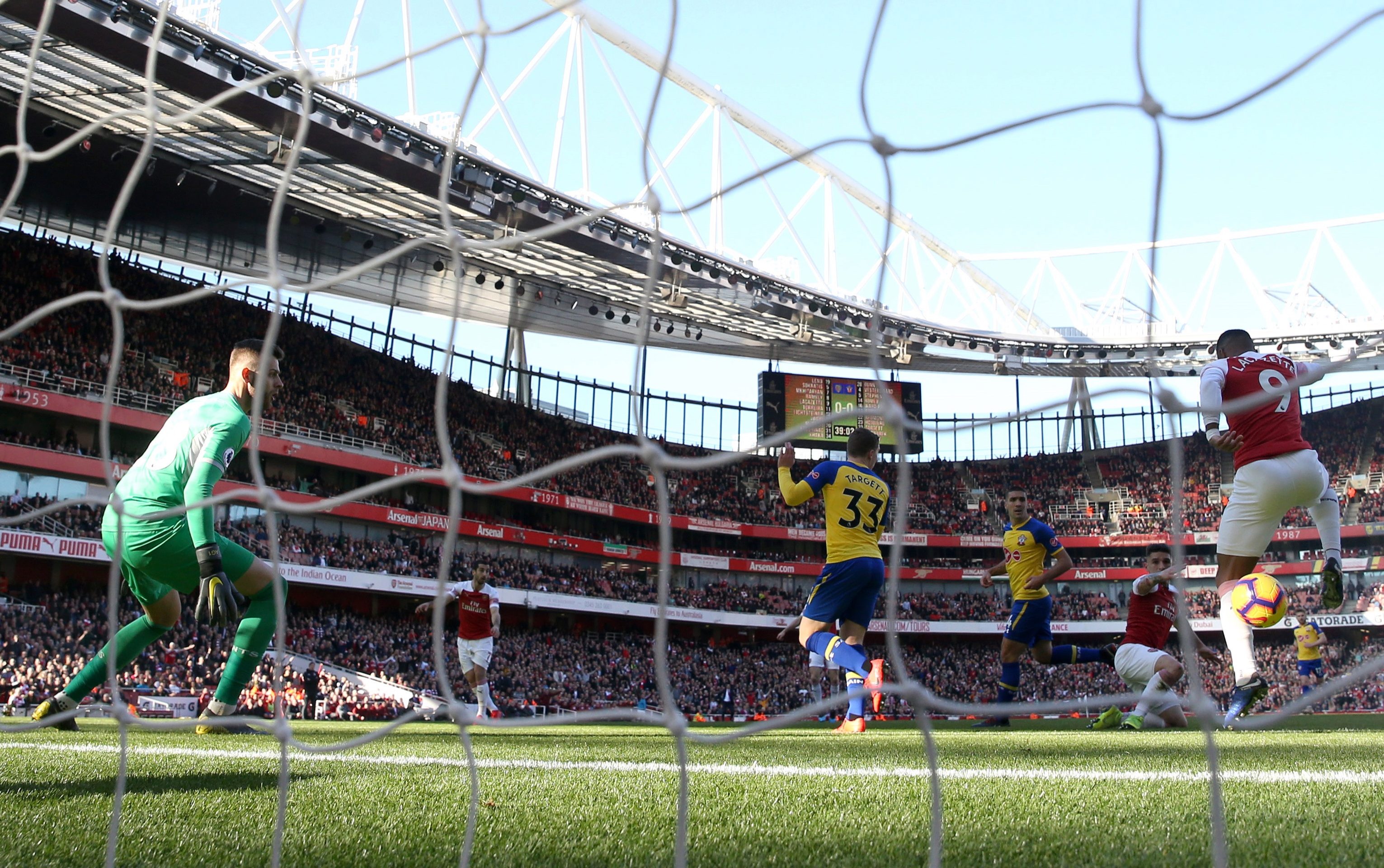 Unai Emery could even afford to leave Mesut Ozil, Pierre-Emerick Aubameyang and Laurent Koscielny out of his starting line-up without seriously damaging his team’s prospects.

Yet Southampton should have been ahead in the sixth minute when Nathan Redmond sprung Arsenal’s creaking offside trap but shot too close to keeper Bernd Leno.

And instead of finding themselves a goal up, the struggling visitors were suddenly behind after Arsenal immediately countered down the left wing through Alex Iwobi.

Lucas Torreira appeared to be dragged down by Jack Stephens as they competed for Iwobi’s low cross but before ref Graham Scott could reach for his whistle, Mkhitaryan’s shot was turned in by Lacazette. 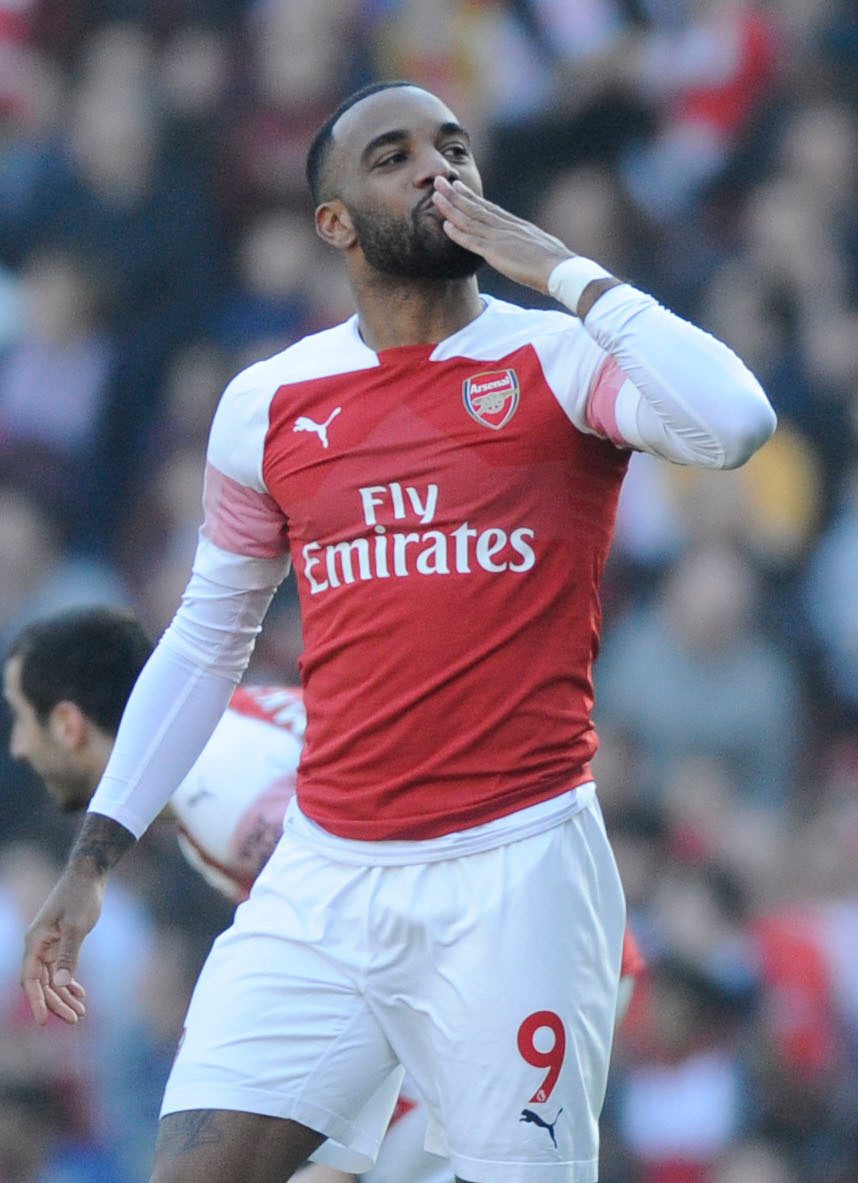 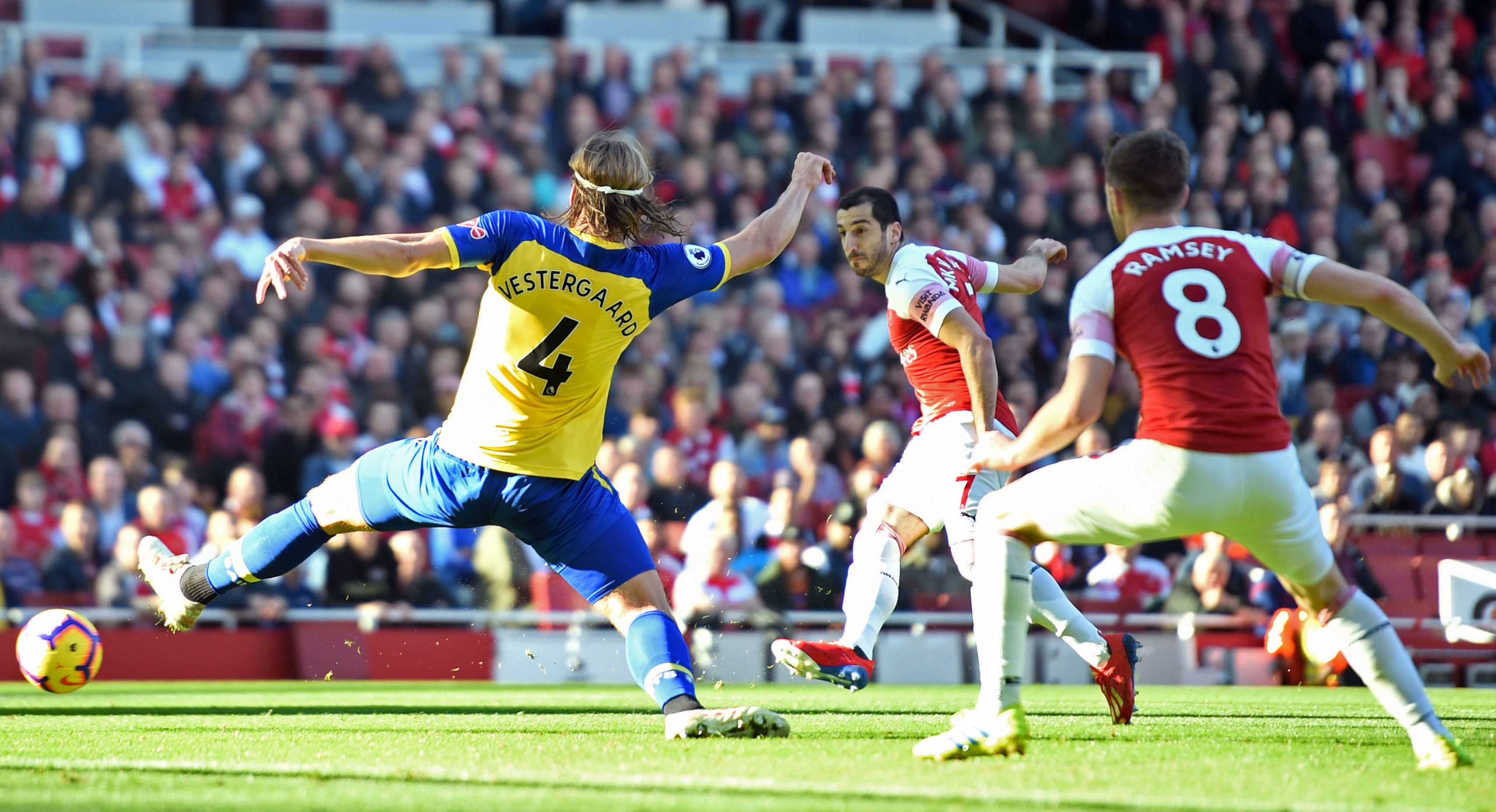 Saints were convinced the Frenchman was offside but TV replays showed linesman Mick McDonough got it spot on when he ruled that Jan Bednarek had played Lacazette on.

And worse was quickly to follow for Ralph Hasenhuttl’s strugglers when Mkhitaryan doubled Arsenal’s lead in the 18th minute from another Iwobi cross.

Once again the goal followed on from a decent spell of Southampton pressure, with Stuart Armstrong’s header blocked by Sead Kolasinac before Leno saved well from Matt Targett. 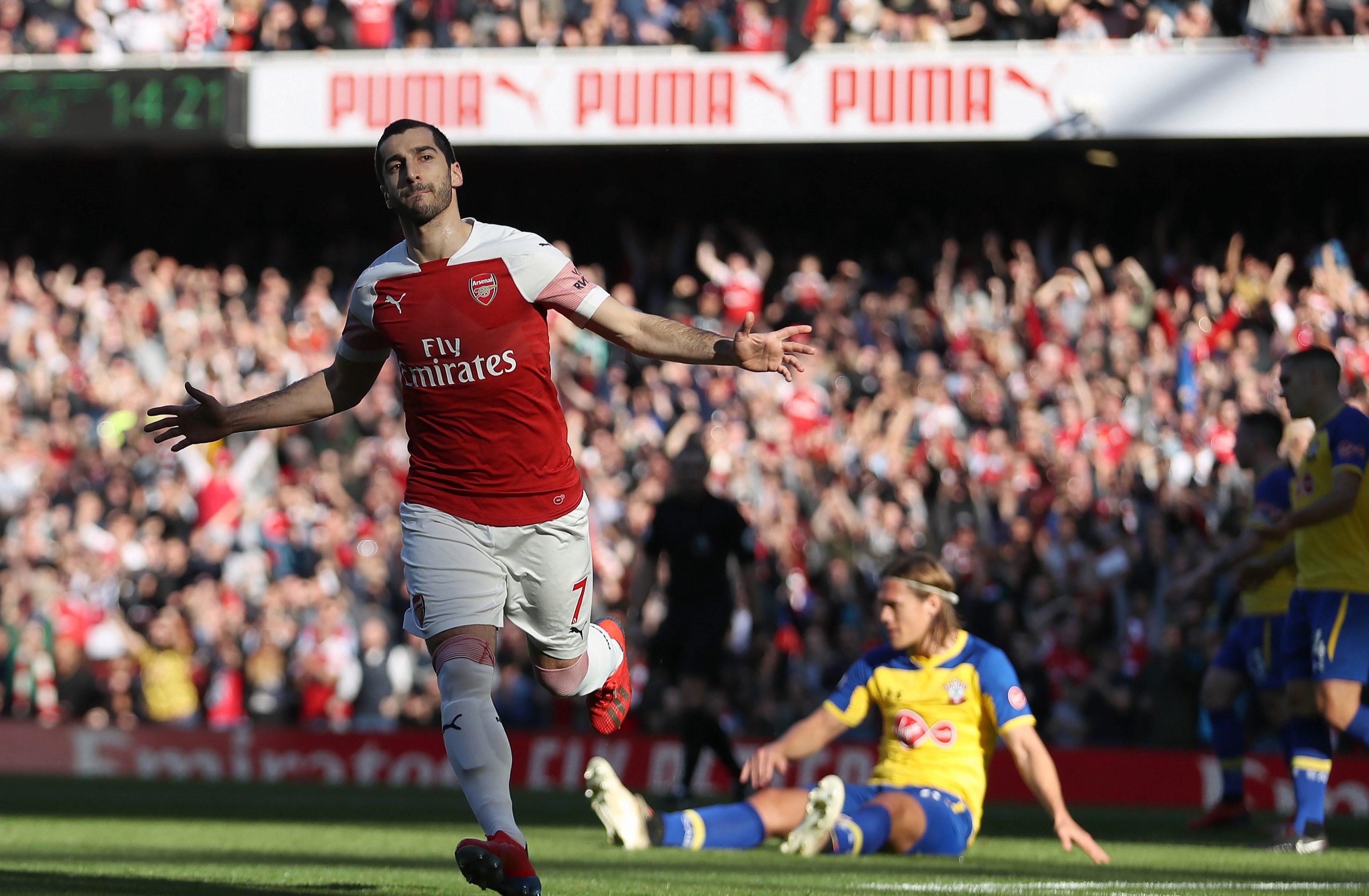 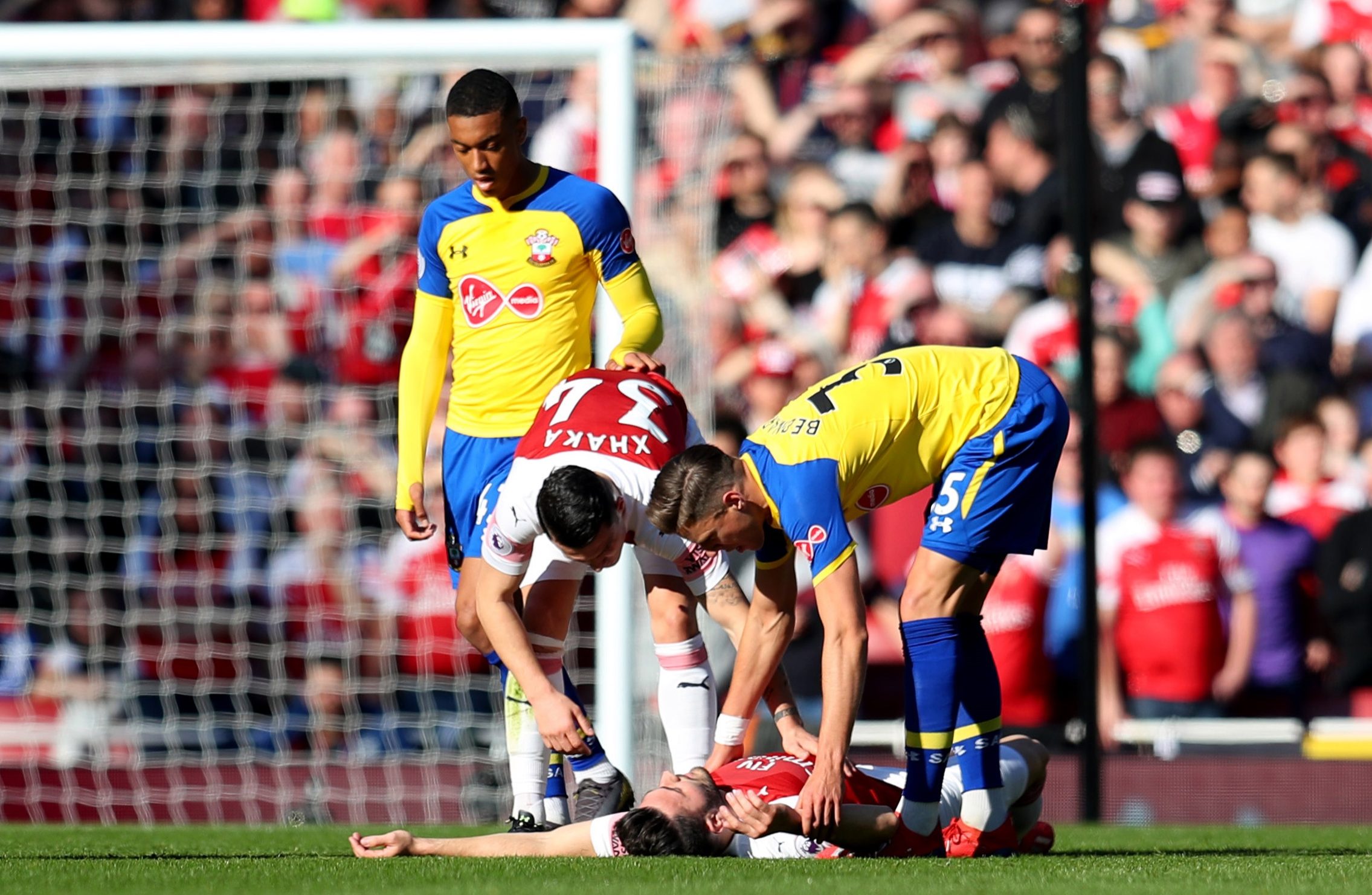 But there was no way back from there and Lacazette could easily have helped himself to a first-half hat-trick as Arsenal looked to boost their goal difference.

The £54million striker was twice denied by fine saves from Angus Gunn but missed his easier opportunity when he blazed over from two yards out.

Hasenhuttl tried to force a change by ditching his five-man defence at half-time and sending on strikers Charlie Austin and Michael Obafemi.

But it was far too late to save the day for a Southampton side who remain stranded in the bottom three and running out of time to save their bacon. 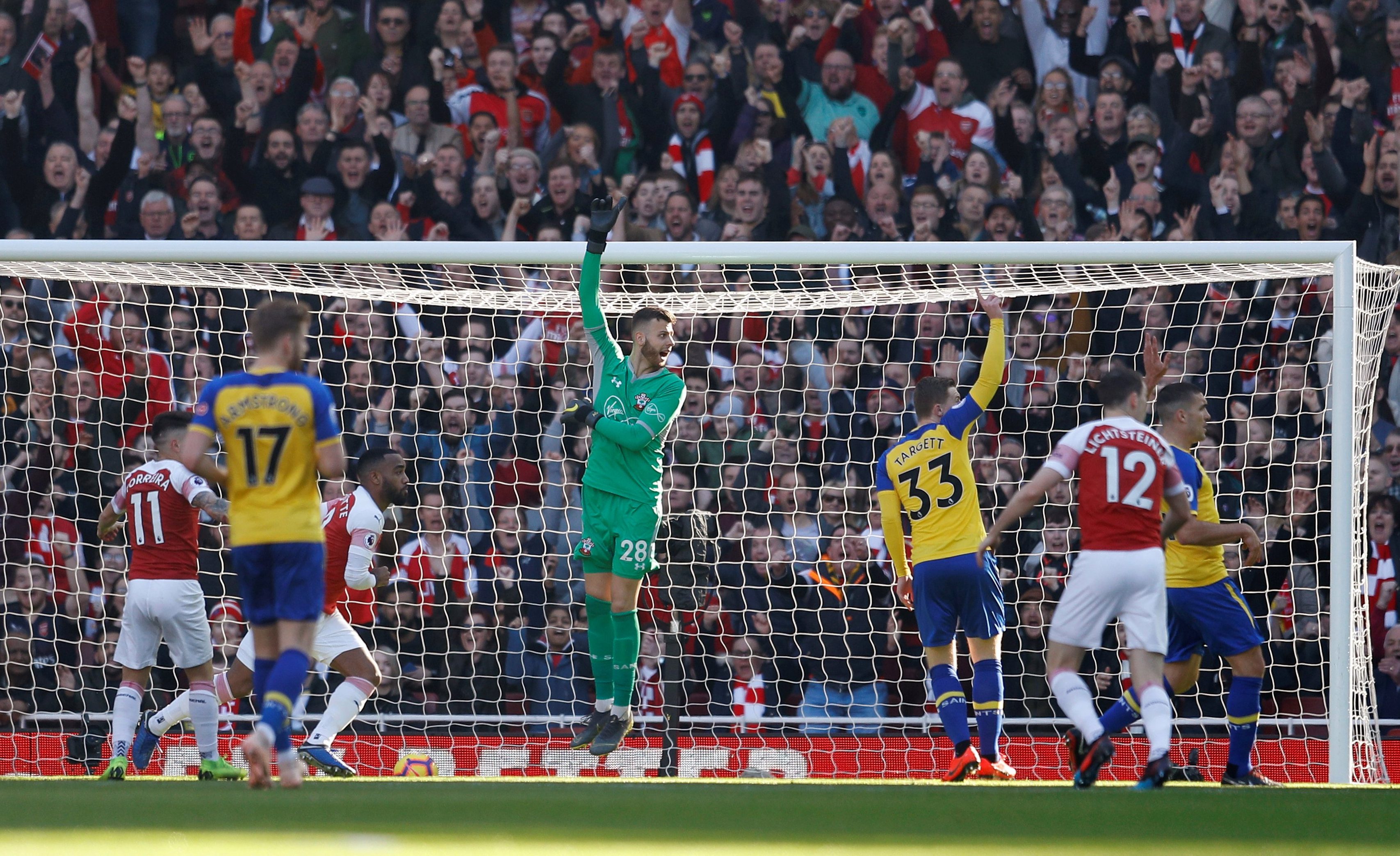 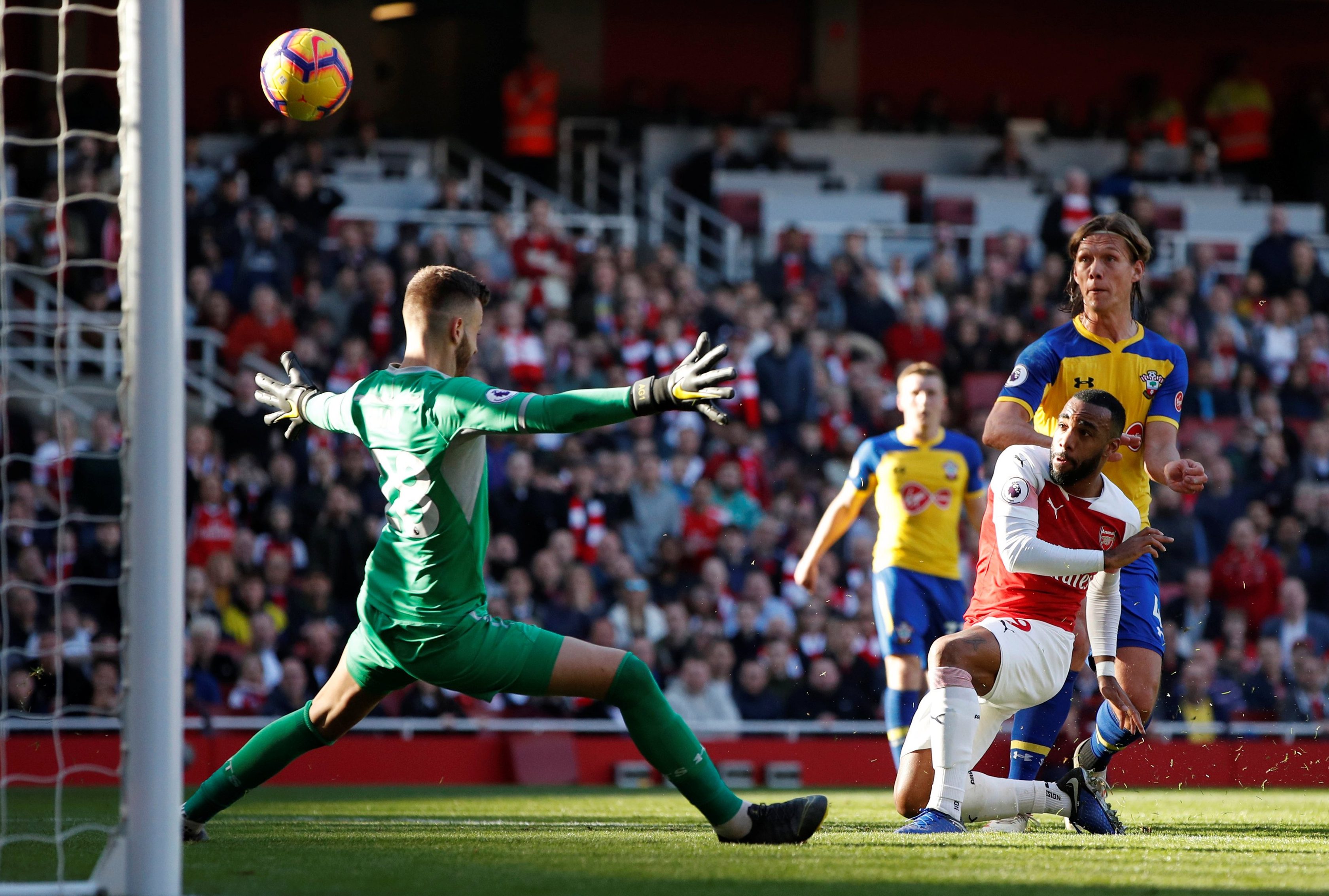