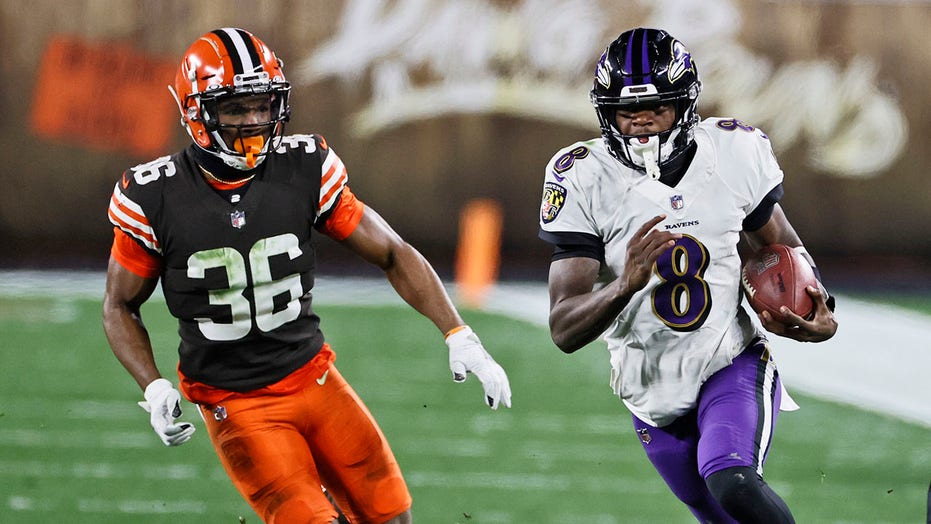 Lamar Jackson played the hero for the Baltimore Ravens on Monday night against the Cleveland Browns and didn’t even need a cape or a mask.

Jackson exited the game about halfway through the fourth quarter as he reportedly battled cramps. After Trace McSorley went down with an apparent knee injury, Jackson came in on a 4th down play and threw a 44-yard touchdown pass to Marquise Brown for the go-ahead score.

Baker Mayfield would strike back.

Mayfield led a quick drive down the field that ended with a Kareem Hunt 22-yard touchdown pass to tie the game with 1:04 remaining in the game.

It proved to be too much time for the Ravens.

Jackson needed only 57 seconds to set up the game-winning field goal for Justin Tucker. The kicker would nail the 55-yarder to give the Ravens the victory. The Browns would try some lateral plays at the end of the game and get tackled in the back of the end zone.

Mayfield finished 27-for-46 with 341 passing yards and two touchdown passes. He made one mistake the entire game and wasn’t sacked.

Nick Chubb had two rushing touchdowns in the game. Hunt added one for himself and even Mayfield had a touchdown.

Cleveland was down 34-20 before Mayfield started the Browns on their come back. He had his hands in three of the Browns’ touchdowns in the fourth quarter to at least make it a riveting game.

The two teams combined for nine rushing touchdowns – the highest total in a single game since the 1920s.

Even with the loss, the Browns are still in second place in the AFC North with a 9-4 record. The Ravens are still lurking in the background with an 8-5 record.