It comes off the back of a second-place finish in Moscow two weeks earlier.

Peel won the aerial event at the Shimao Lotus Mountain World Cup, her first in seven years, having claimed the world championship crown in Austria in 2015.

Her score of 96.58 beat China's Xu Sicun and Ashley Caldwell (USA), who both scored 81.78 with Xu claiming the silver on countback.

The 29-year-old was ecstatic with the win.

"I couldn’t be happier with how today went. We had some really tricky conditions with the temperature in double digits, and some swirling winds," Peel said.

"I'm very grateful to my coaches for getting my speed right on all my jumps and super stoked I was able to put all my jumps down." 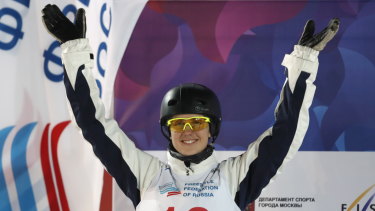