Two former city attorneys filed a lawsuit against the NFL Monday, alleging that the league violated its own policy when approving the Chargers‘ move from San Diego to Los Angeles in 2017, according to a report. 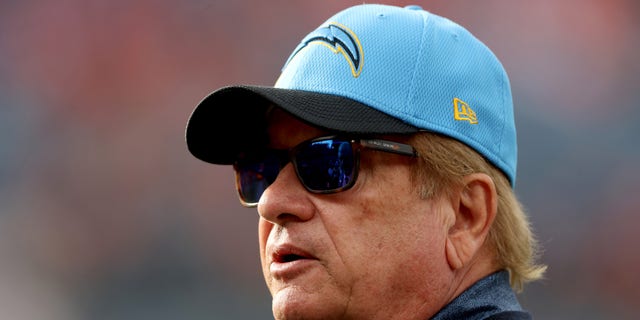 Dean Spanos, owner of the Los Angeles Charges, visits the sidelines before a game against the Denver Broncos at Empower Field At Mile High Nov. 28, 2021, in Denver.
(Matthew Stockman/Getty Images)

“The Chargers’ statements suggesting the Chargers … [were] looking for a way to stay in San Diego in and after 2006 were false,” Severson wrote in the complaint. “Chargers Football owner Dean Spanos had already made up his mind to move the team to Los Angeles, according to the former Chargers Football’s chief operating officer.”

The lawsuit comes on the heels of a similar case.

In November, the NFL and Rams owner Stan Kroenke were ordered to pay $790 million to settle a lawsuit filed by St. Louis interests over the team’s relocation to Los Angeles in 2016. 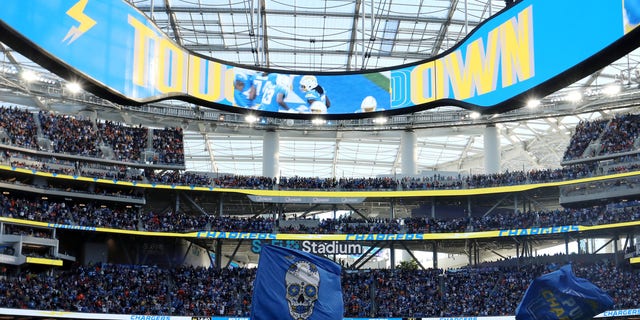 A general view of SoFi Stadium during the fourth quarter of a game Jan. 2, 2022, in Inglewood, Calif.
(Katelyn Mulcahy/Getty Images)

The 2017 lawsuit filed on behalf of St. Louis, St. Louis County and the St. Louis Regional Convention and Sports Complex Authority, said Kroenke, other team officials and the league knew as early as 2013 that the Rams planned to relocate but lied when they denied it. The lawsuit said the league ignored its own relocation guidelines in allowing the move.

According to the Union-Tribune, San Diego Mayor Todd Gloria told a citizen San Diego officials were not in the same position as officials in St. Louis were to pursue legal action.

“Unfortunately, previous administrations in the city of San Diego twice waived the city’s rights to any claim against the NFL and the Chargers for relocation after the 2008 NFL season,” he said in an email.