Italian outlet Repubblica claim the Italian side are pursuing a loan deal for the Spanish goalkeeper that will see them pay 50 per cent of his wages. 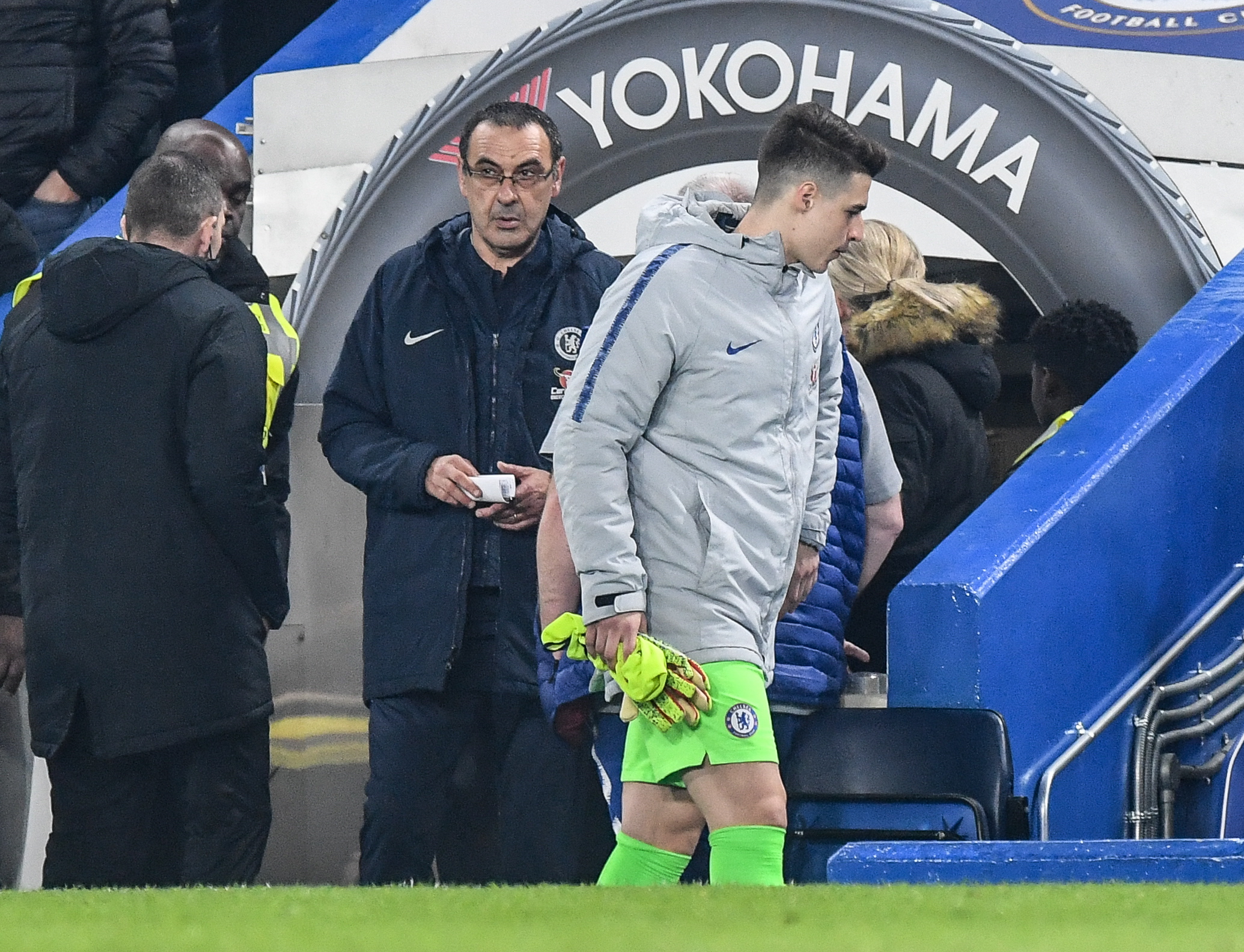 Pepe Reina, 38, is currently Lazio's No 1 but they are said to be looking for a longer term solution.

The ex-Liverpool keeper is on loan from AC Milan and his deal expires at the end of the season.

Kepa, 26, lost his place to Edouard Mendy last season, despite the Blues having paid a goalkeeper world record £71million for his services in 2018.

The Spaniard featured sporadically under Thomas Tuchel, but could be offered an escape route to Italy in the coming months.

But SunSport previously reported that Lazio's new boss Sarri is surprisingly eyeing a reunion with Kepa after their epic row at Chelsea.

The pair famously clashed during the closing stages of the 2019 League Cup final.

Kepa refused to be replaced by Willy Caballero after suffering from cramp minutes before his side lost on penalties to Manchester City.

The 26-year-old was fined a week's wages for the incident and was also confronted by Chelsea's senior players over his antics at the time.

Chelsea are keen to get the Spanish International's £150,000-a-week wages off the books.

Kepa, who started the club's 1-0 FA Cup final defeat to Leicester last month, last featured for the Blues on the final game of the season.

He penned a seven-year contract – one of the top ten longest in football – when he made the move to Stamford Bridge in 2018.