Leading out England at Wembley was the proudest moment of my life but inside I was a wreck, says Tony Adams

TWENTY-FIVE years ago England’s football fans really were believing that years of hurt could end when football came home for Euro ’96.

This week The Sun reveals the secrets behind our hosting of Europe’s biggest international tournament, starting with hero skipper Tony Adams. 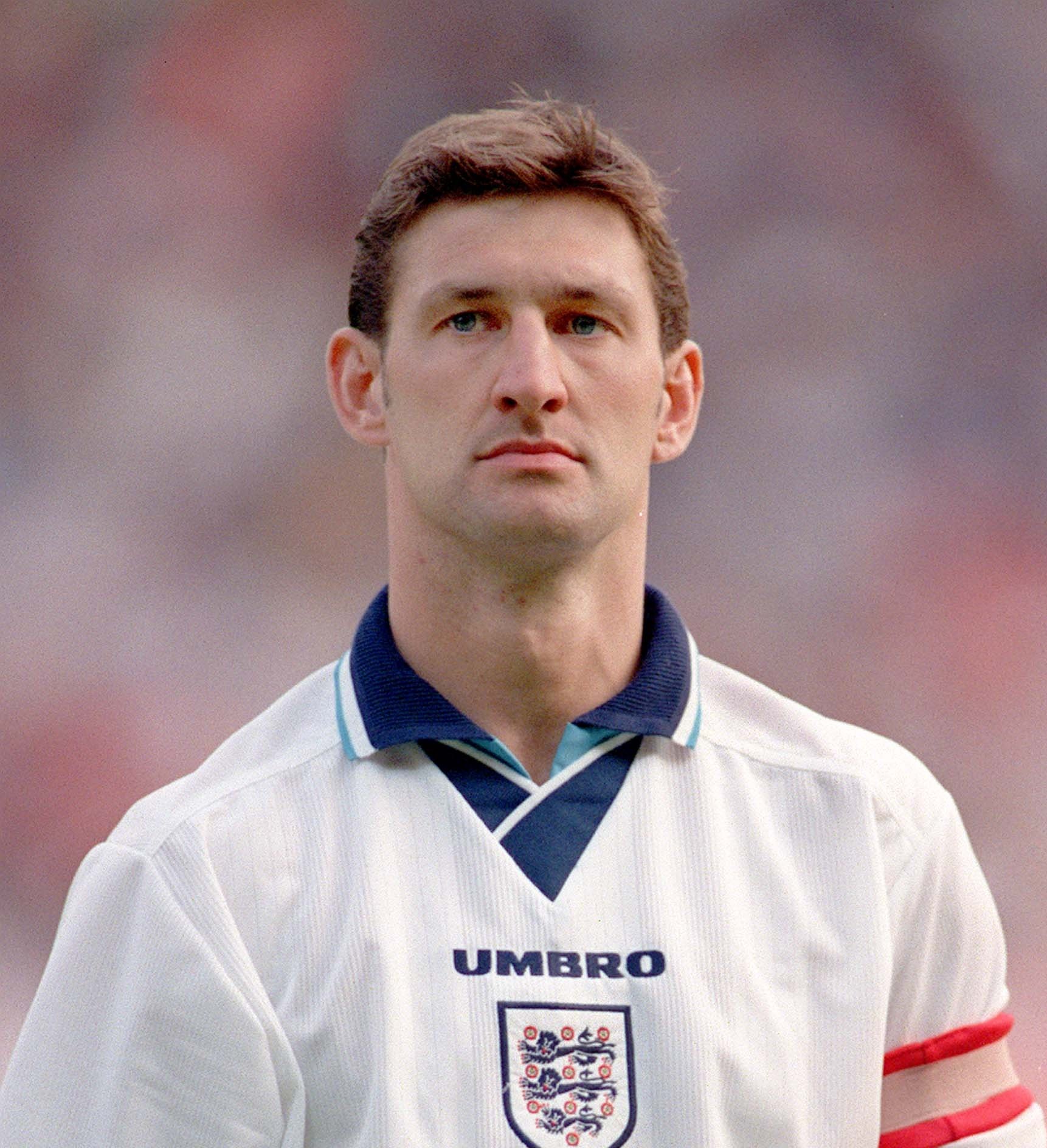 Now 54, he tells how after years of battling addiction, he banished his demons in the summer of 1996 and found redemption – and says Gareth Southgate’s side can do the same when the delayed Euro 2020 kicks off this Friday.

Now an armchair fan like the rest of us, the former Arsenal defender says: “We can win this! It would mean so much for all of us from Euro ’96.”

WHEN England were to brush agonisingly close to glory in 1996, Tony Adams was at the heart of it all.

He was the captain the whole team looked to, from the moment he led them on to the pitch at Wembley for the opening match against Switzerland. 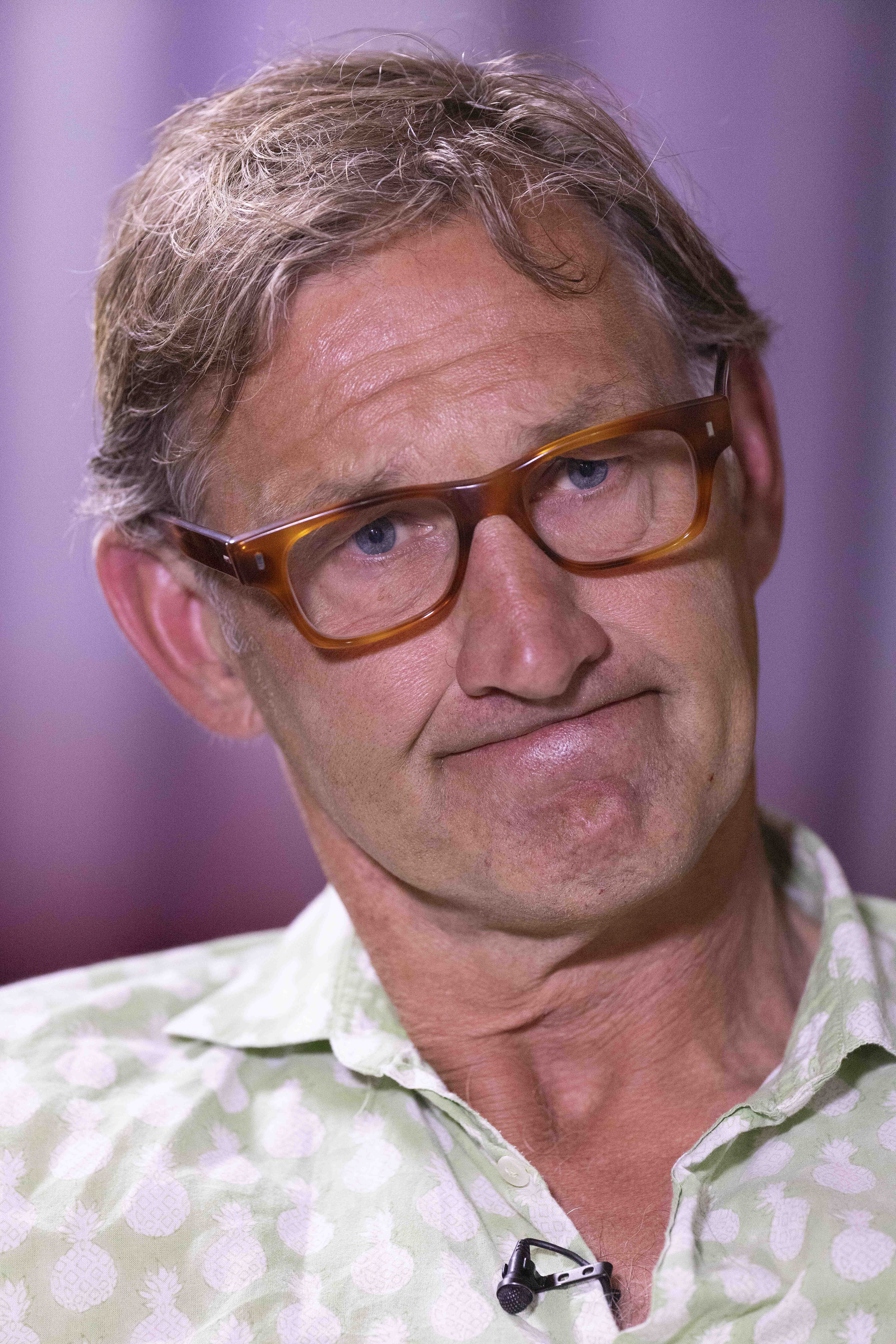 “It was the top, you know,” he says. Even now his eyes glisten at the memory and his voice starts to crack.

But Tony’s Euros story doesn’t begin here. Nor does it start with anything in the build-up, the dentist’s chair drinking games in Hong Kong or any of that carry-on.

No, for Tony it started eight years earlier with his first tournament for his country, the European Championships of 1988.

“I had a horrific tournament,” he says. “On and off the pitch, it was damaging.”

England lost to Ireland and were then dismantled by Holland with the rampantly brilliant Marco Van Basten hat-trick.

For Tony, it was all nothing short of traumatic.

He reveals: “I was so young, you know, 22 years of age, playing against the Dutch and probably the greatest player on the planet at the time.

“I got turned inside out for a couple of the goals and it was like all the blame was coming towards me. 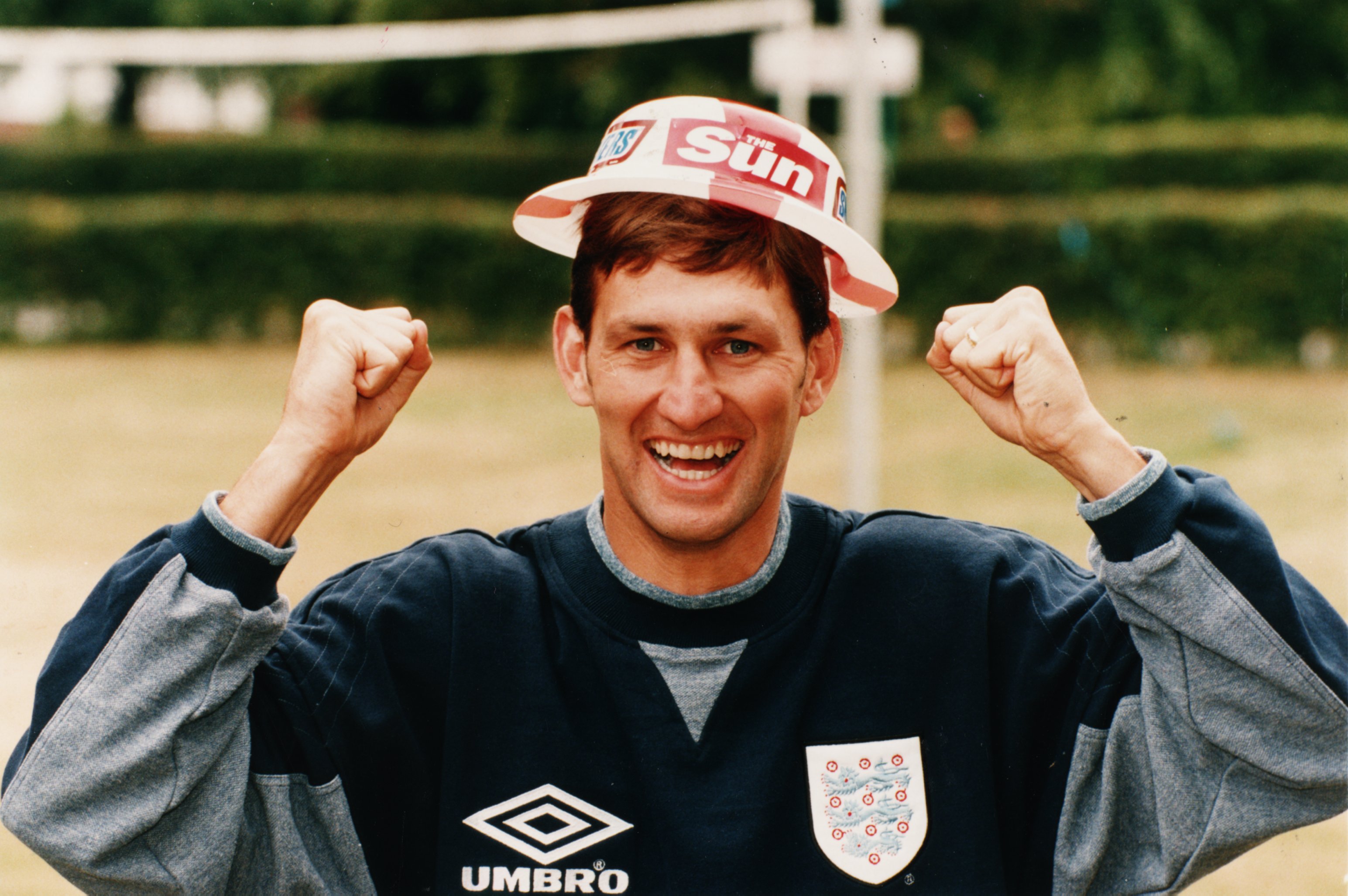 “I had no tools to cope. I had a good drink after we went out of the tournament and ended up weeing the bed. The chambermaid found it.

“When I went down for breakfast with the squad, all the lads stood up and they were going, ‘Pee, pee, pee, pee’.” Tony wafts his hand under his nose, mimicking them.

He continues: “The humiliation and the shame — I laughed it off and put the front up but inside that really did hurt. That really killed me.”

And there was more humiliation to come for Tony when the squad returned to England.

The great season he’d just had with Arsenal, winning the Littlewoods Cup against Liverpool and being awarded the Fiat Uno Young Player Of The Year award, now counted for nothing.

He says: “Oh my God, I remember when we landed at Luton and running to my Fiat Uno with about three busloads of England supporters chasing me.”

And that was the last Tony saw of tournament football with England for eight long years. Off the field, sinking ever deeper into his addiction to alcohol, his life was in chaos. 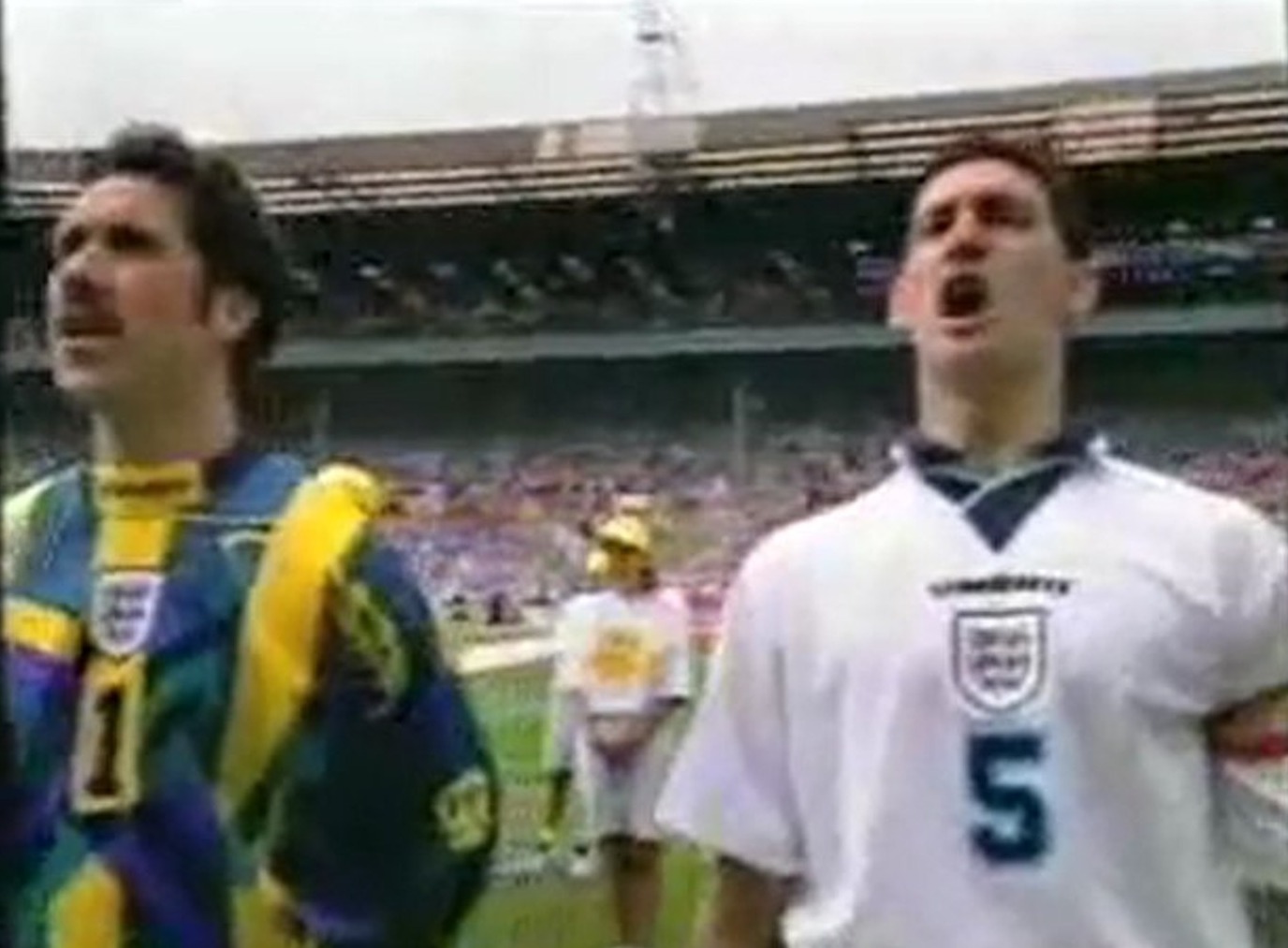 He didn’t make the squad for Italia ’90, and barely even remembers the famous semi-final and Gazza’s tears.

“I watched it in a social club just where I lived, drinking and getting smashed,” he recalls. “I felt no emotion about anything at that point.

Having shown his natural leadership at Arsenal, new England manager Terry Venables named Tony as captain — but the build-up to the competition could hardly have been more inauspicious for him.

In January his then wife — like him, losing a battle against addiction — went into treatment.

In February an injury in training put him out of action for several weeks. And all the time alcohol was tightening its grip.

He says: “In March I passed out while looking after my three kids. 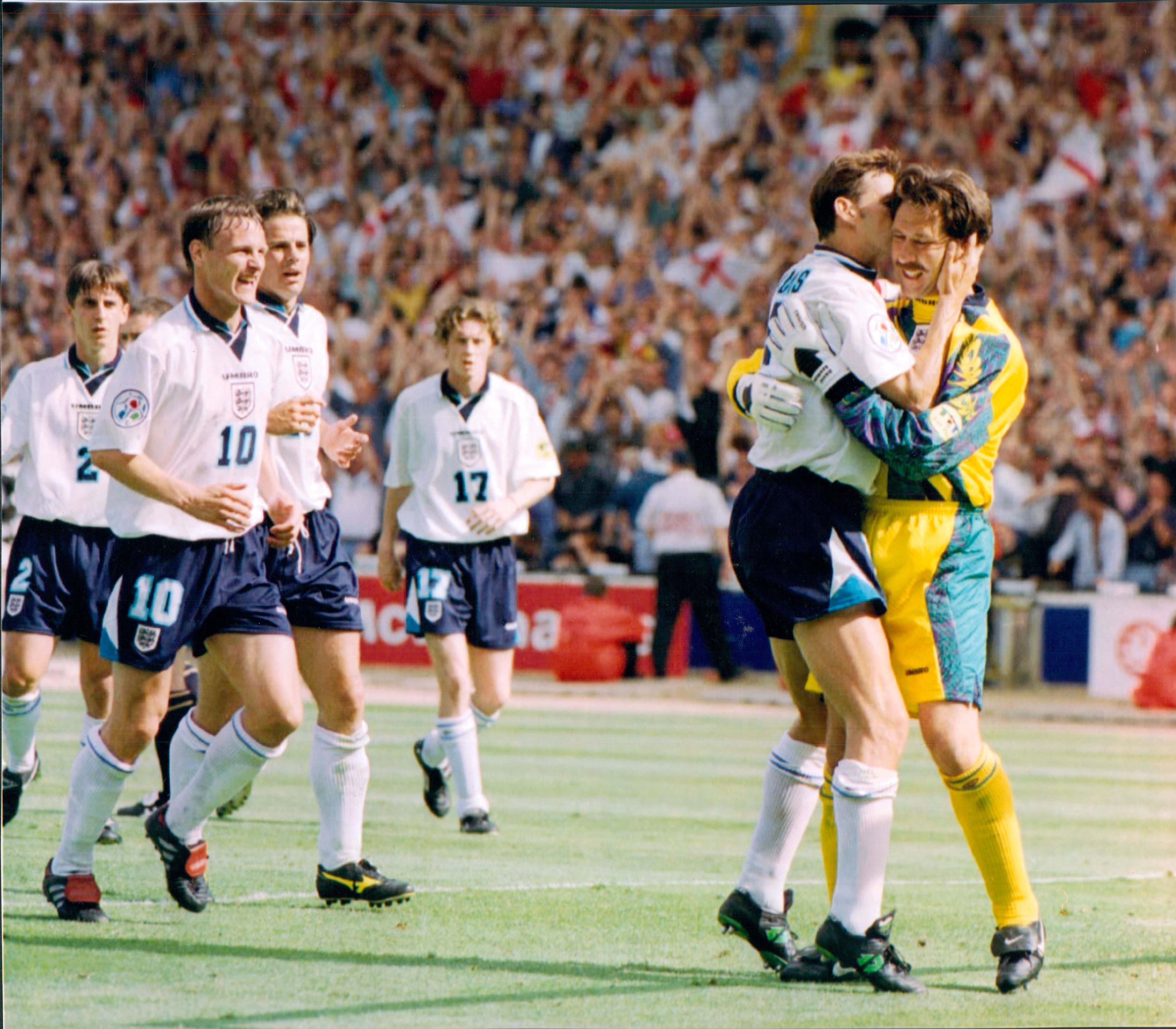 “It was a Sunday afternoon and I’d drunk six or seven bottles of Chablis and passed out. I woke up with my mother-in-law smacking me around the face, saying she’d take the kids off me.

“By April, I had kind of come to the place where I knew something was up. There was something about that tournament.”

For Tony to become the leader and player he needed to be, the drinking had to stop until the tournament was over. He would, as he puts it, “white-knuckle it” for as long as it took.

“I had this mask on, this wall of denial. I am the skipper, I am the captain. So when they said to me, ‘Would you want to go down to a club with a dentist’s chair?’ and all that, I said, ‘Go on, you go and have fun’.

“I was absolutely scared to death because I knew at that point if I had that first drink I couldn’t stop.

“And I knew somewhere deep inside of me I had to stop or there was no tournament for me.

“I was sweating and shaking, and I remember knocking on their doors the next morning, saying, ‘Come on lads, training’ — so I was all training and the football pitch. 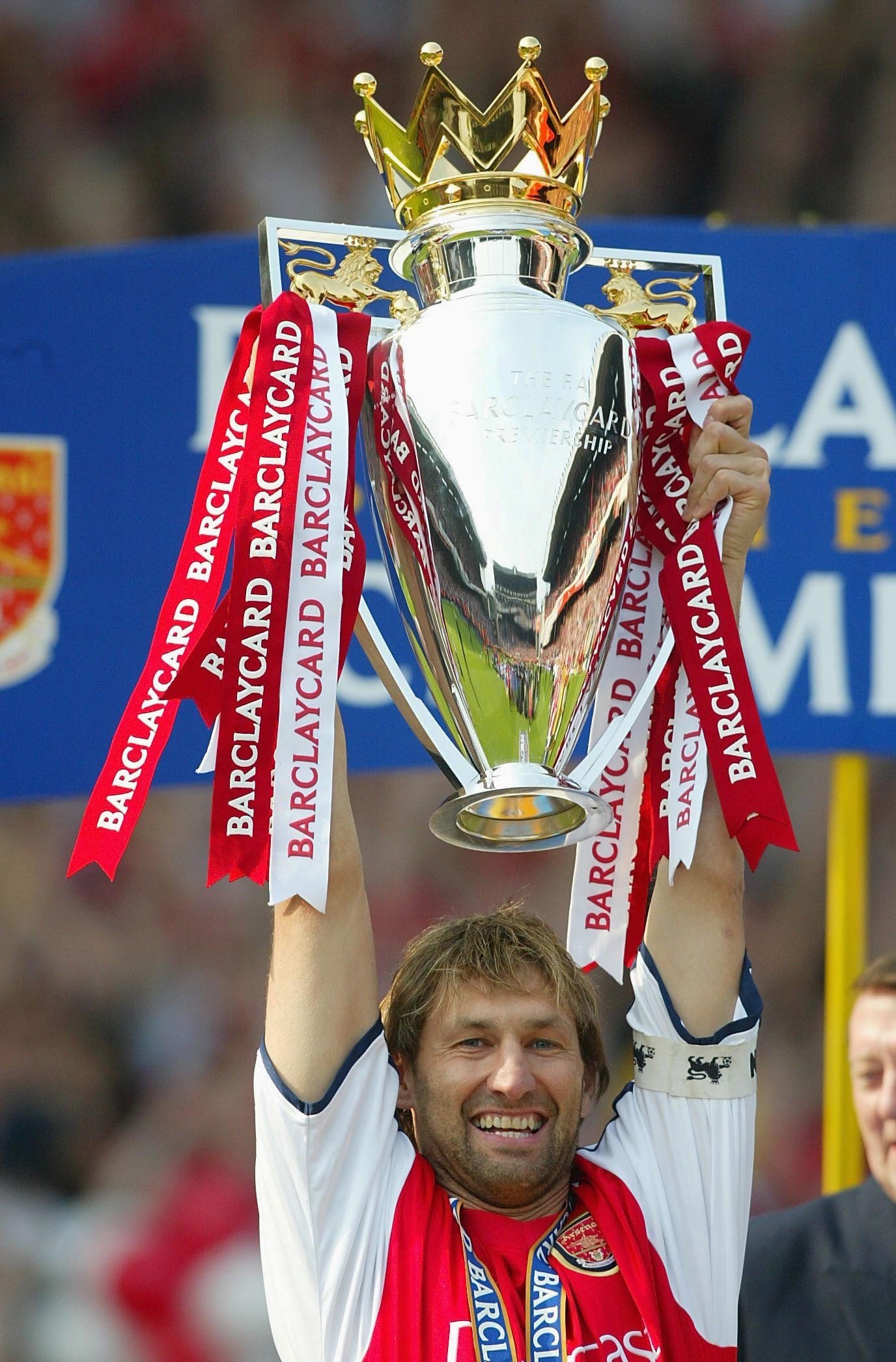 “I knew how to not drink and play football, and football was the thing that was kind of holding me together at that point.

“The paradox of all this is that the proudest moment of my life was leading out my country at Wembley.

“But personally, I was a complete and utter wreck. Such a conflict going on. And it was so intense.”

Tony was just relieved to get through that first match against Switzerland, which was a 1-1 draw.

He said: “Even if you just take a point, you taste the atmosphere. You know what it is going to be like, you are in the competition.”

Now he felt he was really back in business: “I had been around the block. I was 13 years into my professional career. I was a seasoned pro, being captain at Arsenal for nine years, so I think I knew what I was doing on the football pitch.

Against Scotland, disaster struck when he gave away the penalty, but he got away with it. “This England captain felt very ashamed, and the minute I did it I kind of went, ‘Oohh’. But the goalie did me proud and I went across and gave him a big kiss on his forehead.” Moments later, Gazza scored his wonder goal, and that game was done. Next up, for Tony, was the big one — Holland. Still scarred by the defeat at their hands eight years earlier, this was the victory he wanted more than any other.

“It was my redemption, to be honest with you, from ’88 and losing heavily, a young boy at 22 getting ridiculed, and it was just a little bit of revenge. It was really emotional personally.”

The quarter-final against Spain is another match Tony frames in terms of redemption — in that case for Stuart Pearce and his penalty.

“That was his redemption from 1990, getting up and smashing it in and going to the fans. I was so proud of Stuart because he totally deserved that.” But there were no further redemptions that summer — against Germany in the semi-final it all fell apart.

After England lost on penalties, having drawn the game 1-1, the skipper held it together for a few moments longer to console Gareth Southgate, who missed the crucial spot kick, and the rest of the team. 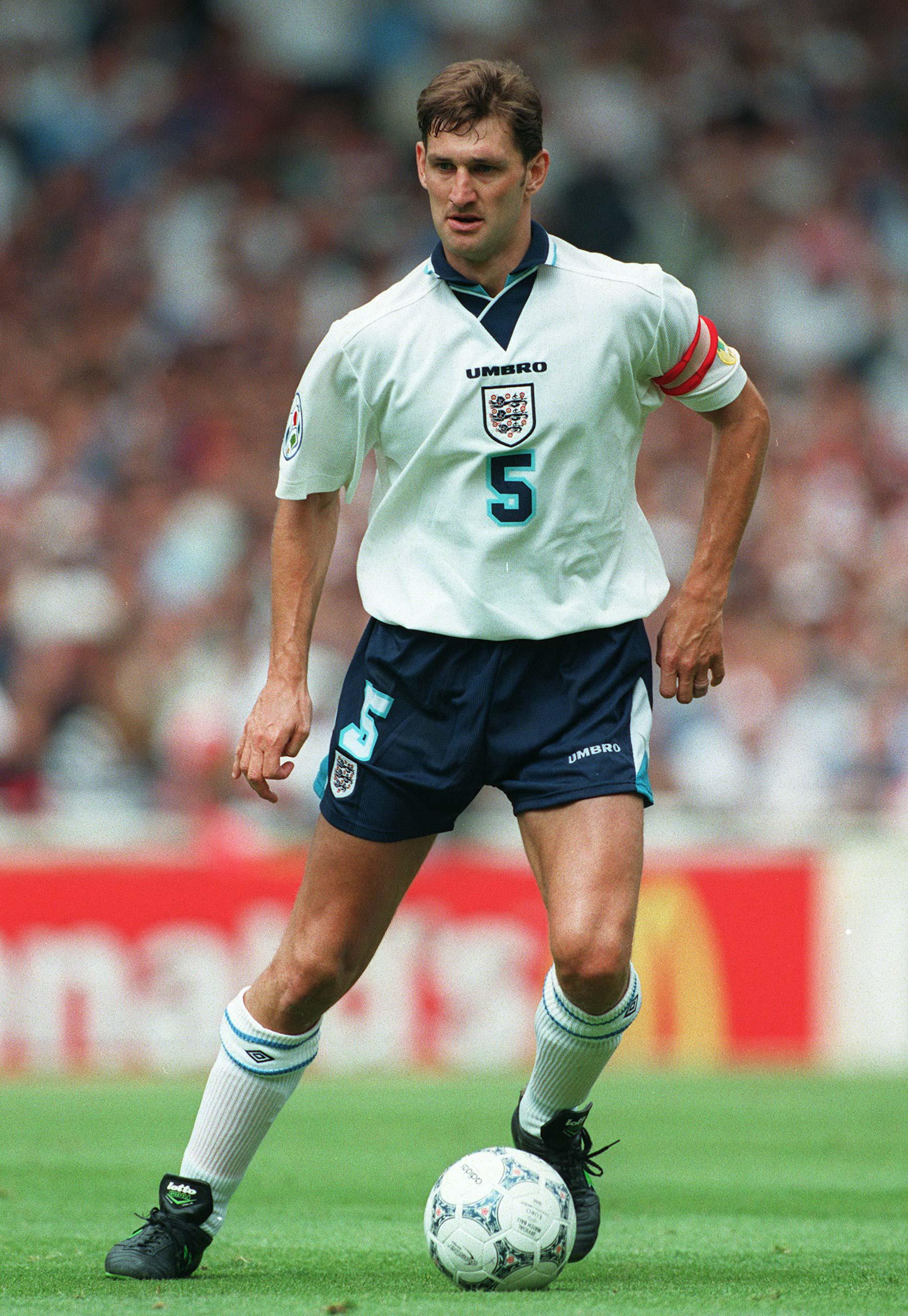 He says: “I remember thinking, ‘OK, I will go and break down later, but first and foremost you are the captain of the team, you need to go and help this person’.”

An hour or so after that, someone handed Tony a can of beer, and that was that. “I was away on a six-week bender during which I did everything I’d done in the previous 12 years of drinking — weeing myself, blackouts, things coming out the windows. I went to some sordid places.”

Euro ’96 turned out to be the last sticking plaster holding Tony together. When it was torn away, he soon went to pieces completely.

And now, finally, he got the help he needed to address his issues and change his life for ever. Euro ’96 somehow ended up being the turning point in his life story.

He reveals: “We got so close to winning it, and I will be forever grateful for that. It still hurts me, but personally I had a significant shift in my emotional experience that completely changed my life for the better.” Since then he has given up alcohol for good.

And what about one more redemption, this summer, for Gareth? Tony will be suffering with the rest of us praying for it.

“We have got some super players that are every bit as good as Euro ’96. 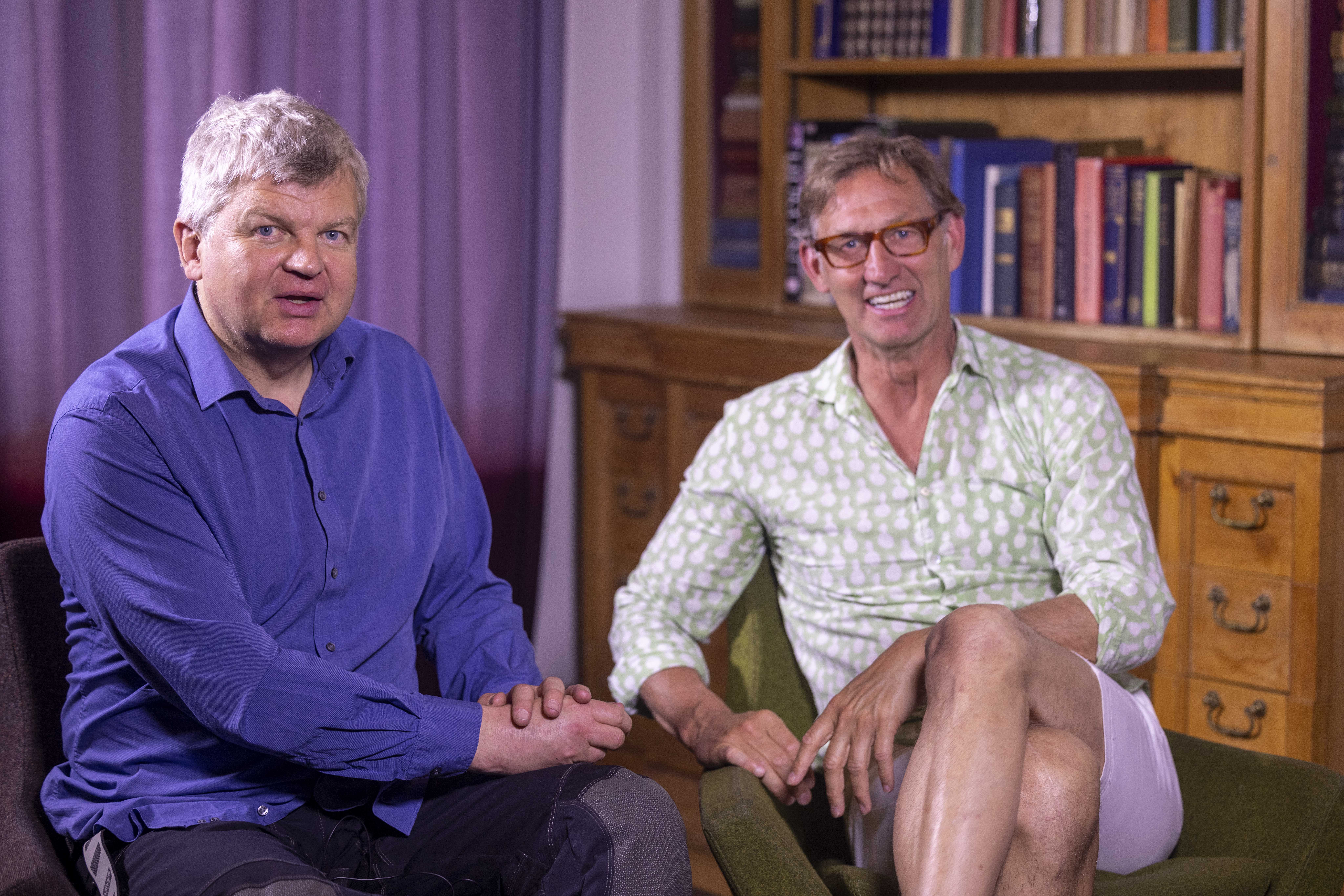 “Technically good defenders? We are awash with them! Harry Maguire, John Stones and Tyrone Mings are all so talented. Mings, he’s bigger than me, really strong.

“I am more engaged now watching it. I’ve joined the real fans,” he laughs. “I’m like you now.”