Publicity stunt or legitimate talent? It remains to be seen whether Usain Bolt can translate his freakish ability in running spikes into any sort of football career.

Yes he has trialled with German giants Borussia Dortmund and had a training session in Norwegian club football, but no one really knows whether the 31-year-old has what it takes to hold down a regular place on any professional team. 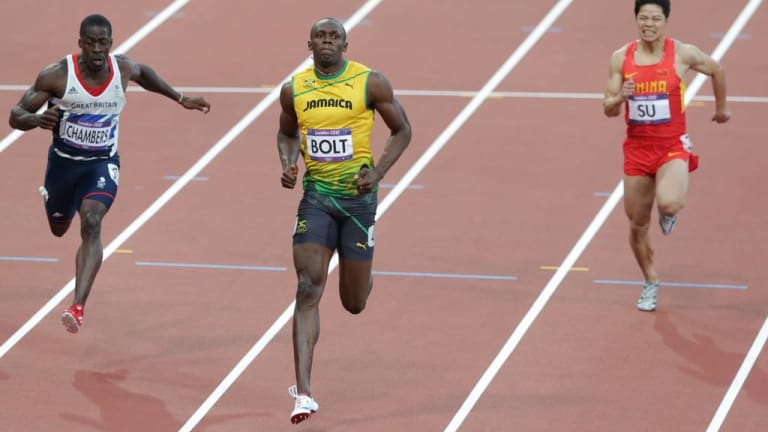 Out in front: Usain Bolt of Jamaica leads the pack during the Men’s 100m semi-final.

Bolt's manager Tony Rallis, for one, is adamant his client's best is good enough to "play a part in an A-League competition", so if he does make the grade, how on earth will opposition teams slow him down?

Swarm him. Firstly, it needs to be determined if Bolt can actually play and do something with the ball at his feet.

If he can, the best approach for containing the world’s fastest man may be to throw any number of players his way in defence and midfield in an attempt to reduce his impact.

Man-marking. Coaches may (optimistically) employ one defender and task him with doing his best to contain the sprint king.

Teams did attempt that at times with fellow speedster Mohamed Salah last season – and we all know how that worked out (EPL player of the year, Golden Boot etc, etc).

Size and strength. Considering Bolt is listed at 1.95m and 94kg, he won’t be easily intimidated. But any team that possesses a big, old-fashioned centre-back could use him to unsettle the Jamaican whenever he ventures into the box.

Or if there are any Kevin Muscat-types left in the professional game, they might try to physically restrain him. 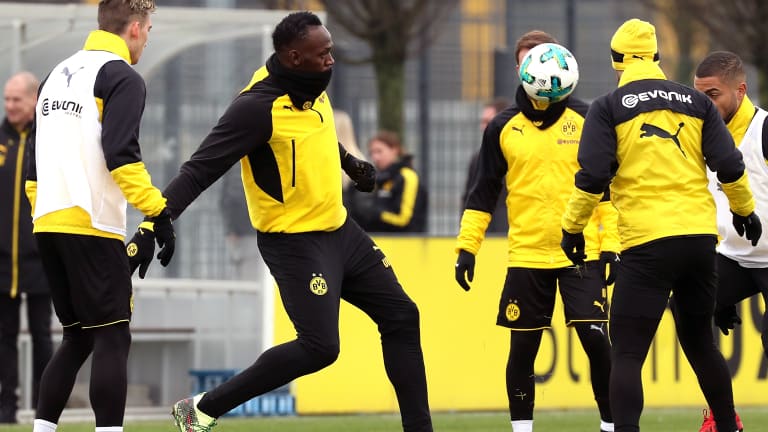 Not his first: Usain Bolt has trained with the likes of Bundesliga giants Borussia Dortmund.

Maintain a perpetual last-line. Clearly if the Mariners put long balls over the top for Bolt to chase, no one will get near him.

Teams might be best served stationing a defender just in front of the keeper and hope he can get to those speculative balls first.

Pray. Let’s be honest, if Bolt can play, teams won’t have a clue how to defend him for 90 minutes.

So the best hope of defending against the dual world record-holder might lie in a little divine intervention.