Indiana forward Bojan Bogdanovic scored 30 points to lift the Pacers to 92-90 come-from-behind victory over the Cleveland Cavaliers on Friday night at Bankers Life Fieldhouse in Indianapolis. 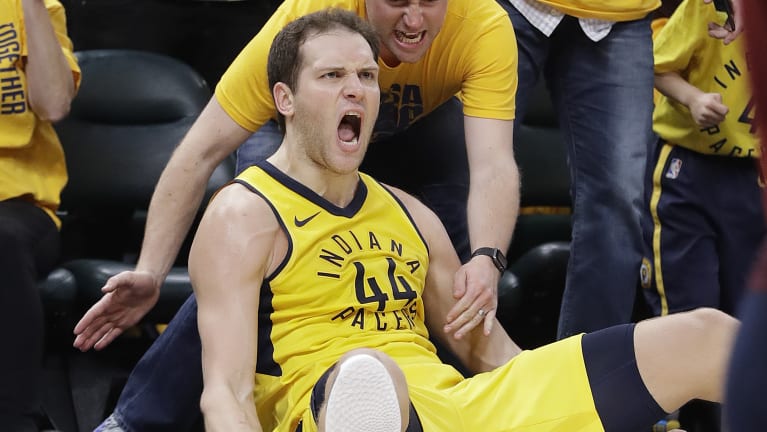 On fire: Bojan Bogdanovic after hitting a three.

Bogdanovic scored 15 in the fourth quarter as the Pacers overcame a 17-point halftime hole to take a 2-1 lead in the first-round playoff series. Game 4 will be Sunday night in Indianapolis.

After 3-pointers by James and Love cut the Pacers' edge to 91-90 with 7.7 seconds to go, Pacers guard Darren Collison hit the first of two free throws with five seconds to go. JR Smith missed a game-winning 3-point attempt at the buzzer.

Bogdanovic's 3-pointer cut the Cavaliers' lead to 75-73. Oladipo hit two free throws with 8:38 to go to tie it at 75-all. With the scored tied at 77-all, Bogdanovic converted a four-point play after being fouled on a 3-pointer to give Indiana its first lead at 81-77 with 6:01 left in the fourth quarter. After Cleveland threw the ball away, Bogdanovic sank another 3-pointer. 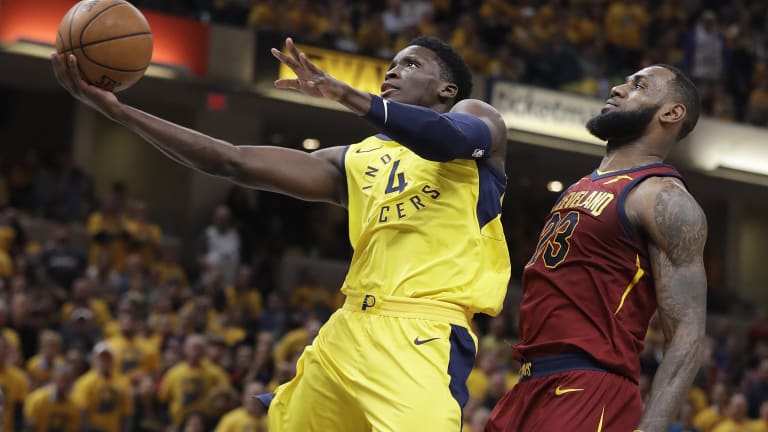 Back-to-back 3-pointers by James closed the gap to 84-83. After James hit one of two free throws, the Pacers went on a 7-0 run, started by Bogdanovic's driving layup and followed by his 30-foot 3-pointer.

The Pacers shot 46.6 percent while the Cavaliers hit 44.2 percent.

Love, who reportedly partially tore a ligament in his left thumb in Game 2, scored 16 as Cleveland dominated with a 57-40 advantage at halftime. Love sank a 3-pointer with 39 seconds remaining in the half to give the Cavs the 17-point margin, their largest of the half.

Cleveland shot 53.8 percent in the first half while the Pacers hit 45.7 percent.